Migrant deaths in the Sahara at least double of Mediterranean toll, UN says 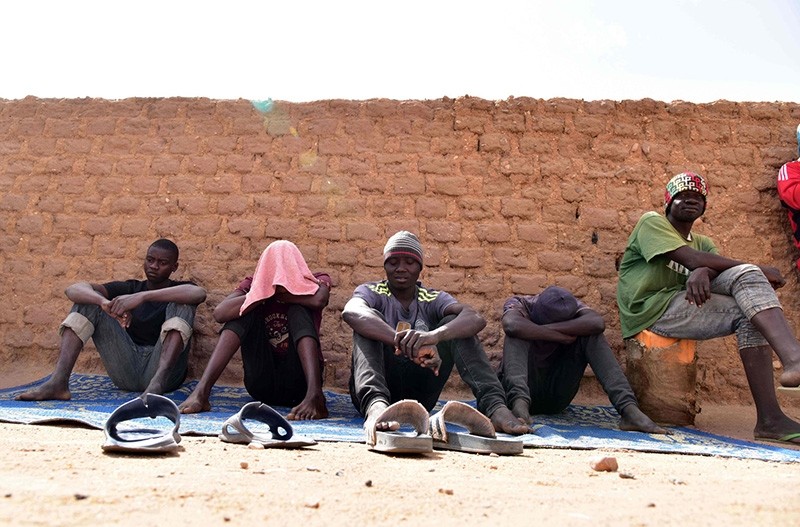 This file photo taken on April 01, 2017 shows migrants from West Africa waiting in Agadez, northern Niger, as they wait to go to Libya from where they will attempt to reach Europe by crossing the Mediterranean sea. (AFP Photo)
by Oct 12, 2017 12:00 am

West African migrants trying to reach Europe are dying in far greater numbers in the Sahara than in the Mediterranean but efforts to dissuade them may cause new routes to open up, the United Nations migration agency said on Thursday.

So far this year 2,569 migrant deaths have been recorded in the central Mediterranean, while more than 107,000 migrants, mainly West Africans, have reached Italy.

"One thing we still don't have is any estimate of number of deaths in the desert," Richard Danziger, the U.N. International Organization for Migration director for West and Central Africa, told a news conference in Geneva.

"We assume, and I think we have said before, that it has to be at least double those who die in the Mediterranean. But we really have no evidence of that, it's just an assumption. We just don't know."

In Niger, a main transit route, people smugglers were increasingly scared of the authorities, which might make them more prone to abandon migrants in the desert, he said.

Many migrants had told of deaths in the desert, and some said the smugglers believed that if they drove fast through minefields they would be safe, said the IOM's Niger mission chief, Giuseppe Loprete.

Migrant numbers heading through Niger have fallen dramatically after strong action by the government to close migrant "ghettoes" and arrest people smugglers, he said.

IOM was also trying to spread the word that "you do not want to get caught in Libya," Danziger said.

"What happens in Libya is far scarier to people than dying, the horror stories that returnees come back with."

Many of the smugglers did not see themselves as criminals, and were often former desert guides trying to make money. Many of them had given up, while organized criminals with contacts in Libya were continuing, Loprete said.

"Right now they are looking for alternative routes, I think at least equally dangerous," he said.

"When you plug one hole, other holes are going to open up," Danziger said.

Niger had two routes to Libya: one closer to Chad that was used to smuggle migrants and one closer to the Algerian border that was far more dangerous and was used by extremist groups and for drugs and gun-running.

An alternative was through northern Mali, a region beset by conflicts between rival groups, but but there did not seem to have been a dramatic rise there, Danziger said.

The route considered the safest was along the western coast of Africa, via Senegal, Mauritania and Morocco to the Strait of Gibraltar, and migrant flows there had increased, he said.