South Korea PM says Olympics will be success despite tensions 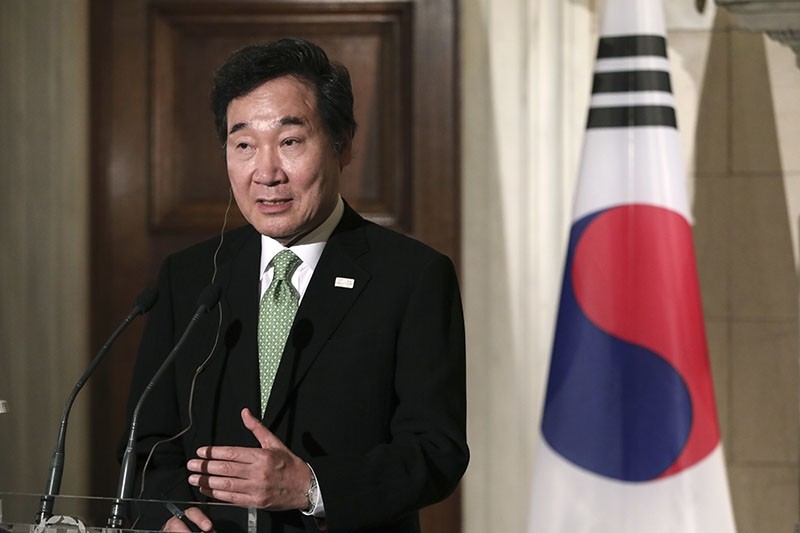 South Korean Prime Minister Lee Nak-yon said tensions with North Korea will not prevent the 2018 Winter Olympics in Pyeongchang from being as successful as other global sporting events held in the country.

South Korea staged the 1988 Olympics and co-hosted the 2002 soccer World Cup with Japan. Both events were marred by instances of aggression by North Korea.

In November 1987, nine months before the Summer Games in Seoul, North Korean agents detonated a bomb on Korean Air Flight 858, killing all 104 passengers and 11 crew.

But speaking to South Korean businessmen in Athens, Lee pointed out that the 1988 Games were the most participated-in Olympics held up to that point.

"The Pyeongchang Olympics will also be a success," he added, in quotes carried by Yonhap News Agency on Monday.

Lee also described the Games as an opportunity for North Korean leader Kim Jong Un to send a message to the world that the nuclear-armed nation was in favor of peace.

"[It] will be a good opportunity for the North Korean leader to send a message that 'what we want is not anxiety but we also want peace,'" Lee said.

There is no word yet on whether North Korean athletes will participate in the Games in the mountainous resort town of Pyeongchang, just 80 kilometers from the heavily fortified border with North Korea, but Lee said the signs were "positive."

Tensions on the Korean peninsula have risen in recent months as Kim Jong Un and U.S. President Donald Trump exchanged threats and insults over the North's nuclear and missile development program.

France's Sports Minister Laura Flessel said last month that if the crisis in the region deepened and athletes' security could not be guaranteed, they would not travel to the Games.

Members of France's Winter Olympics team, however, have remained optimistic the country will not boycott.

South Korea has been taking extra measures to try to ensure the safety of the 2018 Winter Games, including reportedly setting up a crack cyber defense team and doubling the number of troops.