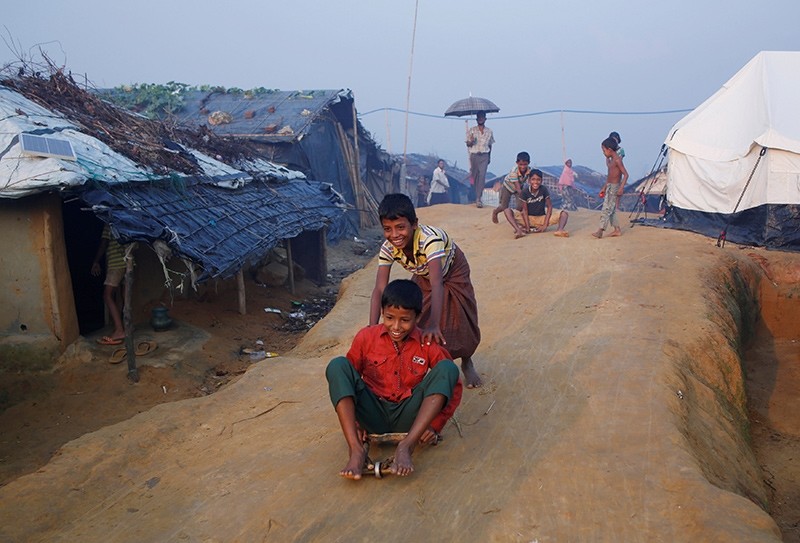 Some 264 million school-age children and young people worldwide were not in education in 2015, the United Nations culture and education agency UNESCO said Tuesday.

The agency also warned that moves in many countries to hold schools accountable for results can backfire if they are not carefully designed.

And it said that increasingly widespread policies to give parents more choice as to which school their children attend, including voucher programs, could worsen educational segregation.

After a decline in the early 2000s, out-of-school rates have started to stagnate, UNESCO said in its progress report on the U.N.'s development goals for education.

Worldwide, there was a completion rate of 83 percent for primary education, falling to 45 percent for upper secondary schooling, the agency said, quoting household survey data from 128 countries for the 2010-2015 period.

There were 40 countries where less than one in four young people had completed secondary education, but only 14 where at least 90 percent had done so.

The report noted that while 82 percent of national constitutions mention a right to education, only 55 percent of countries make that right enforceable in the courts.

"Governments are the primary duty bearers for the right to education, yet this right is not justiciable [capable of being the basis for a court case] in almost half of countries, and the primary course of action for those with a complaint is lost," Bokova wrote.

"Schools may adjust to performance-based accountability systems in negative ways, gaming the system and avoiding sanctions to the exclusion of longer-term reforms," the agency warned.

It cited the U.S. No Child Left Behind Act, which threatened low-performing schools with closure.

The act had minimal positive effects on student performance and widened the gap between white and black children, the report said.

UNESCO also sounded a note of caution on measures to promote competition between schools and give parents more choice on the school their children would attend.

A majority of highly developed countries had increased school choice policies in the last 25 years, but evidence suggested that they benefit better-off families and the most able students, the report warned.

That was the case even where the policies were accompanied by voucher programs aimed at facilitating school choice by poorer families.

Making vouchers universally available and allowing schools to raise their fees at the same time "may increase inequality in access without improving student performance," the report said.

It noted that a universal voucher program in Sweden "has been associated with growing segregation."

A voucher program in Chile meanwhile "encouraged selective admission of high-achieving or high-income students" and a reform in 2008 "did little to improve equity," the report said.