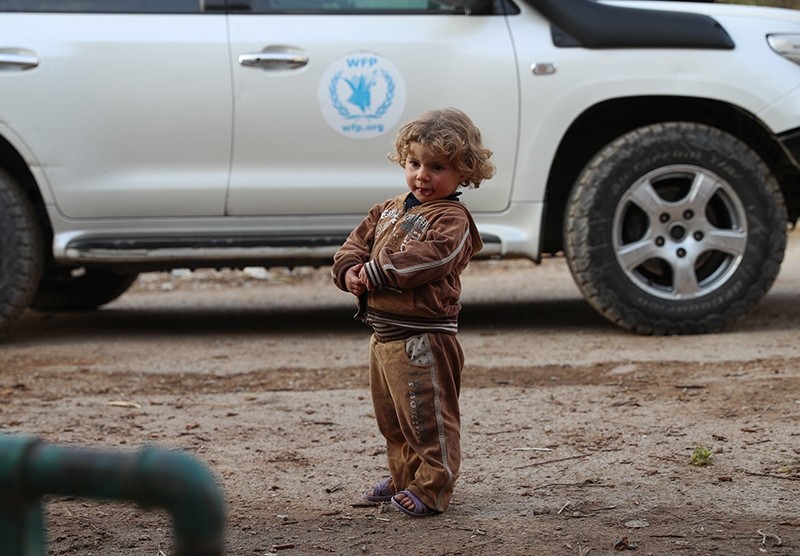 The United Nations appealed Friday for a record $22.5 billion (18.9 billion euros) to provide aid in 2018 to soaring numbers of people slammed by conflicts and disasters around the world.

The global appeal by U.N. agencies and other humanitarian organizations aims to raise funds to help the some 91 million most vulnerable of the nearly 136 million people expected to need aid across 26 countries next year.

The number of people in need of international assistance worldwide has thus risen more than five percent from last year's estimate.

"More people than ever before will need our assistance," U.N. humanitarian chief Mark Lowcock said in a statement launching the appeal.

Drought, floods and other weather-related catastrophes are expected to continue racking up humanitarian needs.

But Lowcock stressed that "conflict, in particular protracted crises, will continue to be the main driver of need in 2018."

One conflict clearly tops the charts in terms of humanitarian needs.

A full $7.66 billion is needed to address the staggering needs created by Syria's brutal conflict alone — more than a third of the requested amount of funds next year.

According to the appeal, $3.5 billion is needed to provide humanitarian assistance inside the war-ravaged country, where more than 340,000 people have been killed and millions driven from their homes since March 2011.

Another $4.16 billion is needed to address the towering needs of the 5.3 million Syrian refugees registered in neighboring countries, as well as of their over-burdened host communities, the appeal said.

War-torn Yemen, which is facing the world's most dire humanitarian crisis, comes next on the list, with Friday's appeal urging donors to cough up $2.5 billion to provide desperately needed assistance to the most vulnerable people in the country.

That amount would meanwhile only cover the needs of 10.8 million people — fewer than half of the 22.2 million in need of aid, the U.N. acknowledged.

Other major crises requiring substantial funds include South Sudan, which has been wracked by civil war since 2013, the Democratic Republic of Congo, Somalia, Sudan and Nigeria.

On a more positive note, the U.N. said that humanitarian needs in a number of countries, including Afghanistan, Ethiopia, Iraq and Ukraine had declined some, although they still remained high.

At the same time however, "substantial increases in needed are projected" in places like Burundi, Cameroon, the Central African Republic and Libya, it warned.

The amount appealed for Friday marks a one-percent hike over the $22.2 billion requested last December for 2017.

But there is little chance all the requested cash will materialize.

Last year, donors covered just over half of the appeal, dishing out only $13 billion for aid around the world.