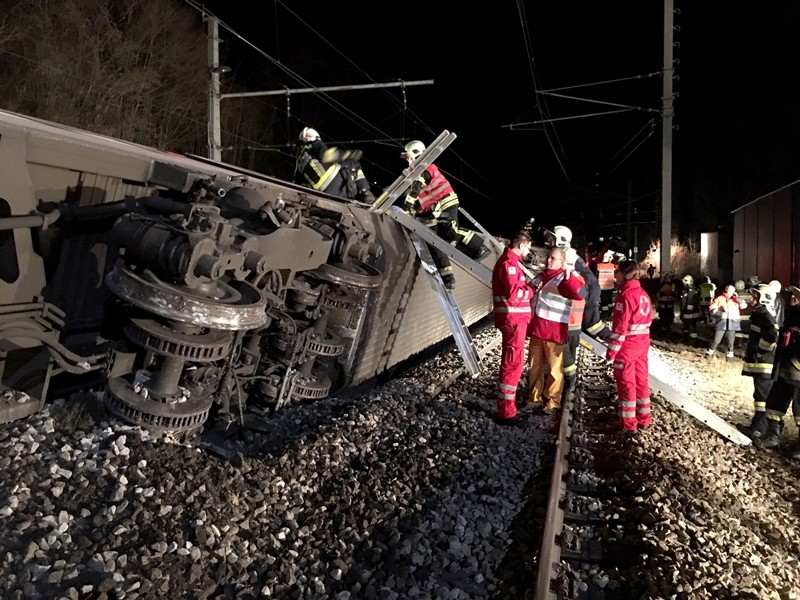 This photo shows members of the emergency services working at the scene when two passenger trains collided causing several carriages to derail in Kritzendorf, Lower Austria (AFP Photo)
by Compiled from Wire Services Dec 22, 2017 12:00 am

Austrian media are reporting that two trains have collided near Austria's capital Vienna and several people are injured.

He told ORF that emergency services currently say 17 people were injured. Two rescue helicopters were sent to the scene.

"We believe that the cause was likely human error, not a technical fault. But this will be investigated in the coming days," Hofer added.

Both trains were emptied of people by 1830 GMT.