Some OIC members backtrack on Jerusalem position during UN vote 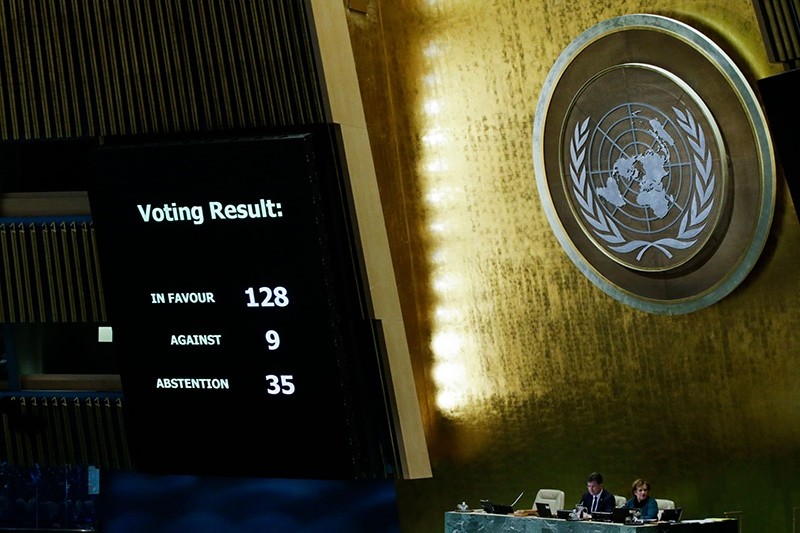 As the United Nations General Assembly overwhelmingly passed a resolution Thursday calling for the United States to withdraw its decision to recognize Jerusalem as the capital of Israel, a number of countries who were expected to support the motion, did not.

A total of 128 countries voted in favor of the resolution declaring U.S. President Donald Trump's move "null and void."

Although a significant victory for Palestinians, the number of "yes" votes was expected to be higher.

Even more surprising, some members of the Organization for Islamic Cooperation (OIC)—which rejected the U.S.' decision and declared East Jerusalem the capital of Palestine "under occupation" during an extraordinary summit in Istanbul on Dec. 13—backtracked on their position and failed to support Thursday's U.N. resolution.

Among those members, Togo surprised the most. The West African country voted against the resolution despite signing the OIC declaration just over a week ago.

Uganda, also a signee to the OIC declaration, chose to abstain during the vote, while Sierra Leone, another signee, chose not to participate at all.

Benin and Cameroon, who did not participate in the Istanbul summit, also abstained.

On Dec. 6, Trump announced his decision to recognize Jerusalem as Israel's capital and move the U.S. embassy to the city.

The announcement was met with rejection and condemnation by the international community, especially in the Muslim world.

Widespread protests took place across the Palestinian territories and in most of the Muslim countries.

Jerusalem — occupied by Israel since 1967 — remains a central issue in the Palestinian-Israeli conflict as both sides claim it as their capital city.