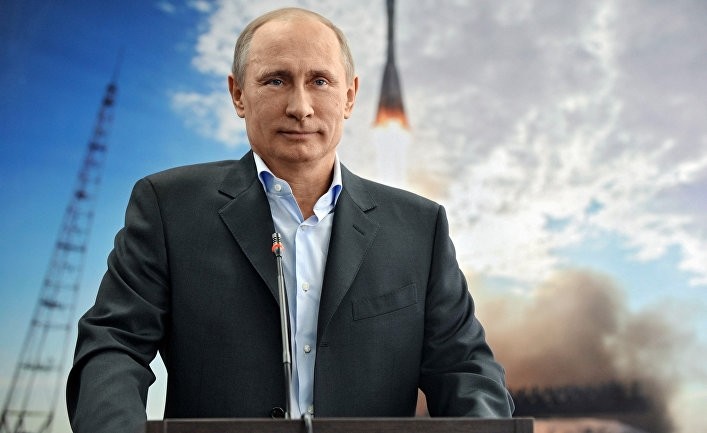 Russian President Vladimir Putin holds a communication session with the crew of the International Space Station (ISS) on Cosmonautics Day during his visit to the Amursk Region, April 12, 2013. (REUTERS Photo)
by Daily Sabah with Wires Mar 01, 2018 12:00 am

Speaking in a state-of-the-nation speech Thursday, Putin said that the nuclear-powered cruise missile tested last fall has an unlimited range and high speed and is capable of penetrating any missile defense.

He said the high-speed underwater drone capable of carrying a nuclear warhead could target both aircraft carriers and coastal facilities.

Putin also said that he plans to cut the country's poverty rate in half during his fourth six-year term.

The president, whose approval ratings top 80 percent, is set to easily win the March 18 presidential election against seven other contenders.

"Every person matters to us," the president said, emphasizing his goal of boosting employment.

Putin said 20 million Russians currently live below the official poverty line equivalent to some $180 a month, down from 42 million in 2000. He also touched on improving the country's health care system.

In Thursday's speech before hundreds of top officials and lawmakers, Putin said that Russia needs to make a technological breakthrough to set the foundation for future successful development.

The country should devote 11 trillion roubles ($200 billion) on improving its road system, he added.

"Over the next six years, it is necessary to practically double expenditures on constructing and improving Russia's roads," Putin said.