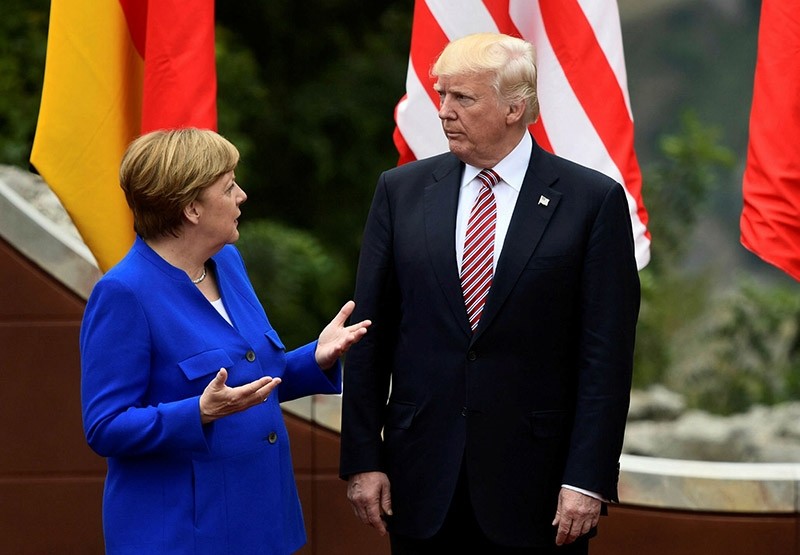 German Chancellor Angela Merkel has spoken with U.S. President Donald Trump about Syria, and both sides agreed that Assad regime forces and their Russian and Iranian allies must abide by a U.N. Security Council cease-fire resolution, her office said Friday.

Following their call Thursday, Merkel and Trump urged Russia to stop participating in the bombardment of Damascus' opposition-held suburbs known as eastern Ghouta, according to her office.

"The five-hour cease-fire announced by the Russian side isn't being adhered to. The Assad regime in particular is constantly breaking it," Merkel's spokesman, Steffen Seibert, told reporters.

Germany appeals "to all parties to the conflict to fully implement this U.N. resolution and we see a particular responsibility on the part of Russia," he added.

Seibert said attacks should stop for 48 to 72 hours in order for aid to be effectively delivered to civilians. He called it "particularly cynical that the regime in Damascus used chlorine gas against its own population again just one day after the passing of the U.N. resolution."

According to Merkel's office, both she and Trump also expressed concern about Russian President Vladimir Putin's unveiling of new weapons systems Thursday "and their negative consequences for international arms control efforts."

Seibert said Germany watched Putin's announcement with concern, noting the Russia's military modernization program and what he described as doubts about Moscow's adherence to international treaties, its annexation of Crimea and threats against some of its neighbors.

Still, Seibert said Berlin was always ready to talk with the Kremlin even when the two sides differ significantly on the issues.

The Kremlin responded Friday to concerns voiced by the NATO leaders, saying Russia will not be part of a new arms race.

Putin insisted the next generation weapons would only ever be used in self-defense, though his presentation featured video montages of missiles crossing mountains and oceans, including the Atlantic.