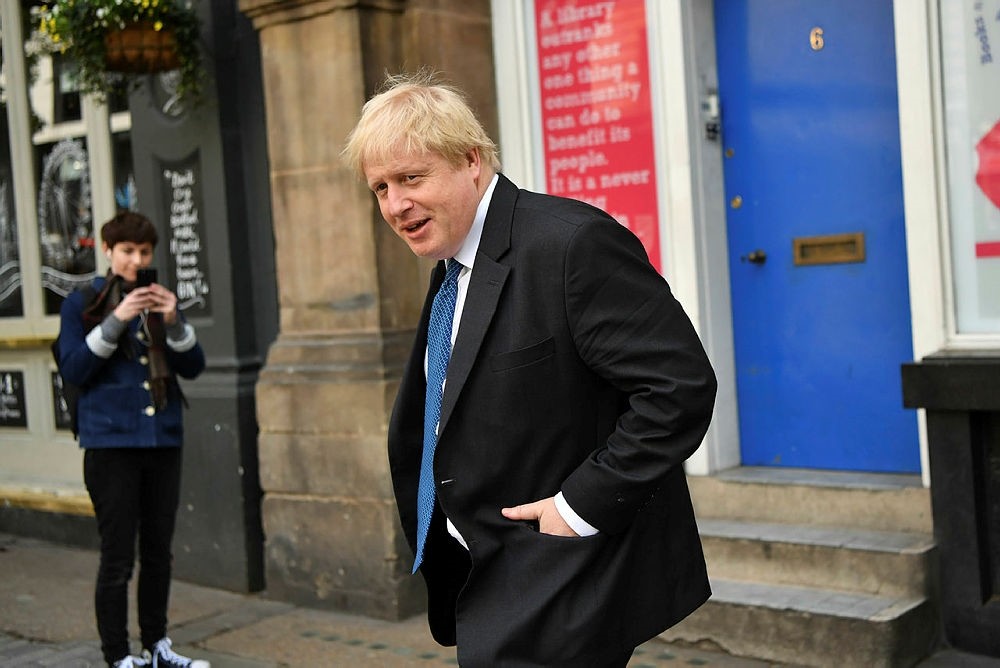 He told Sky News that if Trump can "fix" the Iran deal and engineer a thaw with North Korea, he would deserve a Nobel Prize like the one his predecessor Barack Obama won.

Johnson came to Washington on Monday to lobby Trump's administration as European capitals mounted a last-ditch push to save the Iran nuclear deal.

London's top diplomat even tried to reach out to the U.S. leader through his favorite TV show, appearing on "Fox and Friends" to warn against pulling out of the accord without a back-up plan.

Then it was on to the State Department, for talks with Secretary of State Mike Pompeo, a former CIA director and anti-Iran hawk who is expected to back any Trump decision to quit the deal on May 12.

Johnson said nothing publicly as he shook hands with Pompeo ahead of their chat, but on Fox, he had warned that "Plan B does not seem to be, to me, particularly well-developed at this stage."

Later, Johnson was to meet with Vice President Mike Pence, but if his banging on doors and media blitz don't pay off, the omens for the international nuclear accord are ominous.

Trump has threatened to torpedo the 2015 pact when a U.S. sanctions waiver comes up for renewal on May 12, unless European signatories Britain, France and Germany fix its "terrible flaws."

The deal was signed between Iran and six world powers, so nothing the so-called EU three can do would allow them to rewrite it — but they have promised to work on a powerful supplemental agreement.

U.S. diplomats have been working furiously with their British, French and German partners to make this a reality, with measures to limit Iran's ballistic missile program and regional subversion.

But so far, all signs point to Trump making good on his threat, with no successor arrangement in place — leading U.S. allies to fear that Iran may retaliate or relaunch its alleged quest for the bomb.

German Foreign Minister Heiko Maas warned the accord's collapse could spark "an escalation" in the region and stressed that Washington's European allies think the deal "makes the world a safer place."

His French counterpart Jean-Yves Le Drian, on a visit to Berlin, said the agreement is "the right way to stop Iran from getting access to nuclear weapons" and "will save us from nuclear proliferation."