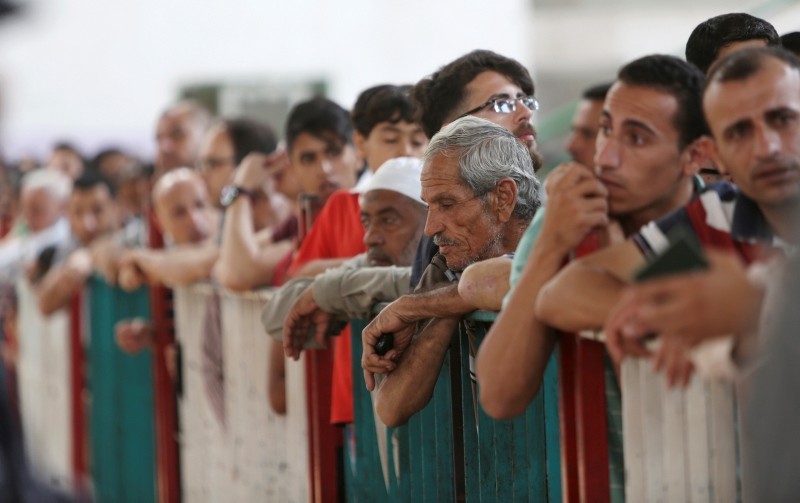 Palestinian passengers waiting to cross the border to the Egyptian side of Rafah crossing with Egypt, in Khan Younis, in the Gaza Strip.
by Associated Press Jun 25, 2018 12:00 am

The United Nations is imploring member countries to fill a critical funding gap the Trump administration created by sharp cuts to a program that helps Palestinian refugees across the Middle East.

The U.N. is holding a pledging conference Monday to raise money for basic services for 5 million refugees in the Gaza Strip, the West Bank, Jordan, Lebanon and Syria.

When the U.S. funding was frozen earlier this year, President Donald Trump tweeted that he saw no reason to spend so much American money in return for what he called "no appreciation or respect."

The U.N.'s Relief and Works Agency for Palestinian Refugees is spearheading the relief effort.