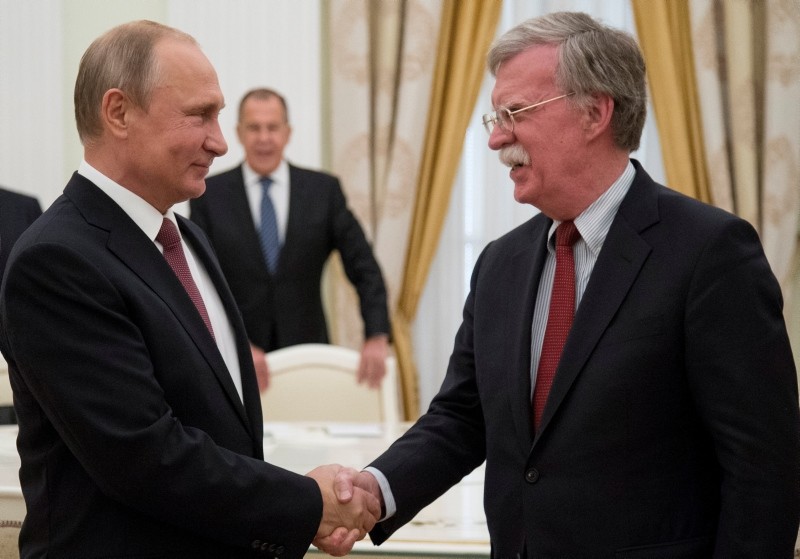 Bolton-Lavrov talks reportedly lasted two hours, after which the U.S. President Donald Trump's adviser headed to the Kremlin for a meeting with Russian President Vladimir Putin.

Putin's spokesman Dmitry Peskov told reporters that the discussions with Bolton will focus on international stability, regional problems and "the sorrowful state of our bilateral relations."

"Your visit to Moscow gives us hope that we can at least take the first step to reviving full-blown ties between our states," Putin told Bolton.

Anticipation has been high for a possible Trump-Putin meeting as Trump seeks to mend strained relations with Russia. Ties between the two nations have sunk to their lowest point in decades.

Lavrov has said previously that Moscow "is ready for contacts." Vienna, Austria has been mentioned as a possible location for such a meeting, but no details have been made public.

Kremlin foreign policy aide Yuri Ushakov told reporters later on Wednesday the summit would take place in a mutually-convenient third country and that several more weeks were needed for preparations.

"I can say that we have reached an agreement to hold a summit, we have even agreed on the time and the place of the meeting, and we will announce this obviously with our American colleagues tomorrow," Ushakov said.

He said Moscow and Washington would announce the time and place of the summit on Thursday.