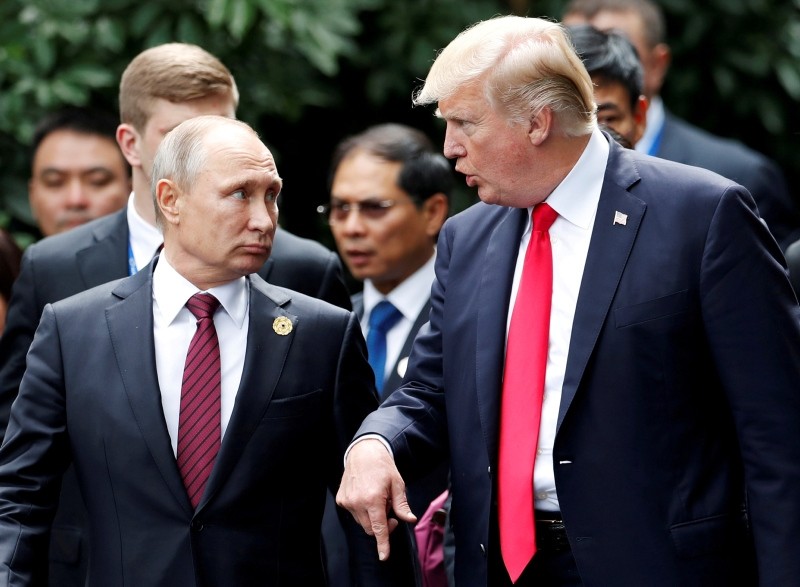 The Kremlin and the White House said Thursday the summit between Russian President Vladimir Putin and U.S. President Donald Trump will take place in Helsinki on July 16.

The synchronized announcement comes a day after Trump's National Security Adviser John Bolton held talks with Russian officials in Moscow to lay the groundwork for the summit.

The talks will see the two leaders discuss "the current state and prospects for development of Russian-U.S. relations," according to the release.

A statement from the White House said the men would also broach "a range of national security issues."

Trump said Wednesday that "getting along with Russia and with China and with everybody is a very good thing." He said they would discuss Syria, Ukraine and "many other subjects."

The Russian leader had two brief meetings with Trump on the sidelines of international summits last year, but plans for a full-fledged summit have been thrown back amid the U.S. investigations into alleged collusion between Trump's campaign and Russia.

Trump's national security advisor John Bolton met Putin in Moscow on Wednesday. The two discussed the details of the first full summit between the presidents.

U.S.-Russian relations have hit lows not seen since the Cold War over Moscow's annexation of Crimea, its involvement in eastern Ukraine and allegations of political meddling, as well as disagreement over the Syrian conflict.

Since coming to power last year, Trump has sought to improve relations with Putin amid tensions between Moscow and the West.

Trump said this month that Russia should be re-admitted to the G7 group of industrialized democracies from which it was suspended after annexing Crimea in 2014.

That comment came at a summit which ended in sharp disagreement between Trump and his G7 allies.

The last, brief meeting between Putin and Trump took place in November 2017 in Vietnam during an APEC summit.

Trump is due to attend the July 11 and 12 NATO summit in Brussels before heading to Britain to meet with Prime Minister Theresa May and Queen Elizabeth II on July 13.

Meanwhile, NATO chief Jens Stoltenberg welcomed Thurday next month's summit between the US and Russian presidents, saying it was in line with the alliance's policy of talking to Moscow while maintaining strong defense.

"I welcome the upcoming meeting between President Trump and President Putin because I believe in dialogue. NATO's approach to Russia is what we call a dual-track approach, it is defence and dialogue," Stoltenberg said as he arrived for an EU summit.