1 in 18 refugees dies or goes missing while crossing the Mediterranean to reach Europe: UN 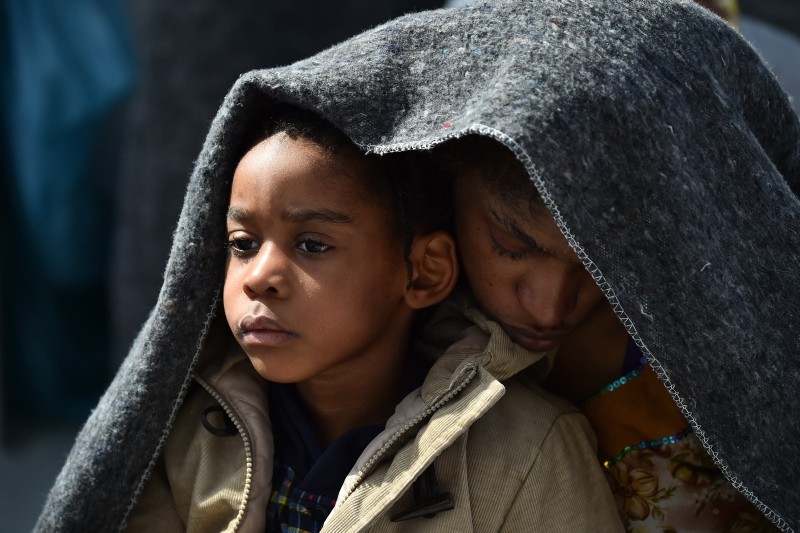 A woman and her daughter protect themselves with a blanket aboard the rescue ship ,Aquarius,, on May 25, 2016 a day after a rescue operation of migrants and refugees off the Libyan coast. (AFP Photo)
by Sep 03, 2018 12:00 am

Crossing the central Mediterranean has become more treacherous than ever for migrants trying to reach Europe, with one in 18 dying or going missing during the voyage - more than double the rate last year, the U.N. refugee agency (UNHCR) said on Monday.

More than 1,600 people have perished or vanished en route to Europe this year, mostly while attempting to cross by sea from north Africa, according to a UNHCR report.

The publication of the report, "Desperate Journeys", coincides with the third anniversary of the death of Alan Kurdi, a Syrian refugee boy whose body washed up on a Turkish beach at the height of the migrant crisis, sparking global outrage.

Although arrivals have plummeted in recent years, European countries remain bitterly divided over how to share the burden of refugees and migrants fleeing war, persecution and poverty in the Middle East, Africa and Asia.

"This report once again confirms the Mediterranean as one of the world's deadliest sea crossings," said Pascale Moreau, Director of the UNHCR's Europe Bureau.

However, one in 18 who attempted the risky central Mediterranean route died or went missing, up from one in 42 in the first part of last year.

The top countries of origin this year are Syria, Iraq and Guinea. Last year they were Nigeria, Guinea and Ivory Coast.

The report said a key reason for the increased death rate was the reduced search and rescue capacity off the Libyan coast.

Non-governmental organizations (NGOs) that operated there last year have largely been replaced by the Libyan Coast Guard. The report said rescues often happened further out to sea, meaning refugees were traveling for longer on unsafe boats.

Italy's new populist government has meanwhile refused to let a number of NGO rescue vessels dock and is demanding the European Union find other ports to disembark migrants.

The UNHCR urged European countries to ensure a predictable, regional approach for rescues and disembarkation.

It also called for states to increase resettlement places for refugees and remove obstacles to family reunification so that people do not risk their lives at sea.

Overall, arrivals in Italy fell in the first seven months of 2018, compared to the same period last year, while arrivals rose in Greece and Spain, now the primary entry point to Europe.