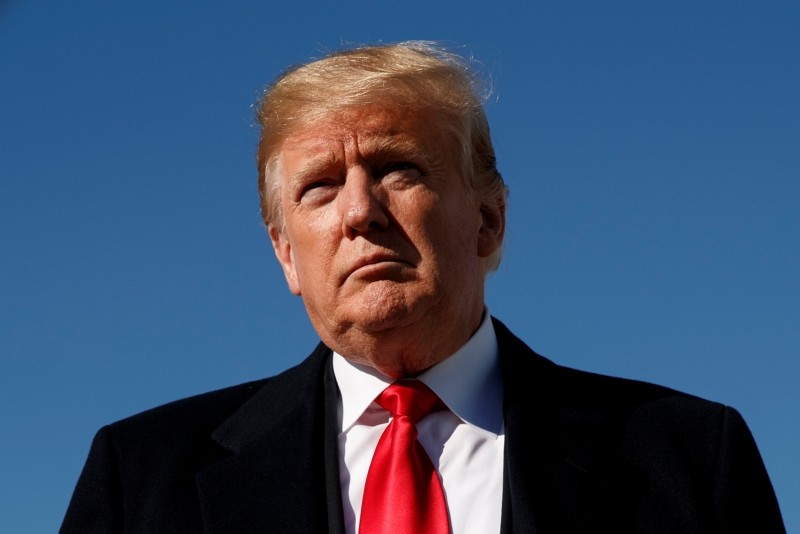 "Now that the president has acknowledged that the Saudis crossed a red line, he must accept his obligation to tell them so and to demand that those responsible for Mr. Khashoggi's heinous murder be held accountable, even if it includes the crown prince," the newspaper's editorial board wrote in an opinion piece published Thursday.

"That does not necessarily mean that the kingdom will take its petrodollars elsewhere — it needs American backing, technology, intelligence and arms at least as much as the United States needs its business. And it's in the American interest to keep pressure on Saudi Arabia to reform and to rethink the current alliance," they added.

Trump on Thursday inched closer to acknowledging Riyadh's role in the disappearance of Khashoggi who has been missing since Oct. 2 when he entered the Saudi consulate in Istanbul.

Trump earlier this week raised the possibility that "rogue killers" could have been responsible for Khashoggi's disappearance.

During an Oval Office interview with the New York Times, Trump, however, voiced confidence in intelligence assessments that suggest Saudi Arabia ordered his assassination from a very high level.

He pledged "very severe" consequences if Riyadh is determined to have been responsible for Khashoggi's disappearance and suspected death but did not elaborate on how Washington might retaliate during remarks to reporters on his way to Montana.

The president has previously voiced reluctance to canceling arms sales to Saudi Arabia, saying by doing so the U.S. would "be punishing ourselves."

Turkey's foreign minister said Friday the outcome of the probe into Khashoggi's disappearance will be "transparently" shared with the world.

"We have some information and evidences on the basis of researches and the investigation into the case, but we will share them with the world after everything is revealed transparently," Mevlüt Çavuşoğlu said during a joint press conference with his Albanian counterpart.

Officials from a joint Turkish-Saudi team completed an investigation into the case early Thursday after searching the residence as well as the Saudi Consulate in Istanbul.

The Turkish team concluded its search for evidence in nine hours and left but returned to the Saudi Consulate to continue searching the premises.

The officials are awaiting results of the investigation, including the lab results, said Çavuşoğlu.