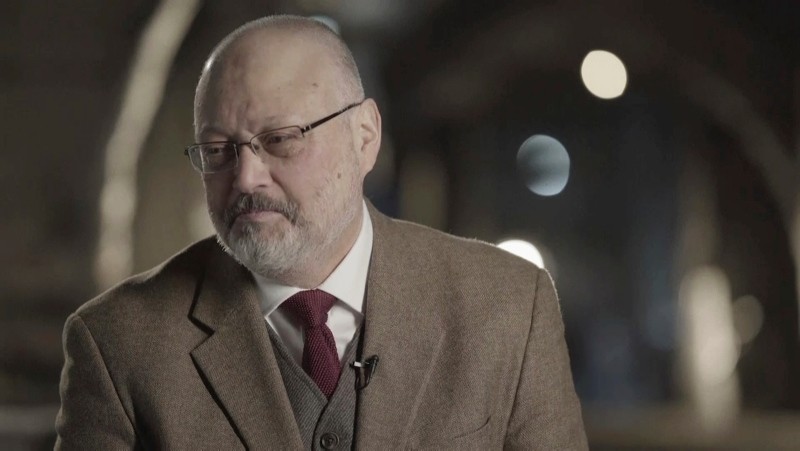 Saudi Arabia faced a growing chorus of incredulity Sunday over its belated explanation of how critic Jamal Khashoggi died inside its Istanbul consulate, as world powers demanded answers and the whereabouts of his body.

After a fortnight of denials, Saudi authorities admitted on Saturday that the Washington Post columnist was killed after entering the consulate on October 2, a disappearance that sparked outrage and plunged the Gulf kingdom into a spiraling international crisis.

Turkish officials have accused Riyadh of carrying out a state-sponsored killing and dismembering the body, with media in Turkey reporting the existence of video and audio evidence to back those claims.

Police have searched a forest in Istanbul where they believe his body may have been disposed of.

After initially saying Khashoggi left the consulate unharmed, and then that they were investigating his disappearance, Saudi authorities backtracked and admitted the 60-year-old was killed in a "brawl" with officials inside the consulate.

But that narrative — combined with the absence of Khashoggi's body — quickly drew skepticism and scorn from many, including staunch allies.

Meanwhile, a senior Saudi official laid out a new version of the death inside the Saudi consulate that in key respects contradicts previous explanations.

The latest account, provided by a Saudi official who requested anonymity, includes details on how the team of 15 Saudi nationals sent to confront Khashoggi on Oct. 2 had threatened him with being drugged and kidnapped and then killed him in a chokehold when he resisted. A member of the team then dressed in Khashoggi's clothes to make it appear as if he had left the consulate.

The official said, the deputy head of the General Intelligence Presidency, Ahmed al-Asiri, put together a 15-member team from the intelligence and security forces to go to Istanbul, meet Khashoggi at the consulate and try to convince him to return to Saudi Arabia.

"There is a standing order to negotiate the return of dissidents peacefully; which gives them the authority to act without going back to the leadership" the official said.

According to the plan, the team could hold Khashoggi in a safe house outside Istanbul for "a period of time" but then release him if he ultimately refused to return to Saudi Arabia, the official said.

Things went wrong from the start as the team overstepped their orders and quickly employed violence, the official said.

Khashoggi refused and told Mutreb that someone was waiting outside for him and would contact the Turkish authorities if he did not reappear within an hour, the official said.

Khashoggi told Mutreb he was violating diplomatic norms and said, "What are you going to do with me? Do you intend to kidnap me?"

Mutreb replied, "Yes, we will drug you and kidnap you," in what the official said was an attempt at intimidation that violated the mission's objective.

When Khashoggi raised his voice, the team panicked. They moved to restrain him, placing him in a chokehold and covering his mouth, according to the government's account.

"They tried to prevent him from shouting but he died," the official said. "The intention was not to kill him."

To cover up their misdeed, the team rolled up Khashoggi's body in a rug, took it out in a consular vehicle and handed it over to a "local cooperator" for disposal, the official said. Forensic expert Salah Tubaigy tried to remove any trace of the incident, the official said.

Meanwhile, operative Mustafa Madani donned Khashoggi's clothes, eyeglasses and Apple watch and left through the back door of the consulate in an attempt to make it look like Khashoggi had walked out of the building. Madani went to the Sultanahmet district where he disposed of the belongings.

Ankara vowed to reveal all the details of its own inquiry as U.S. President Donald Trump said he was unsatisfied with Saudi Arabia's response to the columnist's death while the EU, Germany, France, Britain, Australia, Canada and the UN also demanded greater clarity.

The controversy has put the kingdom — for decades a key ally in Western efforts to contain Iran — under unprecedented pressure.

It has also evolved into a major crisis for Crown Prince Mohammed bin Salman, a Trump administration favorite widely known as MBS, whose image as a modernizing Arab reformer has been gravely undermined.

Canada is among the latest countries to question Riyadh's version of events.

"Saudi Arabia's changing stories on #KhashoggiMurder is getting old. The latest one about a fist fight gone bad is bizarre," he tweeted, renewing his call for sanctions against those responsible.

Ankara said it had a "debt of honor" to reveal what happened.

"We are not accusing anyone in advance but we don't accept anything to remain covered (up)," said ruling Justice and Development Party (AK Party) Spokesperson Ömer Çelik.

"This cannot stand. This will not do," Australian Prime Minister Scott Morrison added on Sunday.

The EU's top diplomat Federica Mogherini and U.N. chief Antonio Guterres both called for a proper investigation and for the perpetrators to be held to account.

Trump initially said he found the explanation credible, but later expressed more skepticism -- although he warned against scrapping a multibillion-dollar arms deal with the conservative kingdom.

"No, I am not satisfied until we find the answer," he told reporters. "It was a big first step. It was a good first step. But I want to get to the answer."

While Trump said he was not satisfied with Riyadh's statement, Trump's intent was "not to ruin" the relationship with Saudis, Washington Post reported citing an advisor to the president.

While Trump tries to avoid damaging the ties between Washington and Riyadh, Senators and other prominent figures in the U.S. increasingly called for action against the Saudis.

"They're buying time. And they're buying cover," said Democratic Senator Richard Blumenthal and added "They are seeking to, in effect, shift blame to a group of fall guys and confine the investigation to the Saudi government."

The harshest Republican critic of Saudis, Senator Lindsey Graham called for an immediate and strong reaction or it will be seen as a reaction, he warned.

"Where is the body? Why did it take seventeen days to come up with this account?" asked Bruce Riedel, who served in the CIA for 30 years and an expert on Saudi Arabia. "This is the worst cover-up I've ever seen," said Riedel.

The front pages of Saudi newspapers on Sunday were branded with headlines of support for the kingdom's government.

Okaz's front page said "Justice continues... accountability is coming", while Al-Riyadh daily said there was a "wide welcome" of the government's "justice and firmness" in the case of Khashoggi.

In the Saturday admission, Saudi Attorney General Sheikh Saud al-Mojeb also announced a series of moves including against people linked to the crown prince, who Khashoggi had criticised in his writings.

He said 18 Saudis had been arrested and two top aides of Prince Mohammed had been sacked, together with three other intelligence agents.

The Saudi king also ordered the establishment of a ministerial body under the chairmanship of the crown prince — his son — to restructure the kingdom's intelligence agency and "define its powers precisely," Saudi state media said.

Saudi officials have roundly denied that the crown prince had any involvement in the affair.

But one suspect identified by Turkey was said to be a frequent companion of the young heir to the throne, three others were linked to his security detail and a fifth is a high-level forensic specialist, according to The New York Times.

The decision to overhaul the intelligence apparatus and sack members of Crown Prince Mohammed's inner circle is designed to "distance the crown prince from the murder", said analysis firm Eurasia Group.

In a recent off-the-record interview published posthumously by US magazine Newsweek, Khashoggi described the 33-year-old heir apparent as "an old-fashioned tribal leader", but said he would have accepted an offer to work as his adviser.