G7 says 'many questions unanswered' on Khashoggi murder, Saudi probe must include Turkey 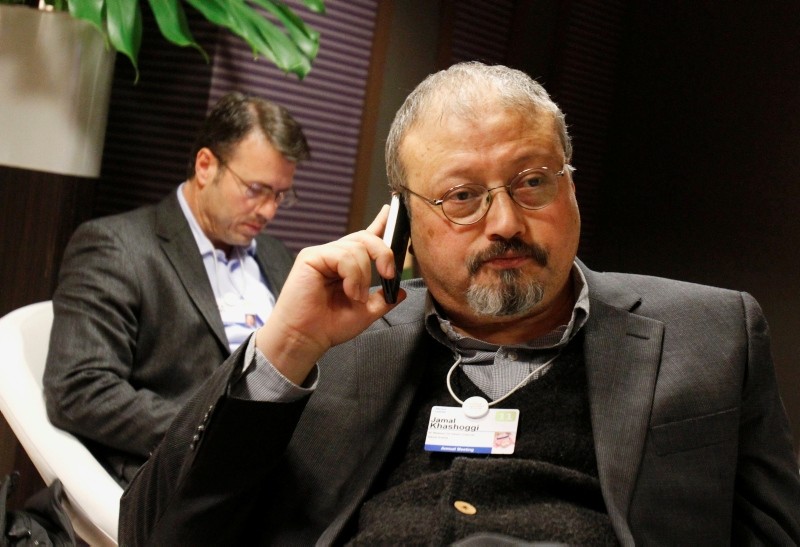 "Those responsible for the killing must be held to account. Saudi Arabia must put in place measures to ensure something like this can never happen again," the statement said.

A joint statement from Canada, France, Germany, Italy, Japan, the United Kingdom and the United States, along with the European Union, condemned Khashoggi's slaying in the "strongest possible terms."

After more than two weeks of near silence, Saudi Arabia on Saturday finally admitted that Khashoggi, 59, was killed in their Istanbul consulate.

A former royal family insider turned critic of the Saudi crown prince, Khashoggi disappeared after he entered the consulate on October 2 to collect a document for his upcoming marriage.

"The confirmation of Mr. Jamal Khashoggi's death is a first step toward full transparency and accountability. However, the explanations offered leave many questions unanswered," the G7 ministers said.

"We reiterate our expectation for a thorough, credible, transparent, and prompt investigation by Saudi Arabia, in full collaboration with the Turkish authorities, and a full and rigorous accounting of the circumstances surrounding Mr. Khashoggi's death.

"Those responsible for the killing must be held to account. Saudi Arabia must put in place measures to ensure something like this can never happen again."

The G-7 ministers also said Khashoggi's killing demonstrates the need to project journalists and to reaffirm the right to free expression.

"We are aware of the reports. They are deeply disturbing," the spokesman said.

"Our thoughts are with the family of Jamal Khashoggi, for whom they must have been particularly distressing.

"The location of Mr Khashoggi's body is just one of the questions we need answers to and as such we await the full results of the Turkish investigation."

President Recep Tayyip Erdoğan on Tuesday said that the "savage murder" was meticulously planned, demanding that all those linked to the killing face punishment.

However, he acknowledged Turkey was still searching for answers to key questions, including who gave the order.

The whereabouts of Khashoggi's corpse remain unknown. Turkish police were searching an abandoned car belonging to the Saudi consulate in an underground car park in the Sultangazi district of Istanbul.