The last straw: EU votes to ban single-use plastics in bid to stop pollution in oceans 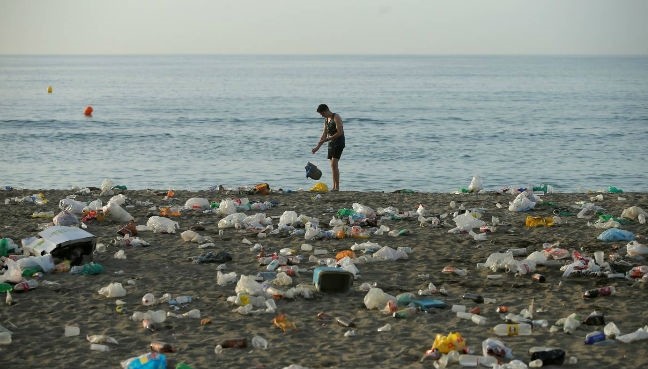 European Union lawmakers moved on Wednesday to ban widely-used, throw-away plastics such as straws, bags and cotton swabs, putting the burden on manufacturers to recycle more in an effort to clear up ocean pollution.

Under the proposal, overwhelmingly backed by the European Parliament, some single-use plastic products with readily available alternatives would be banned by 2021. EU states would be obliged to recycle 90 percent of plastic bottles by 2025, while producers to help cover costs of waste management.

EU lawmakers added very light-weight plastic bags, polystyrene fast-food containers and products made of oxo-degradable plastics, which critics say do not fully break down, to the list proposed by the EU executive earlier this year.

Under the plan, fishing nets, which are now a key pollutant in the EU's Mediterranean sea and Atlantic ocean, will have to be produced differently, too.

The parliament backed the proposals with a 571-53 majority. With the vote, the parliament, the EU Commission and the member states will now enter negotiations in the weeks to come to make it binding legislation.

The EU's final rules still need to be approved in talks with member states.