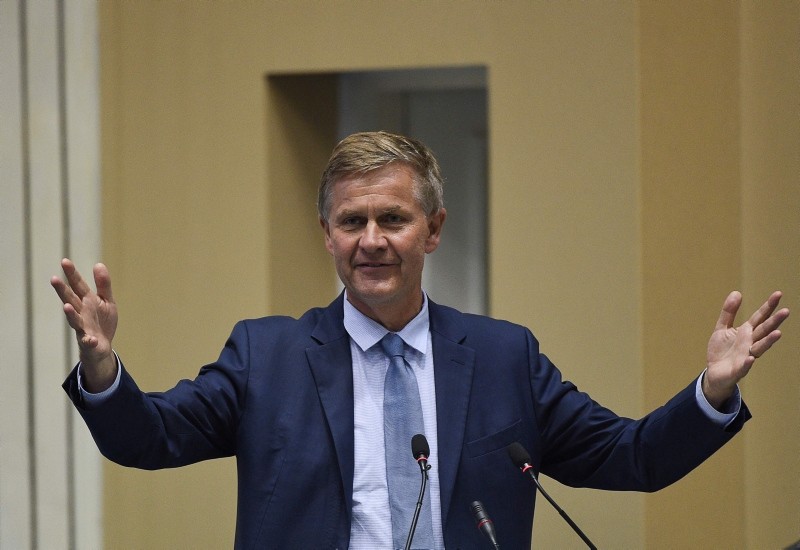 The former Norwegian diplomat, politician and environment minister announced on the U.N. Environment Program's website that he would step down Thursday after receiving the final report of the audit of his official travel by the U.N.'s internal watchdog on Saturday.

Its findings were not disclosed. But The Guardian newspaper reported in September that a draft internal U.N. audit found Solheim had spent almost $500,000 on air travel and hotels in just 22 months, and was away from the organization's Nairobi base 80 percent of the time.

The London-based paper quoted the audit as saying this was a "reputation risk" for an organization dedicated to fighting climate change — and it said countries unhappy with Solheim's spending were withholding needed contributions to the U.N. agency, known as UNEP.

"The secretary-general is grateful for Mr. Solheim's service and recognizes he's been a leading voice in bringing the world's attention to critical environmental challenges," Dujarric said. "He has led advocacy at the highest levels of government, business and civil society to drive the transformational change needed to make a real difference in the lives of people and promote the cause of environment."

Asked for Guterres' reaction to "the scandal" that led to Solheim's resignation, Dujarric said, "The secretary-general is pleased to see that UNEP is committed to implementing the recommendations ... on the travel office" made by the U.N. watchdog, the Office of Internal Oversight Services.

Solheim expressed hope that his resignation, "after deep reflection and in close consultation with the secretary-general," proves to be in the best interest of UNEP "and the wider UN."

Solheim urged UNEP staff to take pride in the agency's achievements, pointing to India's phasing out of single-use plastics, the growing list of countries ratifying the Kigali Amendment on limiting the use of hydrofluorocarbons that are depleting the ozone layer, and "the remarkable signing of an agreement by 12 countries guaranteeing environmental rights in Latin America and the Caribbean" as well as others.

In a farewell tweet, Solheim said: "I am sad to be leaving @UNEnvironment as we have achieved so much together. I will continue to champion the cause of the environment!"