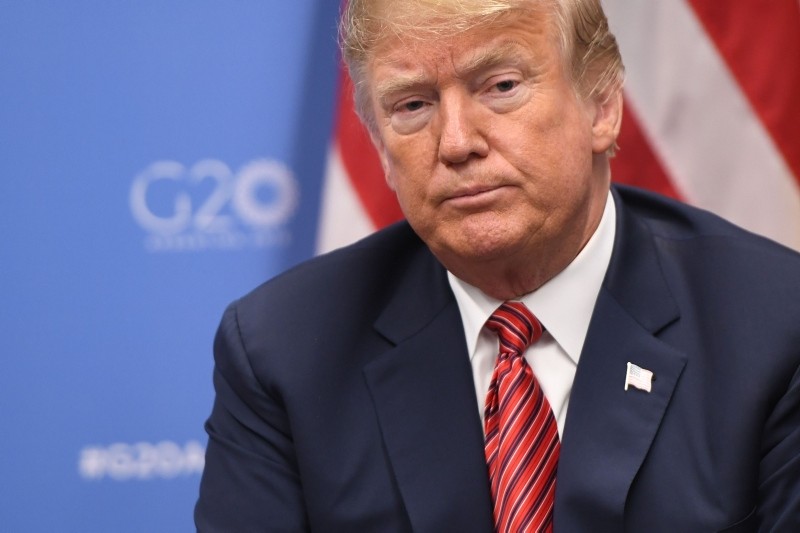 U.S. President Donald Trump is meeting with Chinese President Xi Jinping as the countries look for ways to ease an escalating trade war.

Trump suggested to reporters just before the sit-down that at "some point" it could yield "something that will be good for China and good for the United States." He didn't elaborate.

Trump and Xi were set to talk over dinner Saturday at a summit of world leaders in Argentina.

The two are trying to negotiate the end to a trade conflict that is rattling financial markets and threatening the world economy. Both sides have raised tariffs on billions of dollars of each country's goods.

Trump said they would also discuss the opioid crisis. He said he hopes China will criminalize fentanyl, the synthetic form of opioids largely shipped from China.

"We will be meeting with President Xi tonight...and we'll be talking about a thing called trade and probably other things but primarily trade. It's a very important meeting," Trump said earlier on Saturday.

President Donald Trump was also talking trade and other hot-button international issues with German Chancellor Angela Merkel — a leader he says is "highly respected by everybody, including me."

They had a meeting during the Group of 20 summit of rich and developing nations being held in Argentina.

Trump and Merkel discussed trade, the conflict between Ukraine and Russia, and Moscow's violations of a landmark nuclear arms treaty that Trump plans to exit.

Trump also held "informal conversations" with Russian President Vladimir Putin and other leaders on the sidelines of the G20 summit on Friday night.

The announcement was made by White House spokeswoman Sarah Sanders on Saturday as the summit closed.

Russian President Vladimir Putin said later on Saturday he had explained his position in the Ukraine crisis to US leader Donald Trump at a G20 summit, and remained open to proper talks.

Trump had cancelled a scheduled bilateral meeting with Putin in Argentina, but White House spokeswoman Sarah Sanders said the two did have an "informal" conversation when they crossed paths at a summit dinner Friday.

Putin, briefing reporters after the summit concluded, characterised the encounter as more significant.

"We spoke standing up. I replied to his questions about the incident in the Black Sea," Putin said, after Russia seized three Ukrainian vessels and their crews off Crimea.

"It's a pity that we weren't able to have a real meeting. I think that one is really necessary. I hope that we can meet when the US side is ready for it," he said.

Many in Europe have looked to Merkel as Trump has called into question traditional trans-Atlantic ties with his announcements of trade tariffs, repeated criticism of European contributions to NATO and other issues. Merkel has walked a fine line, criticizing some of Trump's decisions while emphasizing that a good relationship with Washington is central to her government.