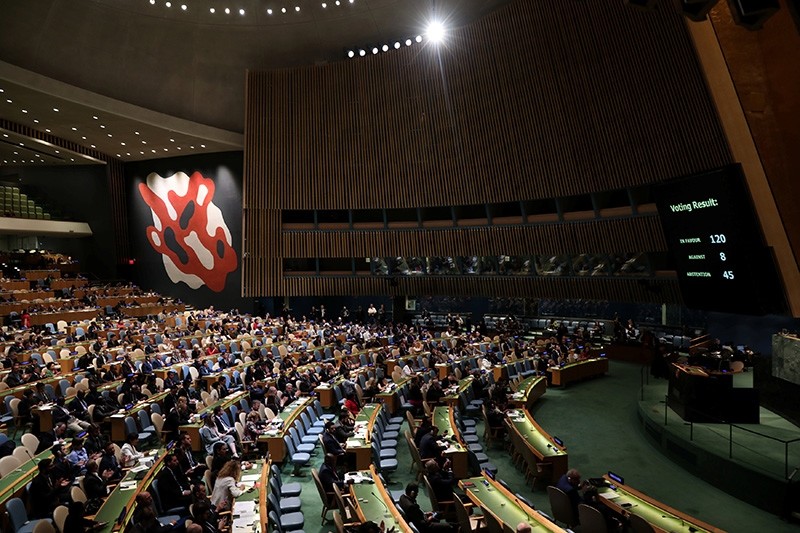 A U.S. bid at the United Nations to condemn the Palestinian Hamas movement for firing rockets at Israel failed to secure enough votes for adoption on Thursday, despite European backing.

Calling for U.N. members to support the move ahead of the vote, Haley pointed to the many U.N. General Assembly resolutions criticizing Israel and said such a statement on Hamas would be an opportunity for the U.N. to "right a historic wrong" by correcting its "awful record" of passing resolutions against Israel.

The U.S. withdrew from the U.N. Human Rights Council earlier this year, citing complaints about an alleged anti-Israel bias of the global body.

A Hamas spokesman said in a statement late Thursday that the result of the vote was a "slap" to the U.S. administration.

Hamas spokesman Sami Abu Zuhri called the result "a confirmation of the legitimacy of resistance and a great political support for the Palestinian people and the Palestinian cause."