Turkey hosts talks between US, Russian envoys on Afghanistan 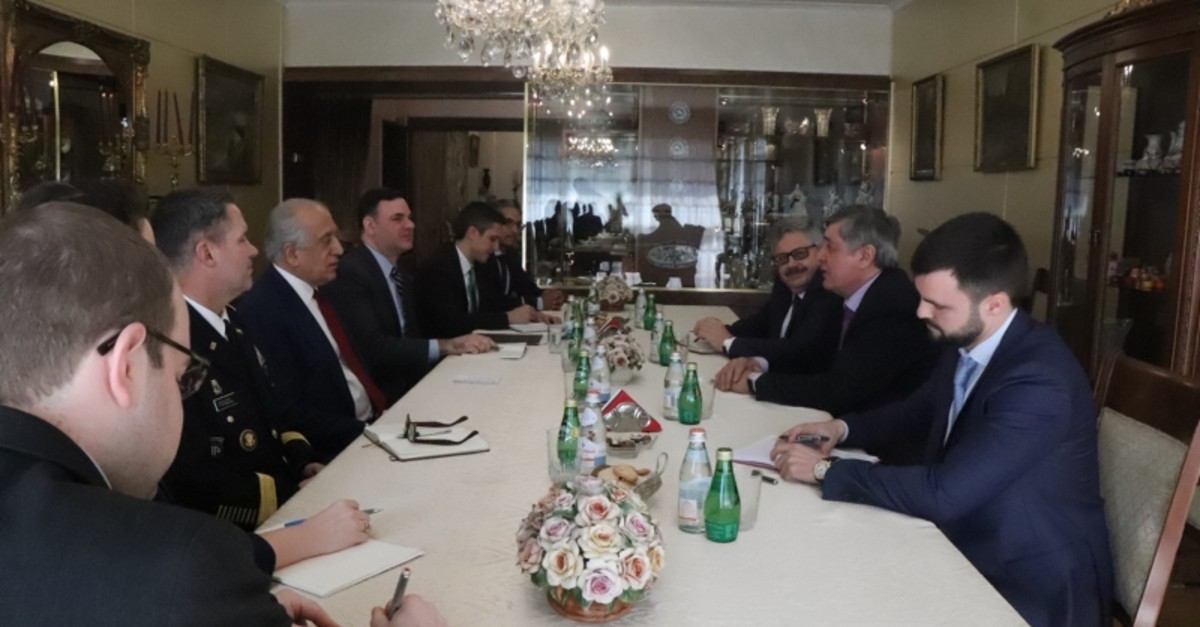 The U.S. peace envoy for Afghanistan has met his Russian counterpart in the Turkish capital for talks on efforts to end the 17-year war in Afghanistan.

The Russian Embassy in Ankara announced on Twitter Friday that it was hosting a meeting between Washington's peace envoy Zalmay Khalilzad and Zamir Kabulov, Russian President Vladimir Putin's envoy for Afghanistan.

Russia's Ambassador to Turkey Alexei Yerhov and other officials from the two countries were present in the meeting.

Khalilzad has stepped up efforts to find a peace deal for Afghanistan and held several rounds of direct talks with the Taliban. He will hold another round on Monday. The two sides have focused their talks on the withdrawal of U.S. troops and measures to prevent Afghanistan again becoming a staging arena for terrorists to attack the United States.

Russia has also emerged as an influential player by hosting Afghan talks.

While the Taliban have held talks with Afghan politicians and U.S. officials, they refuse to recognize or negotiate with the Kabul government — a rough patch that all sides are trying to resolve. Kabul maintains that any peace plan should be Afghan-owned and Afghan-led.

The raging Afghan conflict is in its bloody 18th year, with thousands of lives lost and millions forced to flee their homes.