11 people killed in shooting attack at bar in Brazil 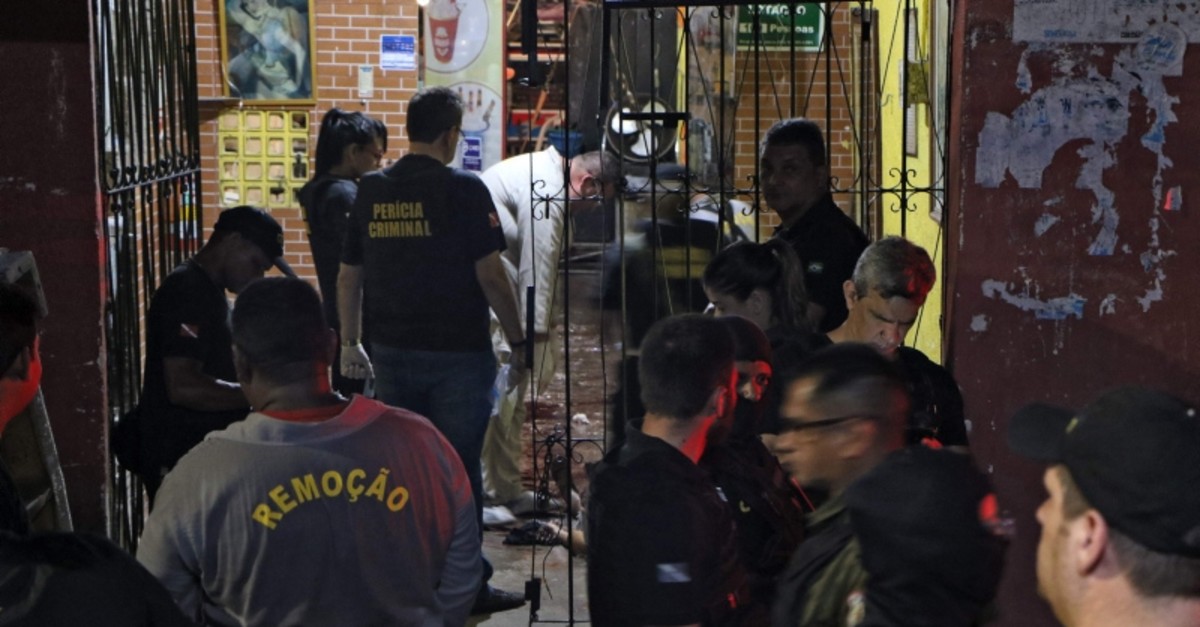 A gang of gunmen reportedly attacked a bar in the capital of Brazil's northern Pará state Sunday afternoon, and authorities said 11 people were killed.

The state security agency confirmed late Sunday only that six women and five men died in the incident in the Guamá neighborhood of the Pará state capital, Belém.

The G1 news website said police reported that seven gunmen were involved in the attack, which also wounded one person. The news outlet said the attackers arrived at the bar on one motorcycle and in three cars.

In late March, the federal government sent National Guard troops to Belém to reinforce security in the city for 90 days.

Brazil hit a record high of 64,000 homicides in 2017, 70% of which were due to firearms, according to official statistics.

Much of Brazil's violence is gang related. In January, gangs attacked across Fortaleza, bringing that city to a standstill with as commerce, buses and taxis shut down.

Rio de Janeiro, the country's second biggest city, experiences daily shootouts between rival gangs and also between police and criminals, battles that often result in the deaths of innocent bystanders. Fogo Cruzado, a group that monitors shootings in the Rio metropolitan area, says there were 2,300 shootings in Rio and its suburbs during the first 100 days of this year.

Killings attributed to police gunfire in Rio de Janeiro state have reached a record high, rising 18% in the first three months, in a spike partly attributed to a campaign of a zero tolerance for criminals being pushed by state leaders.

One of new President Jair Bolsonaro's main campaign promises was that he would loosen Brazil's strict gun laws, arguing that because criminals are well-armed with illegally obtained guns, "upstanding citizens" should have the right to defend themselves with legally bought guns. Bolsonaro has made good on that campaign promise with two presidential decrees that make buying guns easier, though federal prosecutors are seeking to get the courts to block that move.