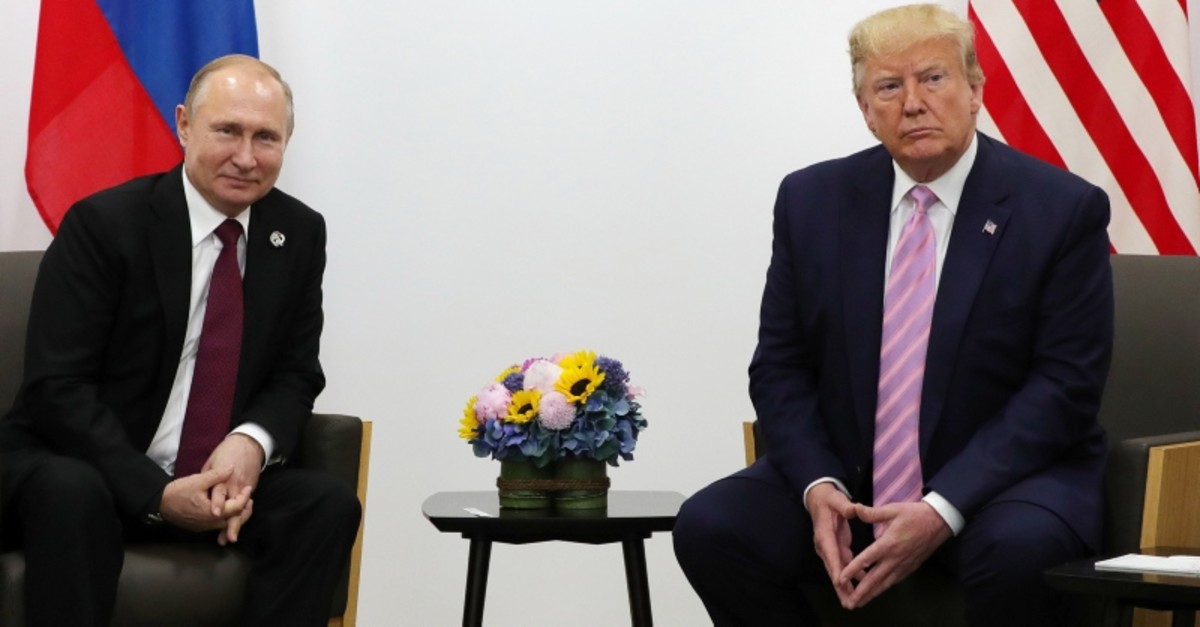 The withdrawal of the U.S. from a landmark arms control treaty with Russia paves the way for building a new international agreement, which includes China as well, amid concerns over the potential for a new arms race

The U.S. and Russia ripped up a Cold War-era missile pact on Friday in a move that raised the specter of an arms race between the global superpowers. The 1987 Intermediate-Range Nuclear Forces (INF) treaty limited the use of medium-range missiles, both conventional and nuclear. Amid global security concerns, a new international treaty, replacing the INF treaty should include China, Germany's Foreign Minister Heiko Maas said, but added that Beijing was acting reticently on the matter. A new treaty to control nuclear armament should not only include the U.S. and Russia, but also China, Maas told DLF radio, but added: "The Chinese government is extraordinarily reticent and therefore we have to continue putting the issue on the agenda."

U.S. Secretary of State Mike Pompeo announced Washington's formal withdrawal in a prepared statement at a regional forum in Bangkok, minutes after Russia pronounced the treaty to be "dead." Both sides had signaled their intention to pull out of the treaty for months, trading accusations of breaking the terms of the deal. "Russia is solely responsible for the treaty's demise," Pompeo said in a statement issued at an Association of Southeast Asian Nations (ASEAN) foreign ministers' meeting.

The INF deal was seen as one of two key arms deals between Russia and the U.S., the other being the New START treaty, which keeps the nuclear arsenals of both countries well below their Cold War peak. That deal expires in 2021 and there appears to be little political will from Moscow or Washington to renew it. The U.S. and Russia own more than 90% of global nuclear stockpiles, according to the Council on Foreign Relations. "The end of the treaty could spark a new nuclear arms race," it said.

Within the next few weeks, the U.S. is expected to test a ground-launched cruise missile. In November, the Pentagon will aim to test an intermediate-range ballistic missile. The U.S. sees an upside to exiting the treaty. Washington has complained for years that the arms control playing field was unfair. U.S. officials argued that not only was Russia violating the treaty and developing prohibited weapons, but that China also was making similar non-compliant weapons, leaving the U.S. alone in complying with the aging arms control pact. Now, the U.S. is free to develop weapons systems that were previously banned.

Siding with the U.S. on its withdrawal decision, NATO will avoid "a new arms race" with Russia and will not deploy new nuclear missiles on European soil after a Cold War missile pact ended Friday, alliance chief Jens Stoltenberg said. "We don't want a new arms race, and we have no intention to deploy new land-based nuclear missiles in Europe," Stoltenberg told a press conference in Brussels. The U.S.-led alliance says Russia has breached the terms of the 1987 treaty, which bans land-based, medium-range missiles in Europe, and has developed the nuclear-capable Novator 9M729, which is also known as the SSC-8. Russia denies any such violations.