G7 summit to be 'a difficult test of unity,' EU's Tusk says 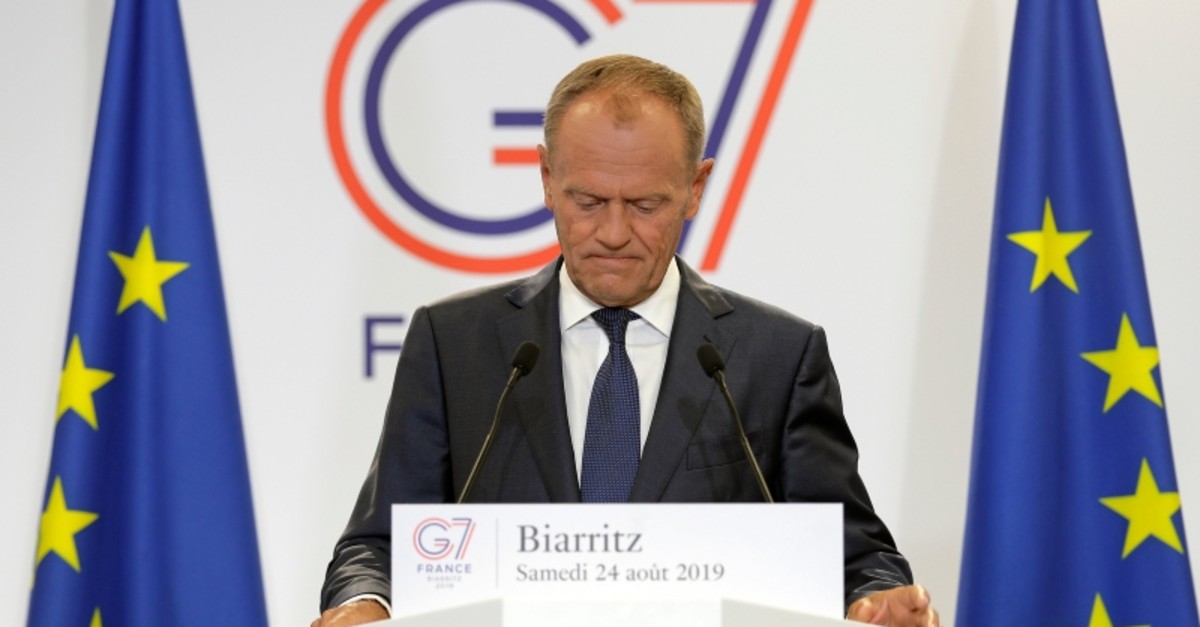 The summit of G7 nations opening on Saturday will be "a difficult test of unity and solidarity" after a year during which leaders of the rich nations have found it hard to find common language, the European Council's president said.

Donald Tusk also told a news briefing in Biarritz, France, that trade wars among the seven nations would further erode trust between them. He said that if U.S. President Donald Trump was using tariffs as a political tool it could be risky for the whole world.

"There is still no certainty on whether the group will be able to find common solutions – and the global challenges are today really serious - or whether to focus on senseless disputes among each other," Tusk told a news conference in Biarritz.

The meeting comes at a time a trade war between China and the United States is worsening and European governments are seeking a way to defuse tensions between Washington and Tehran. Ahead of what could be a confrontational summit, Tusk was unusually direct in his remarks.

"Trade deals and the reform of the World Trade Organization are better than trade wars," Tusk said. "Trade wars will lead to a recession while trade deals will boost the economy."

Tusk said the G7 leaders should make one more push to come together over Iran, whose internationally-brokered nuclear peace accord stands on the brink of collapse after the United States pulled out and reimposed sanctions on Tehran.

"The rejection of the nuclear deal with Iran by the United States has not brought about any positive results," Tusk said, adding that the West's divisions were "playing into the hands of the Iranian ayatollahs".

Responding to Trump's repeated threat to tax French wines in retaliation for a French tax on big tech, Tusk said: "If the U.S. imposes tariffs on France, the EU will respond in kind. France can count on our EU solidarity."