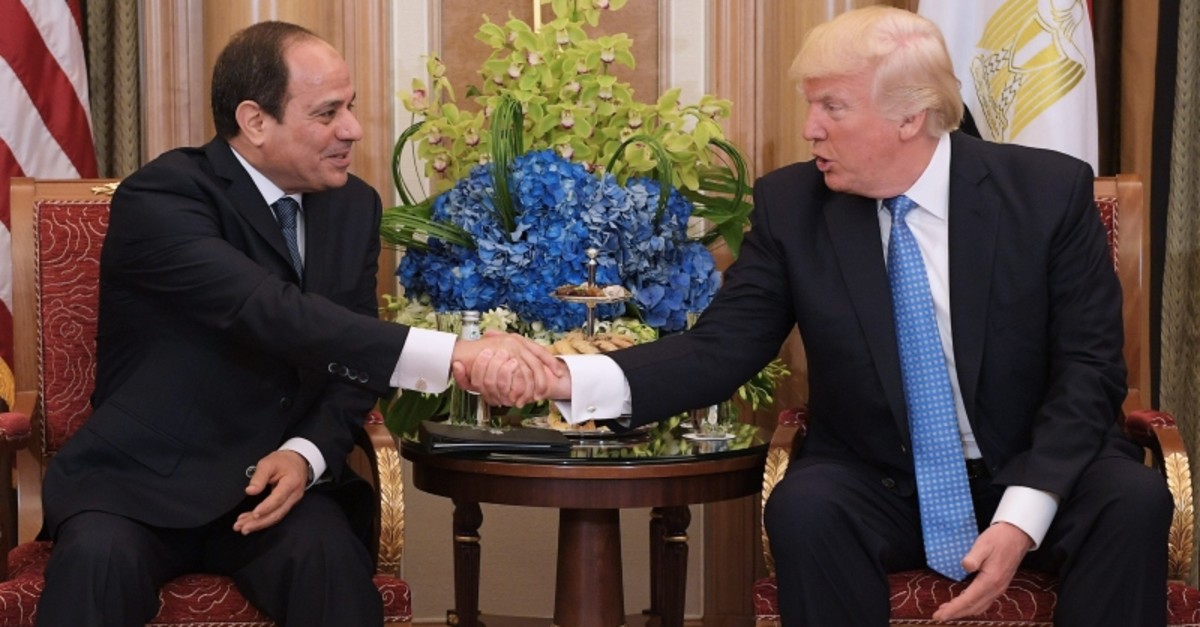 "Where's my favorite dictator?" Trump reportedly said ahead of a meeting of the two leaders at a hotel in Biarritz, France last month.

According to the WSJ, a group of at least 10 U.S. and three Egyptian officials, including Treasury Secretary Steven Mnuchin, former national security adviser John Bolton and Larry Kudlow, assistant to the president for economic policy, was awaiting Sissi's arrival, but it wasn't clear if Sissi was there or if he heard the comment.

Egypt's foreign affairs minister and chief of the General Intelligence Service were also said to be present, report said.

Egypt is one of the biggest U.S. strategic partners — an Arab country that made peace with top U.S. ally Israel 40 years ago and a major recipient of U.S. aid.

However, Sissi faces accusations of overseeing the repression of political opponents, women and religious minorities in Egypt.

Sissi was elected president in 2014, and re-elected last year after all potentially serious challengers were either jailed or pressured to exit the race.