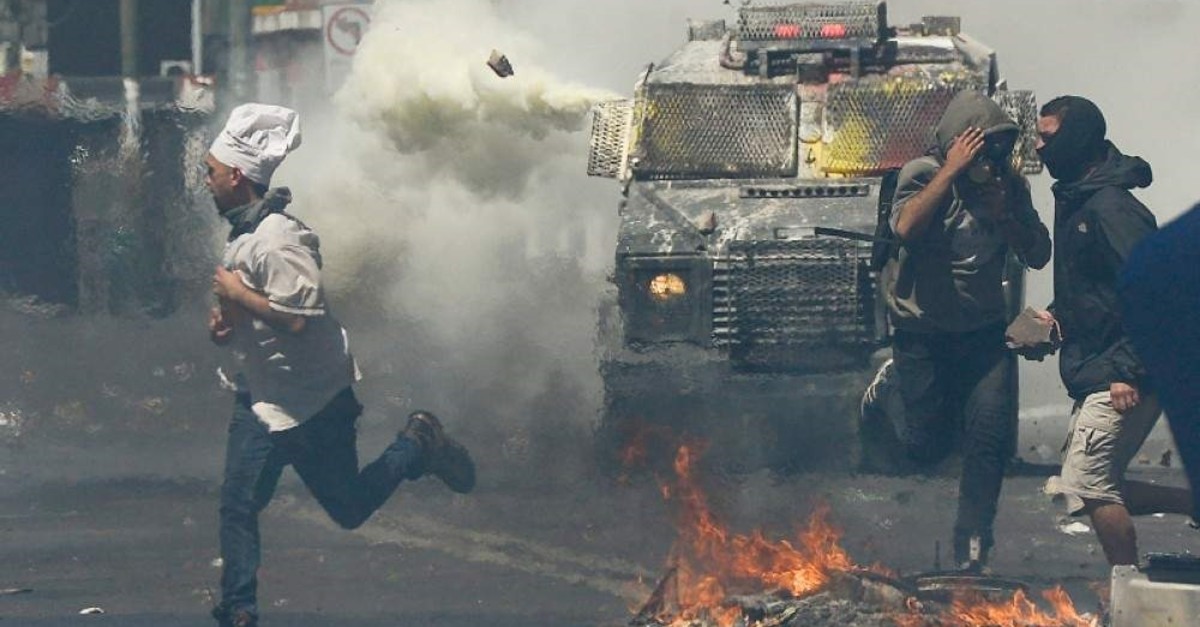 U.N. Secretary-General Antonio Guterres called on protesters around the world Friday to follow champions of nonviolent change like Mahatma Gandhi and Martin Luther King Jr., and urged world leaders "to listen to the real problems of real people." The U.N. chief told reporters that "disquiet in peoples' lives" has sparked demonstrations around the world from the Middle East to Europe, Africa, Asia, Latin America and the Caribbean. While every situation is unique, he said, "it is clear that there is a growing deficit of trust between people and political establishments, and rising threats to the social contract." "The world is also wrestling with the negative impacts of globalization and new technologies, which have increased inequalities within societies," Guterres said. "Even where people are not protesting, they are hurting and want to be heard." He said people want their human rights respected, they want a say in decision-making about their lives, and they want "a level playing field - including social, economic and financial systems that work for all." The secretary-general reiterated his deep concern that some protests have turned violent and led to the loss of life, stressing that governments are obligated to uphold freedom of expression and assembly and "security forces must act with maximum restraint, in conformity with international law." "There can be no excuse for violence - from any quarter," he said. Guterres said in response to a question about demonstrations in Iraq which turned deadly that the U.N. has been "systematically appealing for non-violence and for restraint" by Iraqi authorities and other actors, and he pointed to recent U.N. preliminary findings which showed "substantial violations of human rights that took place and need to be clearly denounced and condemned." As for protests in Lebanon, he said, his message is "that the country must solve its problems with dialogue. "I urge maximum restraint and no use of violence, both from the side of the government and the side of the protesters," he said. Guterres called for action to create "fair globalization, strengthen social cohesion, and tackle the climate crisis." He said these are the objectives of U.N. goals for 2030 aimed at ending extreme poverty, promoting economic development, preserving the environment and combating inequality. "With solidarity and smart policies, leaders can show they 'get it' - and point the way to a more just world," the secretary-general said.
Last Update: Dec 20, 2019 1:15 am
RELATED TOPICS