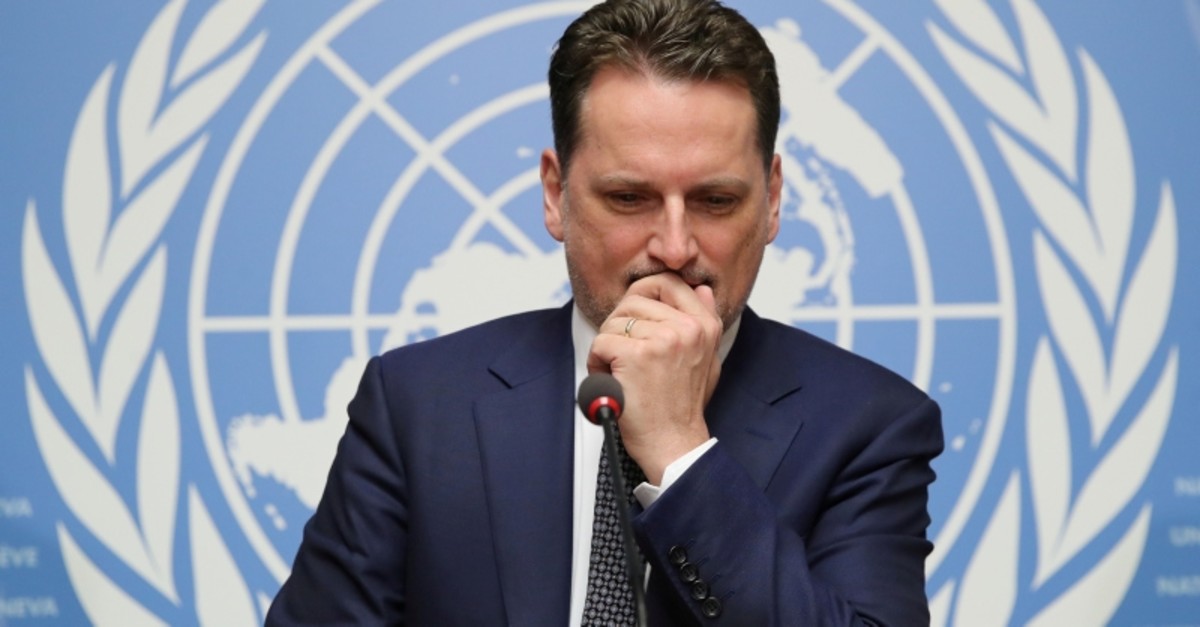 The head of the U.N. agency for Palestinian refugees resigned on Wednesday, following an internal investigation whose preliminary results reflected concerns over allegations of possible sexual misconduct, nepotism and other abuses of authority at the agency.

The allegations in the ethics report came amid a financial crisis for the agency, sparked by the unprecedented loss of all funding from the United States, its largest donor.

U.N. spokesman Stephane Dujarric, who made the announcement, said the resignation of the agency's commissioner-general, Pierre Krahenbuhl, was effective immediately.

Earlier Wednesday, Dujarric said U.N. Secretary-General Antonio Guterres had placed Krahenbuhl on "administrative leave." The spokesman also said that the initial findings of the investigation by the U.N. Office of Internal Oversight Services "exclude fraud or misappropriation of operational funds by the commissioner-general."

Several hours later, he said Krahenbuhl informed Guterres of his immediate resignation and the U.N. chief thanked him "for his commitment and dedication" to the U.N. Relief and Works Agency, known as UNRWA.

Guterres had already appointed Christian Saunders to act as officer-in-charge of UNRWA, during Krahenbuhl's leave.

Saunders, a Briton, had been appointed as UNRWA's acting deputy commissioner-general as the revelations first emerged. He began his U.N. career in 1989 with UNRWA in Gaza and was most recently U.N. assistant secretary-general for supply chain management.

Saunders "will lead the implementation of a management plan to strengthen the Agency, particularly in the areas of oversight and accountability," Dujarric said.

UNRWA earlier Wednesday announced that Krahenbuhl had temporarily stepped aside.

Its statement said the ongoing review by the U.N. internal watchdog turned up "a number of areas that required strengthening" at UNRWA, which was established to aid the 700,000 Palestinians who fled or were forced from their homes during the war surrounding Israel's establishment in 1948.

UNRWA now provides education, health care, food and other services to 5.5 million refugees, their children and grandchildren in the West Bank and Gaza Strip as well as Jordan, Syria and Lebanon.

A confidential report by the U.N. ethics office obtained by The Associated Press in July claimed UNRWA managers including Krahenbuhl had "engaged in sexual misconduct, nepotism, retaliation, discrimination and other abuses of authority."

Citing information from some 25 current and past UNRWA directors and staff, the ethics report said an "inner circle" comprising Krahenbuhl, his deputy Sandra Mitchell, Chief of Staff Hakam Shahwan and senior adviser Maria Mohammedi had bypassed normal decision-making processes and sidelined field and program directors and other senior staff.

The report alleges that Krahenbuhl, a Swiss national who was appointed to lead UNRWA on March 30, 2014, started a relationship with Mohammedi late that year that "went beyond the professional," created "a toxic environment," and caused "frequent embarrassment."

The ethics office said Krahenbuhl established the post of senior adviser and followed "an extreme fast-track" to give the job to Mohammedi. She traveled with him on the vast majority of his business travels, using waivers so she could travel business class with him, the report alleged.

The report said some former executive office staff reported that Krahenbuhl was away from UNRWA headquarters in Jerusalem for 28-29 days per month, claiming a daily allowance. It said he told a senior staff member in mid-November 2018 that he had made 52 trips during that year up until that time.

The ethics report alleged the concentration of power began in 2015 and escalated after the United States cut funding from $360 million to just $60 million in 2018. This year, the agency received nothing from the Trump administration.

Last year, 42 countries and institutions increased their contributions so the agency could finance its $1.2 million budget. UNRWA has kept the same $1.2 billion budget this year in hopes donors will be equally generous, but its financial support remains precarious.