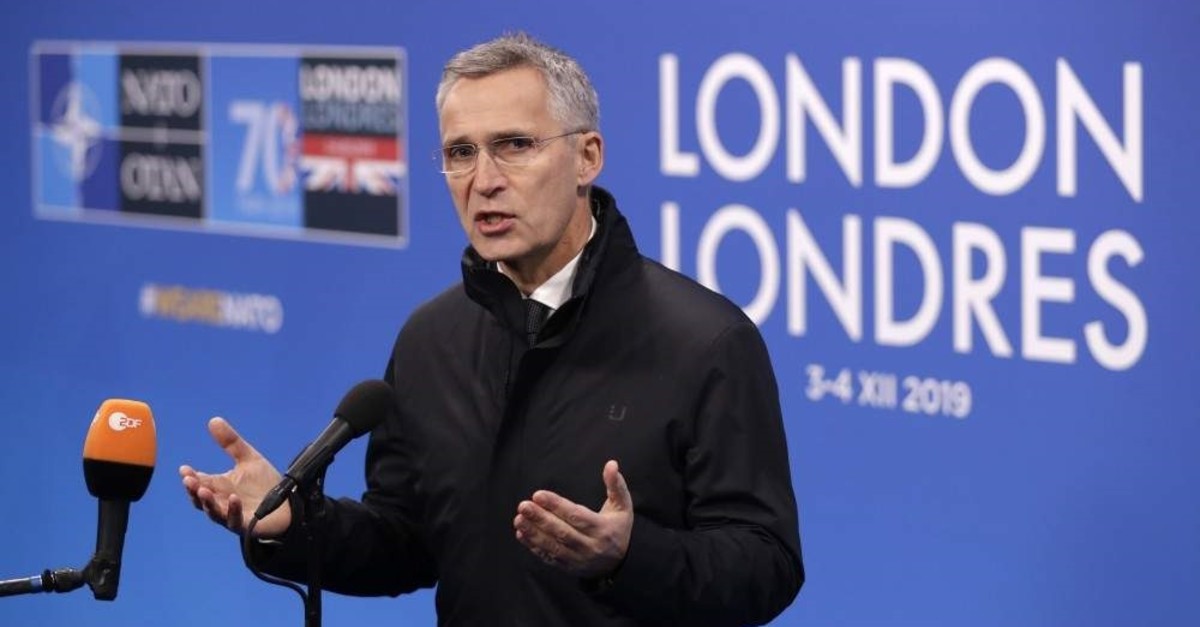 NATO Secretary General Jens Stoltenberg gives a statement prior to the arrival of NATO leaders, meeting at The Grove hotel and resort in Watford, Hertfordshire, England, Wednesday, Dec. 4, 2019. (AP Photo)
by Associated Press Dec 04, 2019 11:33 am

NATO Secretary-General Jens Stoltenberg on Wednesday rejected French criticism that the military alliance is suffering from “brain death,” and insisted that the organization is adapting to modern challenges.

“NATO is agile, NATO is active, NATO is adapting,” Stoltenberg said before chairing a meeting between U.S. President Donald Trump and his alliance counterparts at a luxury hotel and golf resort outside London.

Stoltenberg also said that European allies and Canada have added $130 billion to their defense spending since 2016, even as Trump has complains that they are too slow to boost their military budgets.

“This is unprecedented, this is making us stronger,” Stoltenberg said of the spending effort.

After Russia annexed the Crimean Peninsula in 2014, NATO countries halted their post-Cold War spending cuts and began increasing spending. They pledged to “move toward” spending 2% of their annual GDP on national defense by 2024.

Trump said Tuesday that much more needs to be done.

The summit comes amid very public infighting between some of NATO’s biggest member countries and the disputes threaten to undermine the credibility of the 29-nation military alliance.

The leaders are due to publish a declaration underlining their commitment to NATO on its 70th birthday, and to show that the alliance is adapting to modern threats and potential new adversaries like China.

Trump and President Emmanuel Macron clashed Tuesday over the French leader’s criticism of NATO. Macron says NATO needs “a wake-up call” and he has complained of a lack of U.S. leadership.

The United States is by far the biggest and most influential member of NATO. Its military spending dwarfs that of all the other allies combined.