US Congress condemns China over crackdown on Uighurs 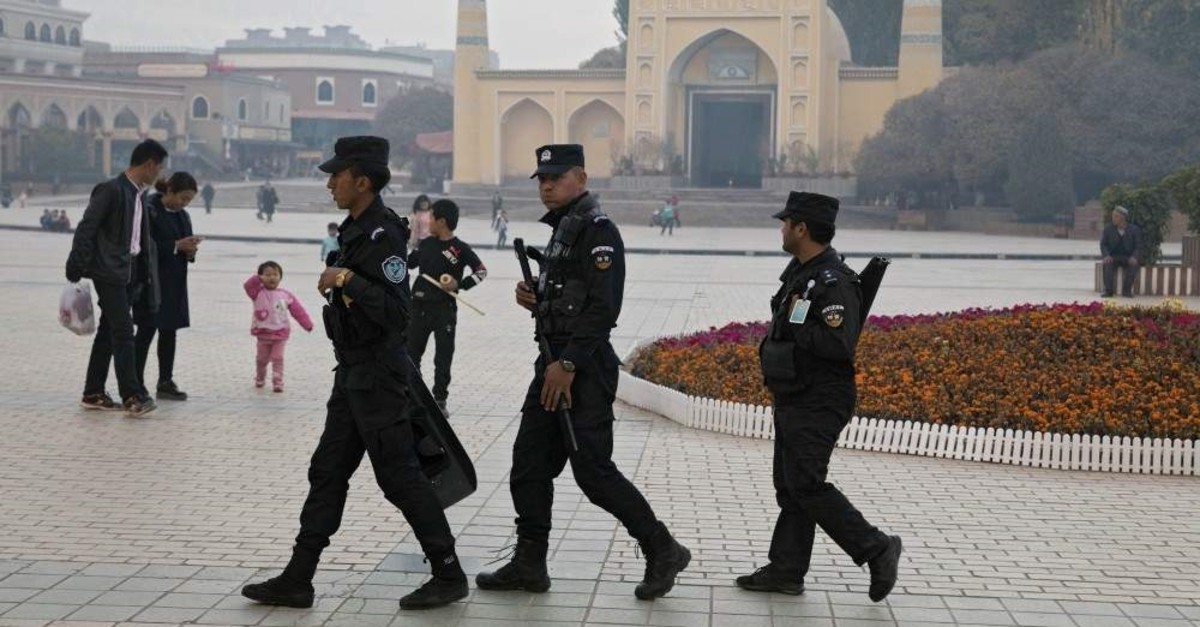 In this Nov. 4, 2017, file photo, Uighur security personnel patrol near the Id Kah Mosque in Kashgar in western China's Xinjiang region. (AP Photo)
by Compiled from Wire Services Dec 04, 2019 8:41 am

United States Congress overwhelmingly approved a bill Tuesday aimed at pressuring China over a brutal mass crackdown on ethnic Muslims in the far west of the country, legislation that follows a similar measure over human rights abuses in Hong Kong that angered the Chinese government.

The House of Representatives voted 407-1 to approve the Uighur Human Rights Policy Act, which has already passed the Senate.

The legislation condemns the detention of more than 1 million Uighurs, Kazakhs and other minorities in so-called reeducation camps, where they are subjected to political indoctrination, torture, beatings, and food deprivation, as well as denial of religious and linguistic freedom.

It would require the State Department to evaluate whether Chinese officials would meet the criteria for sanctions for their roles in the crackdown in the Xinjiang region.

“The Chinese Government and Communist Party is working to systematically wipe out the ethnic and cultural identities of Uighurs and other Muslim minorities in Xinjiang," said Sen. Marco Rubio, R-Fla., one of the backers of the legislation. “Today, Congress took another important step to hold Chinese officials accountable for egregious and ongoing human rights abuses."

Chinese Foreign Ministry spokeswoman Hua Chunying said in a statement Wednesday that the U.S. is using the Xinjiang issue to sow discord in Chinese ethnic relations and undermine the prosperity and stability of the far west region, home to the predominantly Muslim Uighur and Kazakh minority groups.

"We urge the U.S. to immediately correct its mistakes, prevent the aforementioned Xinjiang-related bill from becoming law, and stop using the Xinjiang-related issue to interfere in China's internal affairs," Chunying said.

"China will respond according to the development of the situation," she added.

"Xinjiang-related issues are not issues of human rights, ethnicity or religion, but issues related to anti-terrorism and anti-separatism," Hua said, adding that China's campaign in Xinjiang has prevented any terrorist attack from happening in the past three years.