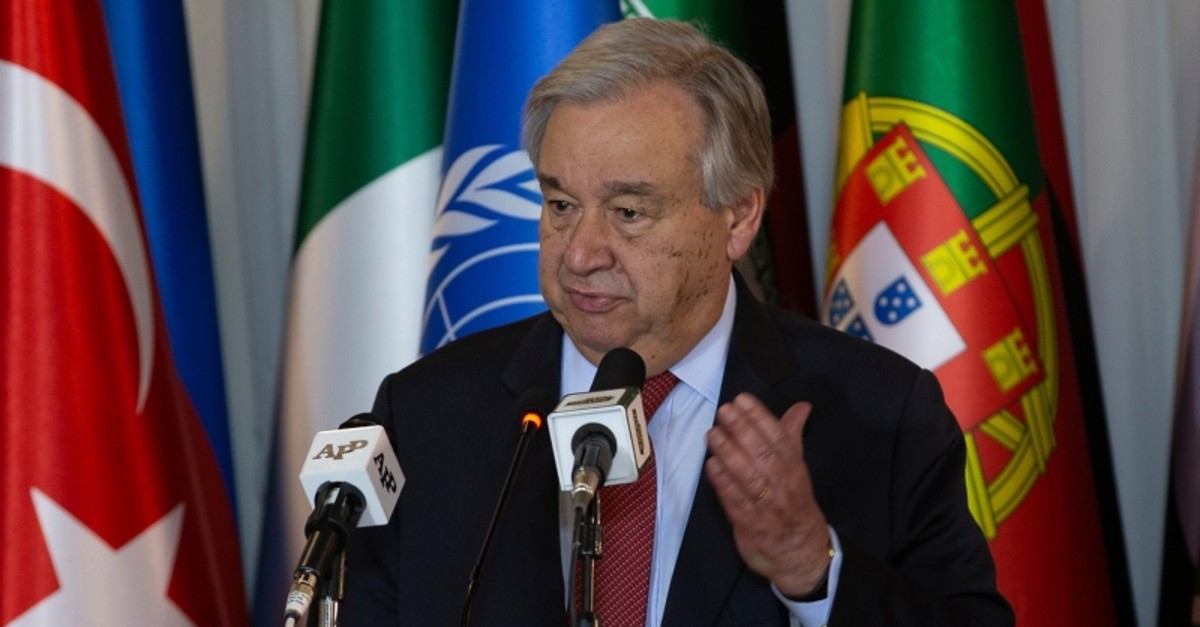 The U.N. chief on Sunday voiced his concern over rising Islamophobia in the world, calling it "intolerable."

Antonio Guterres' remarks came during a joint news conference with Pakistan's Foreign Minister Shah Mahmood Qureshi in the capital Islamabad, where he arrived early Sunday on a four-day visit.

"We see today that migrants or refugees sometimes are attacked by populist politicians or other religious haters. It is, for me, absolutely evident that we need to fight Islamophobia very strongly," Guterres said.

He said that hate speech is one of the most important instruments of Islamophobia and that the U.N. has recently launched an initiative to counter hate speech.

Referring to a joint initiative by Turkey, Pakistan and Malaysia to counter Islamophobia, the U.N. chief said his initiative, headed by his special advisor on the Prevention of Genocide, will also go on the same lines.

"We are totally committed in our action around the world to fight against all forms of populism that try to use Islamophobia and other forms of hatred, as a tool to win votes, which is totally unacceptable," Guterres added.

There is a need to preserve harmony among religions, he said, adding, "And I believe that my visit tomorrow to the Kartarpur corridor will be the symbol of that dialogue, debate and tolerance."

Qureshi also expressed his concern over growing Islamophobia. "It's very dangerous. It has already started impacting European politics, as you've seen how the far right has taken advantage of that."