US accuses Russia of trying to stir coronavirus panic 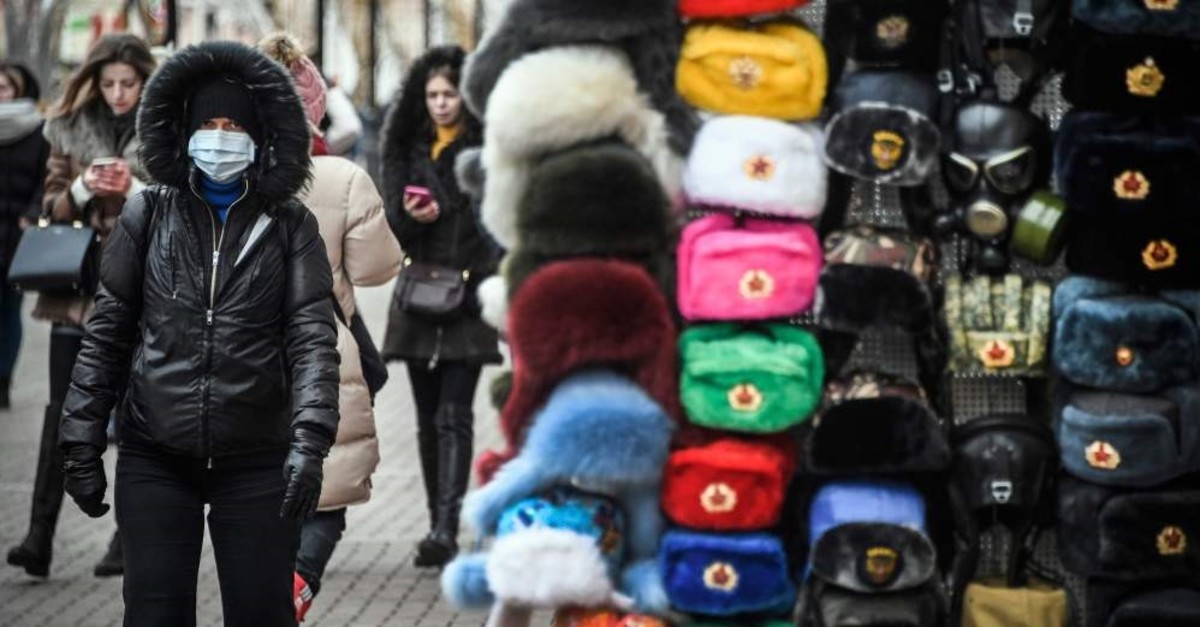 The disinformation campaign promotes unfounded conspiracy theories that the U.S. is behind the COVID-19 outbreak, in an apparent bid to damage the U.S. image around the world by seizing on health concerns.

"Russia's intent is to sow discord and undermine U.S. institutions and alliances from within, including through covert and coercive malign influence campaigns," said Philip Reeker, the acting Assistant Secretary of State for Europe and Eurasia.

"By spreading disinformation about coronavirus, Russian malign actors are once again choosing to threaten public safety by distracting from the global health response," he said.

The claims that have been circulating in recent weeks include allegations that the virus is a U.S. effort to "wage economic war on China," that it is a biological weapon manufactured by the CIA or part of a Western-led effort "to push anti-China messages."

U.S. individuals including Microsoft co-founder Bill Gates, a philanthropist who has spent billions on global health programs, have also been falsely accused of involvement in the virus.

The disinformation campaign was identified by U.S. monitors in mid-January after Chinese officials announced a third death from the new coronavirus in Wuhan, the epicenter of the outbreak.

More than 2,340 people have since died, mostly in China. The number of cases exceeds 76,000 and the virus has reached around 25 countries. Among them is Iran, which on Saturday ordered the closure of schools and universities in two cities, after a fifth death.

Several thousand online accounts – previously identified for airing Russian-backed messages on major events such as the war in Syria, the Yellow Vest protests in France and Chile's mass demonstrations – are posting "almost near identical" messages about the novel coronavirus, according to a report prepared for the State Department's Global Engagement Center and seen by AFP.

The accounts – run by humans, not bots – post at similar times in English, Spanish, Italian, German and French and can be linked back to Russian proxies, or carry similar messages to Russian-backed outlets such as RT and Sputnik, it said.

Russian state-funded media started pushing anti-Western messages about the cause of the epidemic on Jan. 20, with operators of the social media accounts beginning to post globally the following day, U.S. officials say.

"In this case, we were able to see their full disinformation ecosystem in effect, including state TV, proxy web sites and thousands of false social media personas all pushing the same themes," said Special Envoy Lea Gabrielle, head of the Global Engagement Center, which is tasked with tracking and exposing propaganda and disinformation.

During many past news events, the accounts would post actively for up to 72 hours. But messages about the new coronavirus have been uploaded every day over the past month – a sign, U.S. officials said, of Russia's investment in a story unlikely to disappear soon from the headlines.

"In the Russian doctrine of information confrontation, this is classic," said another official from the Global Engagement Center.

"The number of coronavirus cases globally hasn't reached its apex, so the Russian strategy is to very cheaply but very effectively take advantage of the information environment to sow discord between us and China, or for economic purposes."

Experts saw parallels with previous conspiracy theories traced to Moscow, including a KGB disinformation campaign in the 1980s that convinced many around the world that U.S. scientists created the HIV virus that causes AIDS.

U.S. intelligence has also said that Russia interfered through social media manipulation in the 2016 election and seeks to do so again in 2020. The Kremlin has denied the charges and President Donald Trump has scoffed at suggestions of Russian help.

Scientists believe the COVID-19 illness originated in late December in Wuhan at a market selling exotic animals for human consumption.

Bats are known carriers of this strain of the coronavirus, whose official name is SARS-CoV-2, but scientists think it spread to humans via another mammal species, possibly pangolins.

The U.S. believes the latest Russian disinformation campaign is making it harder to respond to the epidemic, particularly in Africa and Asia, with some of the public becoming suspicious of the Western response.

The World Health Organization warned Friday that the window to stem the outbreak was narrowing, voicing alarm at a surge of cases with no clear link to China.

A State Department official said that Russian operatives appeared to have been given "carte blanche" to attack the U.S. reputation.

"Whether or not a particular theme is being directed at the highest levels doesn't matter. It's the fact that they have freelance ability to operate in this space to do whatever damage they can, which could have seismic implications."