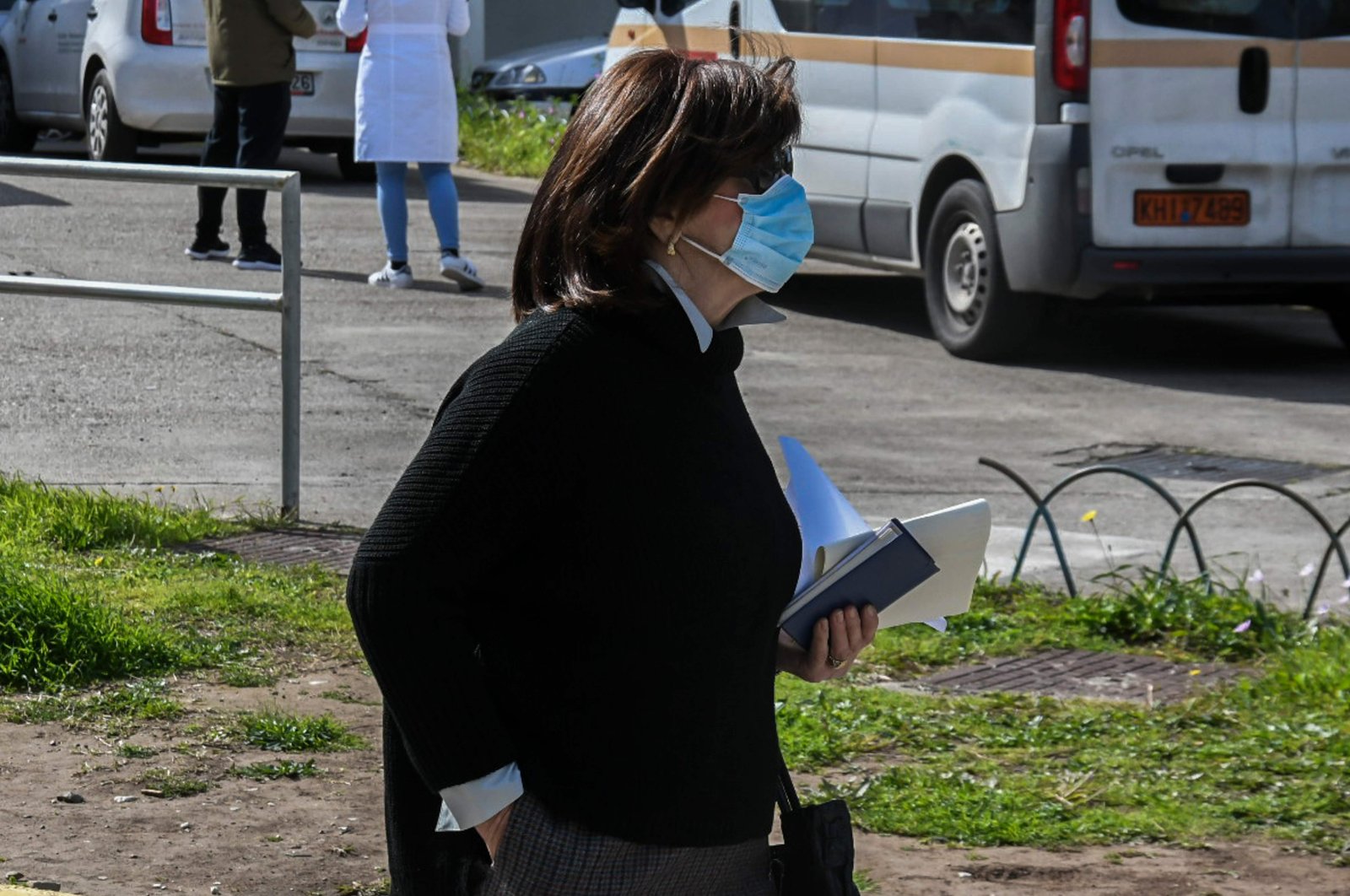 A woman wearing a protective face mask walks in front of the Patras University Hospital in Rio, outside Patras, southwestern Greece, where three patients infected with COVID-19, the new coronavirus, are hopitalised.
by Compiled from Wire Services Mar 07, 2020 11:27 pm

The total number of COVID-19 cases have risen to 66 of which, 47 were in a group that traveled to Israel and Egypt in late February, the Greek National Public Health Organization reported Saturday.

One of the travelers is a 66-year-old man who is in intensive care. No fatalities have been reported in Greece. A total of 21 new cases were confirmed by the country. The government is expected to unveil measures concerning schools and other public spaces in the next couple of days.

Meanwhile, 21 new cases were confirmed in Israel,15 in Egypt and 11 in Qatar.

The same day Iran announced the death of 21 more people from the virus, raising the country's death toll to 145. More than 1,000 infections were also confirmed overnight, bringing the country's total to 5,823 cases.

Iran is one of the worst-hit countries outside of China. Its capital city, Tehran, has the most infections with more than 1,500 cases, followed by the Shiite holy city of Qom with 668 and the northern province of Mazandaran with 606.