6 Atlanta officers charged after students pulled from car amid protests 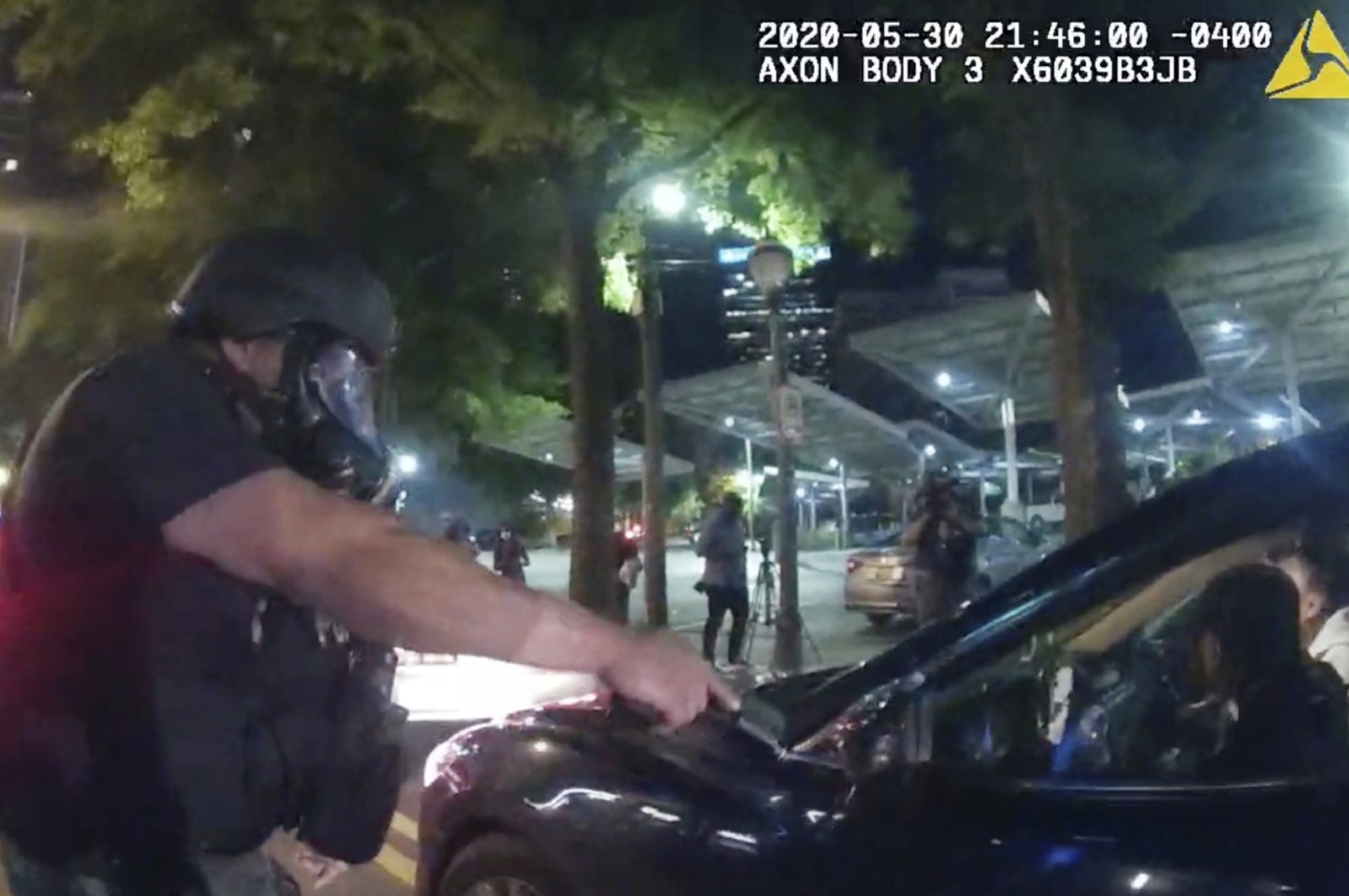 In this photo taken from police body camera video released by the Atlanta Police Department, an officer points his handgun at Messiah Young while the college student is seated in his vehicle, in Atlanta, Georgia, May 30, 2020. (AP Photo)
by ASSOCIATED PRESS Jun 02, 2020 7:10 pm
RECOMMENDED

Six Atlanta police officers have been charged after dramatic footage showed authorities pulling two young people from a car during protests over the death of George Floyd, a prosecutor said Tuesday.

The Saturday night incident first gained attention from a video posted online and on local news.

Five of the officers are charged with aggravated assault, in addition to other charges.

Two of the officers, Investigator Ivory Streeter and Investigator Mark Gardner, were fired earlier this week.

Atlanta Mayor Keisha Lance Bottoms said the woman, Taniyah Pilgrim, was released without charges. She said the man, Messiah Young, was released, too, and she’s ordering the charges against him dropped. She didn’t specify what charges he faced. A police report says Young was charged with attempting to elude police and driving with a suspended license.

Dramatic body camera video that police released Sunday night shows police taking another young man into custody in a downtown street alongside a line of stopped cars. The man is pleading with police to let him go, saying he didn’t do anything.

Young, sitting in the driver’s seat of a car stopped in the street holds up his phone, appearing to shoot a video as an officer approaches and pulls the driver’s side door open. Young pulls the door shut and says repeatedly, “I’m not dying today.” He urges the officers to release the other man and let him get in the car as the dark sedan advances a bit.

The car gets stuck in traffic and officers run-up to both sides of the car shouting orders. An officer uses a stun gun on Pilgrim as she’s trying to get out of the car and then officers pull her from the vehicle.

Another officer yells at Young to put the car in park and open the window. An officer repeatedly hits the driver’s side window with a baton, and another officer finally manages to break it.

Police reports do not list a gun as having been recovered.