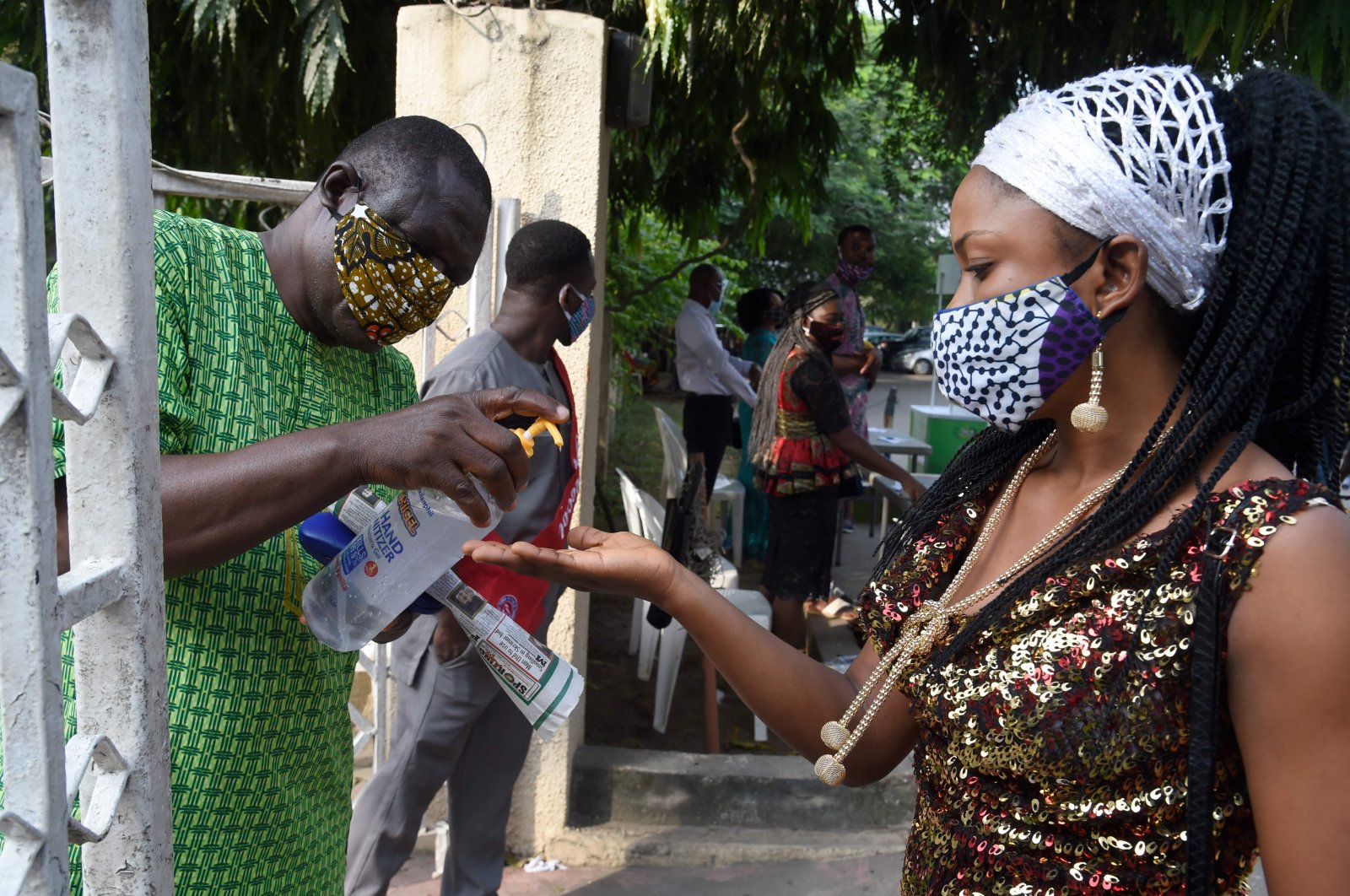 A woman wearing a face mask sanitizes her hands outside the Holy Cross Cathedral following the reopening of churches and lifting of restrictions on religious gatherings as a precaution to check the spread of COVID-19, in Lagos, Nigeria, Aug. 9, 2020. (AFP Photo)
by German Press Agency - DPA Sep 07, 2020 6:23 pm

More than one-third of Nigeria's doctors embarked on a nationwide strike Monday, even as Africa's most populous nation tries to curb COVID-19 infections.

Roughly 16,000 of the West African nation's 42,000 doctors have joined the indefinite strike action to demand better pay and working conditions in public hospitals, the president of the National Association of Resident Doctors, Aliyu Sokomba, told the German Press Agency (dpa).

Doctors who work in COVID-19 isolation centers will also participate in the strike, Sokomba said.

Medical professionals say they are concerned about a lack of availability of protective equipment to ensure job safety.

More than 10,000 health care workers in Africa have tested positive for COVID-19, most of them in Nigeria and South Africa, the World Health Organization (WHO) said in July.

Nigeria, a country of roughly 200 million people, has reported some 55,000 cases of the virus and 1,057 deaths so far, according to the African Centres for Disease Control and Prevention.