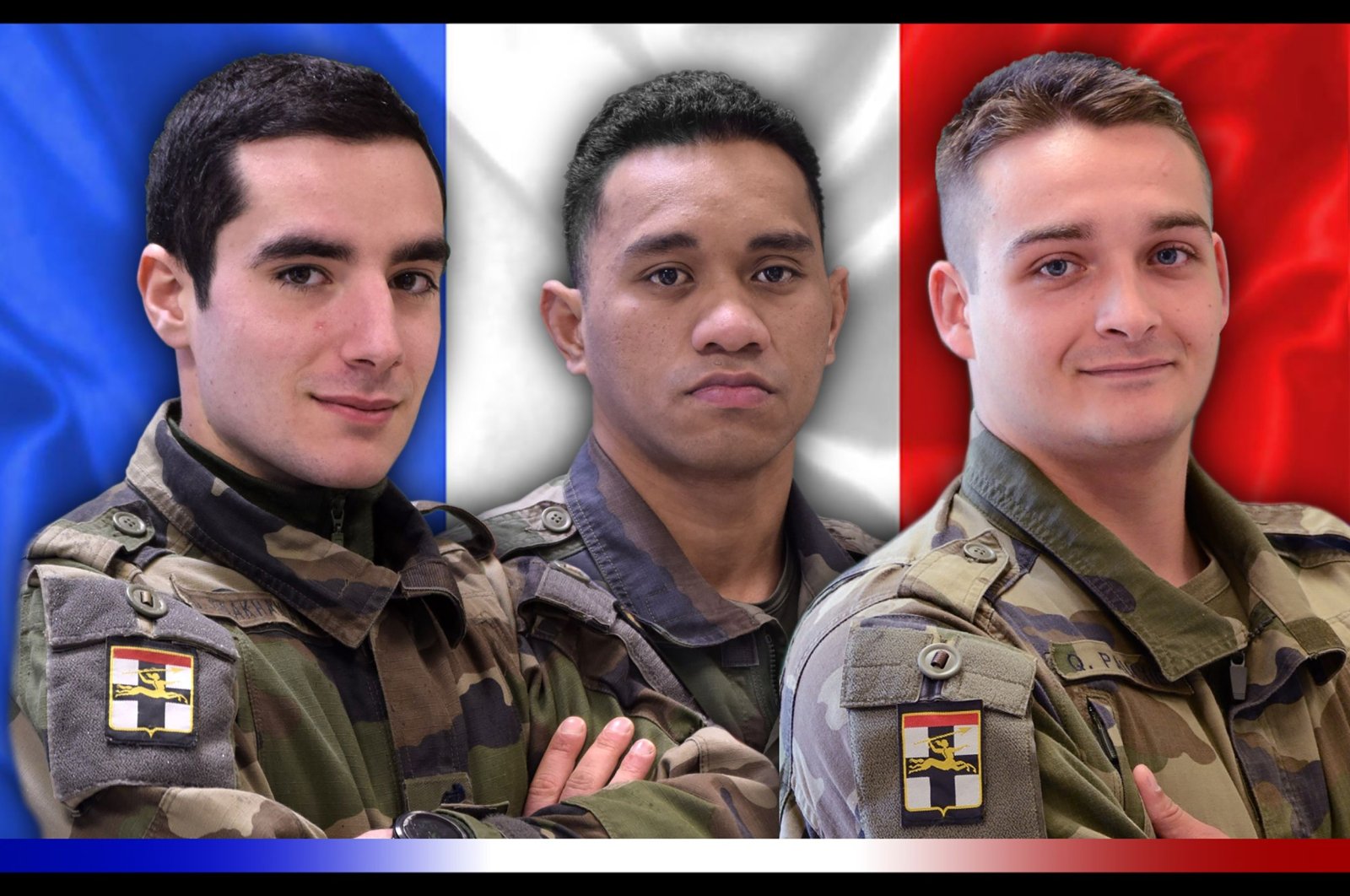 French soldiers (from L) Dorian Issakhanian, Tanerii Mauri and Quentin Pauchet were killed during an operation in the Hombori region, in Mali, Dec. 28, 2020. (AFP Photo)
by Anadolu Agency Dec 29, 2020 8:39 am

Three French soldiers serving in Mali as part of Operation Barkhane were killed Monday when their armored vehicle was struck by a homemade bomb.

The soldiers were involved in an operation against "Islamic" fighters in the southern region of Hombori, the Elysee Palace said in a statement.

French President Emmanuel Macron said he shared the pain of the soldiers' families and expressed his condolences.

The French Defense Ministry said the incident happened in the morning.

France has deployed 5,100 troops in Africa's Sahel region, including Mauritania, Mali, Burkina Faso, Niger and Chad, as part of Operation Barkhane, which began in 2014.