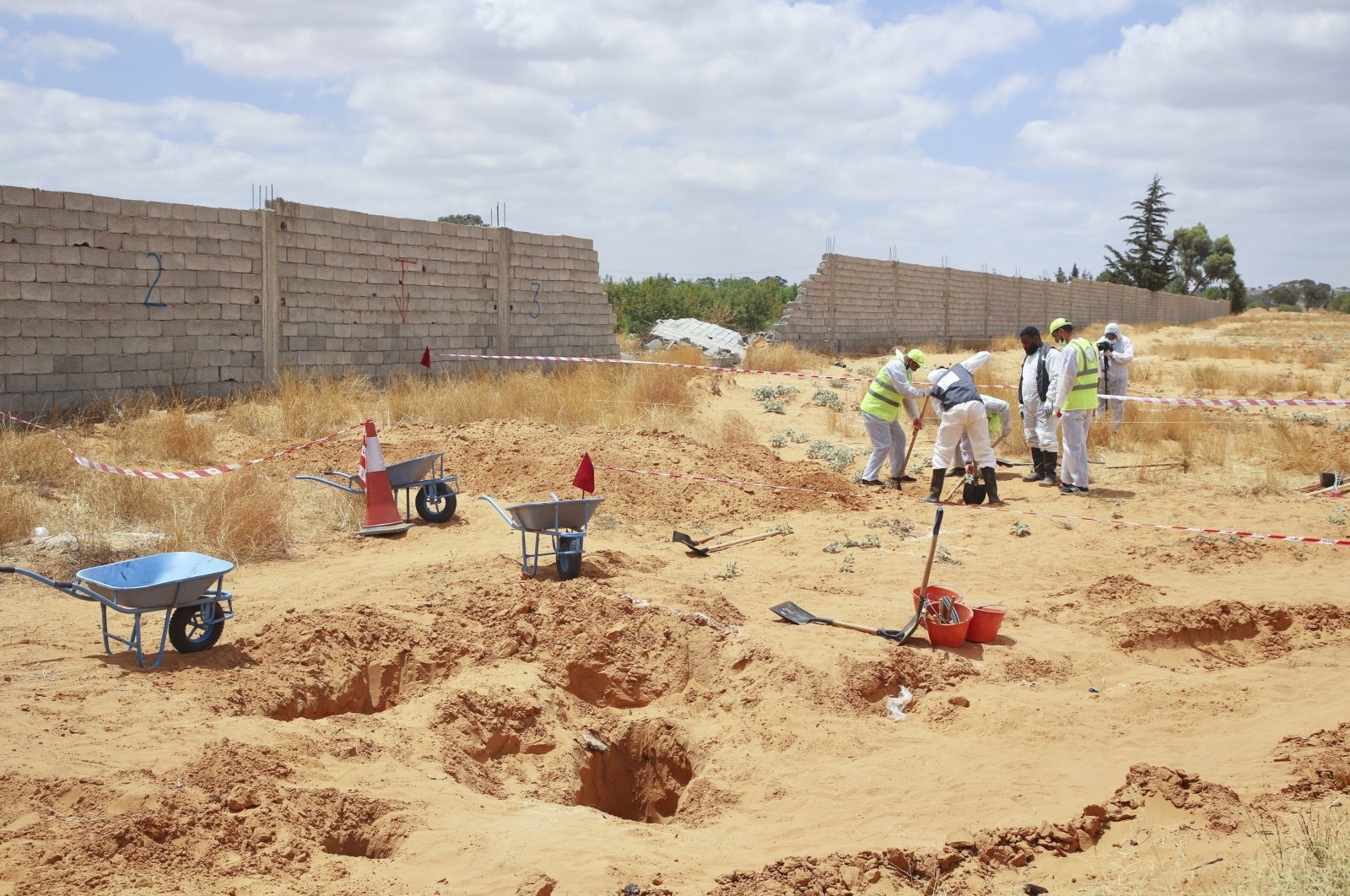 Another three mass graves were found in the city of Tarhuna, south of the capital Tripoli, according to Libyan authorities on Sunday.

In a statement, the General Authority for Research and Identification of Missing Persons said its teams discovered three locations of mass graves in an area near the Abdaly Highway in Tarhuna.

The authority said it will start exhuming the bodies on Monday, without giving any further details.

Since June last year, Libyan authorities have discovered 83 mass graves in different areas in Tarhuna, from which more than 200 bodies were exhumed.

Tarhuna was a former stronghold for putschist Gen. Khalifa Haftar, whose forces were pushed back from Tripoli by government forces last year.

In March, Libyan authorities said they have lists of 3,650 missing people in different Libyan cities, including 350 missing persons in Tarhuna.

On March 16, a new transitional unity government headed by Prime Minister Abdul Hamid Mohammed Dbeibah was elected to lead the country to elections this December.

Libyans hope that the move will end years of civil war that have engulfed the country since the ouster and killing of strongman Moammar Gadhafi in 2011.