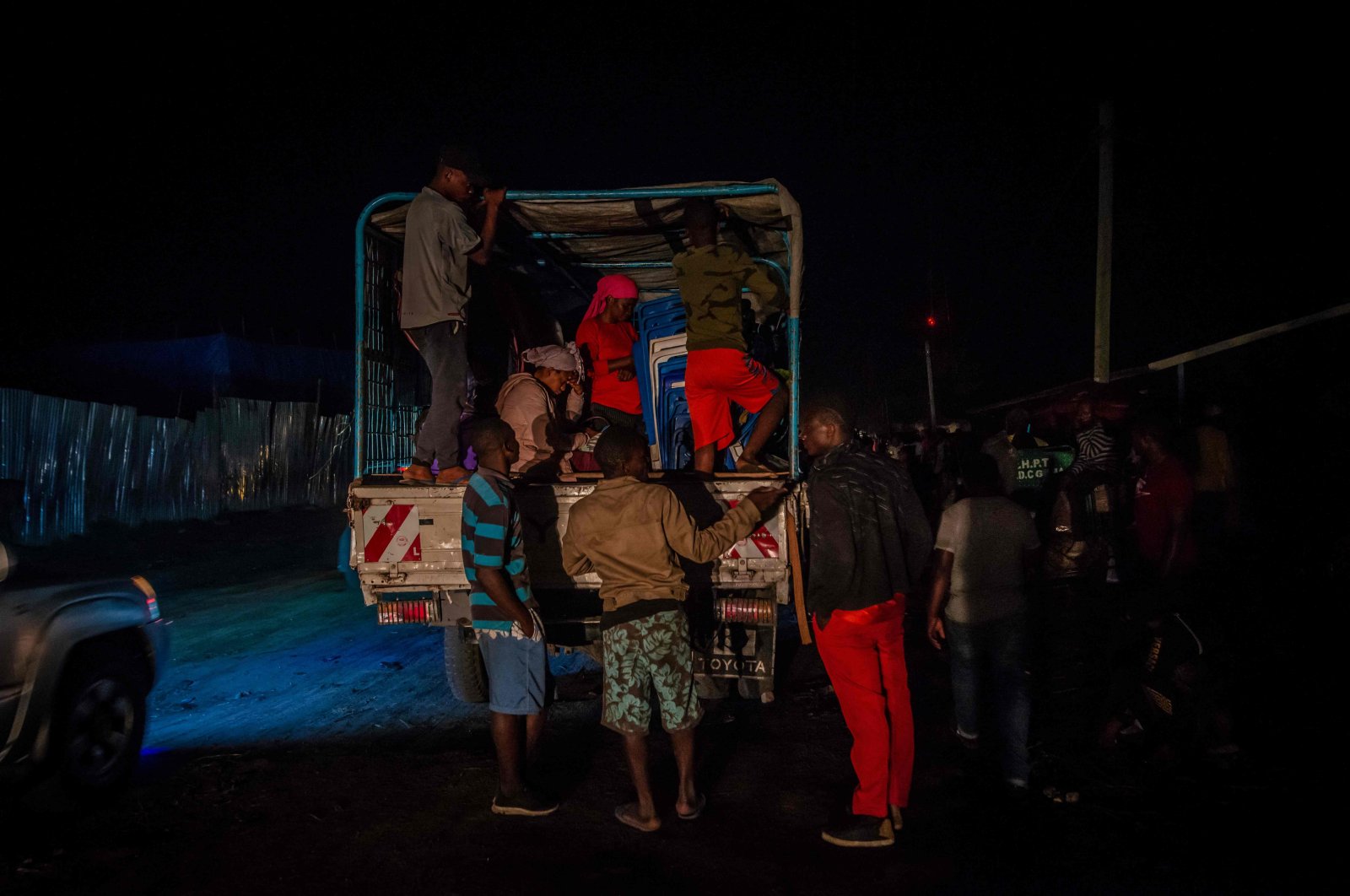 Goma residents arrive in Sake, 25 kilometers Nort-West of Goma, where they fled after the local authorities ordered the population to evacuate the city, Sake, Democratic Republic of Congo, May 27, 2021. (AFP Photo)
by French Press Agency - AFP May 28, 2021 4:29 pm
RECOMMENDED

Nearly 400,000 people fled the eastern Democratic Republic of Congo's city of Goma after the government issued an evacuation order over fears of a new eruption by the Mount Nyiragongo volcano, local authorities said Friday.

"80,000 households, equivalent to around 400,000 inhabitants, left the city of Goma on Thursday," they said in a report on an emergency meeting about the situation.

Tens of thousands of people streamed out of the city on Thursday, choking highways, in response to the "preventative" evacuation.

Most people have headed for Sake, around 25 kilometers (15 miles) west of Goma, and for the Rwandan border, in the northeast.

Aid efforts are being organized to provide drinking water, food and other supplies, and workers are helping to reunite children who became separated from their families, the report said.

The evacuation "will remain in place" as "a land eruption or (eruption) under the lake cannot be ruled out," it said.

The United Nations Office for the Coordination of Humanitarian Affairs (OCHA) had previously estimated that nearly 400,000 out of the city's 600,000 people would be affected by the order, which applies to 10 out of 18 districts.

The wider Goma area has a population of around 2 million people.

Experts consider Mount Nyiragongo to be the most active and most dangerous volcano in Africa.

It roared back into life on Saturday, in an eruption that ended the following day after a river of lava headed toward Goma, stopping at the city's edge but obliterating homes in its path.

Thirty-two people have died from burns or asphyxiation – a toll that rose to 34 when two people died in accidents during Thursday's evacuation, the authorities said.

Between 900 and 2,500 dwellings were destroyed in the weekend eruption, equivalent to leaving around 20,000 people homeless.