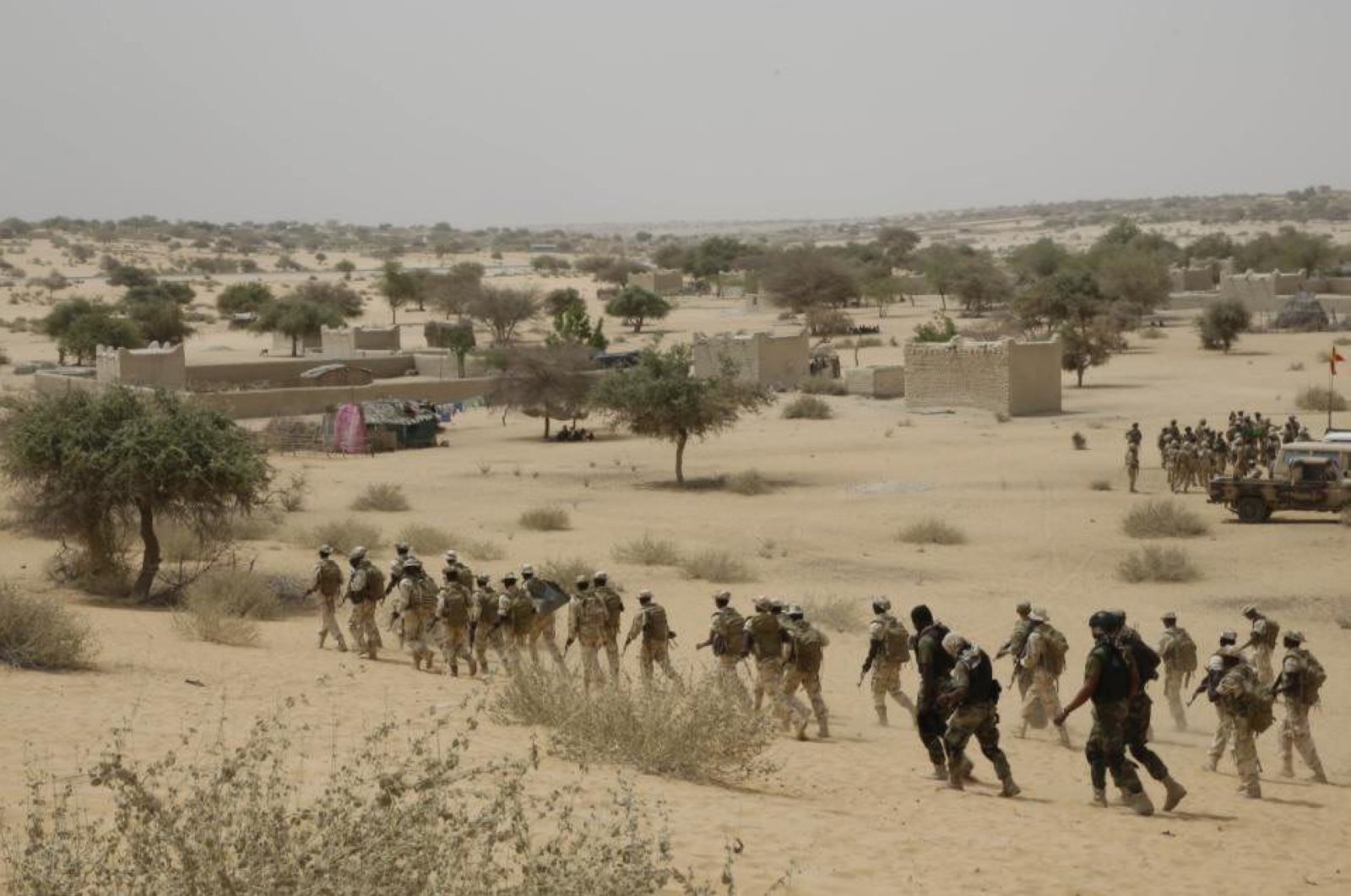 Chadian troops participate along with Nigerian special forces in a hostage rescue exercise at the end of the Flintlock exercise in Mao, Chad, March 7, 2015. (AP Photo)
by Compiled from Wire Services Apr 19, 2020 7:10 pm
RECOMMENDED

Forty-four Boko Haram terrorist suspects were found dead of apparent suicide in their prison cells in Chad, a public prosecutor said, as observers wonder whether they were murdered or had committed collective suicide.

Autopsies carried out on four of the prisoners found that they had ingested poison, Youssof Tom, a high court prosecutor, said Saturday.

The imprisoned suspects died on Thursday and Friday. It is unclear how the prisoners acquired the poison from inside the prison.

Officials said the 44 were among a group of 58 suspects captured during a major army operation around Lake Chad launched by President Idriss Deby Itno early this month. Dubbed Operation "Anger of Boma," 1,000 Boko Haram fighters were killed and dozens were taken prisoner during a 10-day counterterrorism operation, according to the Chadian army.

"For the 14 other prisoners who escaped this atrocious death, the legal proceedings will continue," Tom said.

All 58 were to have been tried by a criminal court, Justice Minister Djimet Arabi told Agence France-Presse (AFP).

"What happened in the meantime? We are still in shock," Arabi said, adding that an investigation has been launched.

Before Tom's announcement, a security source, speaking on condition of anonymity, told AFP that the prisoners had been held in "a single cell and were given nothing to eat or drink for two days."

But the justice minister insisted "there was no mistreatment and the prisoners were fine the day before."

"It's a serious violation of international humanitarian law," said Jean Bosco Manga, founder of the Citizens' Movement for the Preservation of Liberties. "When the enemy is under your control, disarmed, he must enjoy all humanitarian protections."

Mahamat Alabo, a leading opposition figure, said, "The Chadian government is responsible for what happened to them in prison."

"The causes must really be determined," he said, calling for an independent investigation.

The government says the 14 prisoners who survived would be questioned over the circumstances of the deaths.

An expert on Boko Haram at London University, Bulama Bukarti, told AFP the prisoners may have swallowed poison to avoid the humiliation of a trial or to avoid divulging strategic information.

But he said no such group suicide has occurred in the past.

Bukarti speculated however that they may have followed the example of Daesh terrorist group leader Abu Bakr al-Baghdadi, who blew himself up when a U.S. raid chased him into a dead-end tunnel in his Syrian hideout last October.

Another possibility is that Chadian security forces poisoned the prisoners, Bukarti said, perhaps to avenge the deaths of 98 soldiers in a March 23 attack on a base at Bohoma, in the Lake Chad marshlands.

It was the largest one-day loss the vaunted Chadian army has ever suffered, and it prompted the massive military operation against Boko Haram.

Bukarti noted that humanitarian groups had reported "thousands" of killings of suspected Boko Haram members by the region's armies without due process.

"The third possible scenario is that Chad never captured those Boko Haram fighters in the first place. It could be that Chad exaggerated the figure of the fighters it arrested just as many see the 1,000 they said they killed as inflated," Bukarti said.

"The only way to save face in this case would be to concoct a story like this," he said.

Boko Haram poses a steady threat to communities in the northeast of Nigeria and also launches offensives in Chad, Niger and Cameroon. Since 2009, tens of thousands of people have died at the hands of the terrorists in the region and an estimated 2.5 million people have fled their homes.