5 police officers injured in explosion near US Embassy in Tunisia 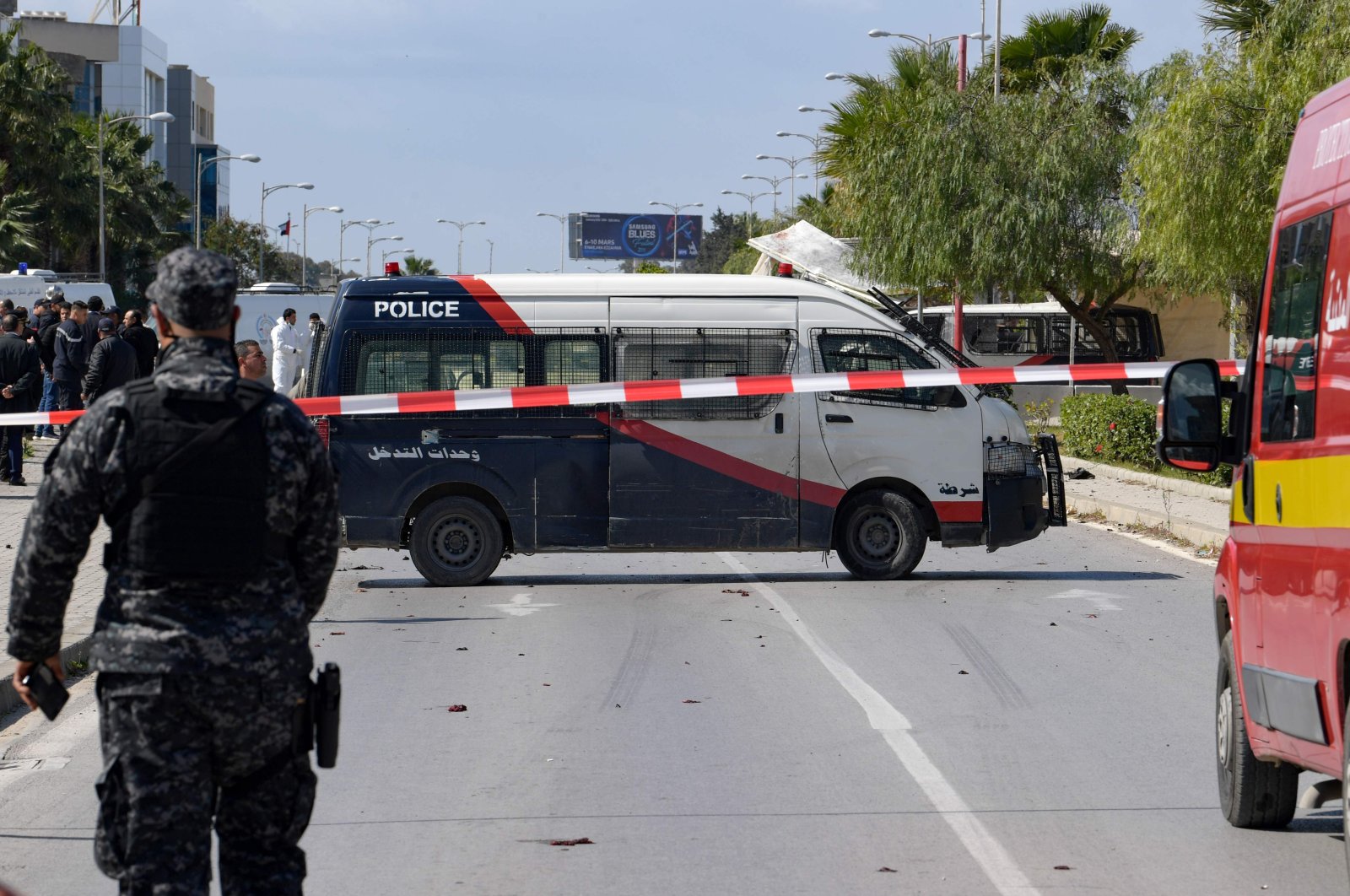 Five police officers were injured after two suicide bombers on a motorbike set off a blast near the U.S. Embassy in the Tunisian capital, Tunis.

Embassy officials confirmed the attack in a tweet and urged people to avoid the area after Tunisia's most serious attack since the summer.

A Reuters reporter saw a scorched, damaged motorbike and a damaged police vehicle a few meters from the embassy's main gate, as a helicopter whirled overhead and large numbers of police gathered.

Radio Mosaique, a local radio station, said the two approached the police patrol as if to seek information before setting off an explosive device.

Sirens could be heard on the major highway linking the Lac district, where the embassy is located, with Tunis and suburbs in the north. Police taped off the area around the blast site, which was littered with debris.

Last summer, Daesh said it was behind three militant blasts in the capital, including one near the French embassy that killed a policeman and another that wounded five people during a security operation to detain a suspect.

Tunisia's critical tourism sector is highly vulnerable to militant incidents and was devastated after two major attacks in 2015, which killed scores of visitors at a beach resort and a popular museum.

Diplomats who have worked with Tunisia on its security capacity say it has grown more effective in preventing and responding to militant attacks in recent years.