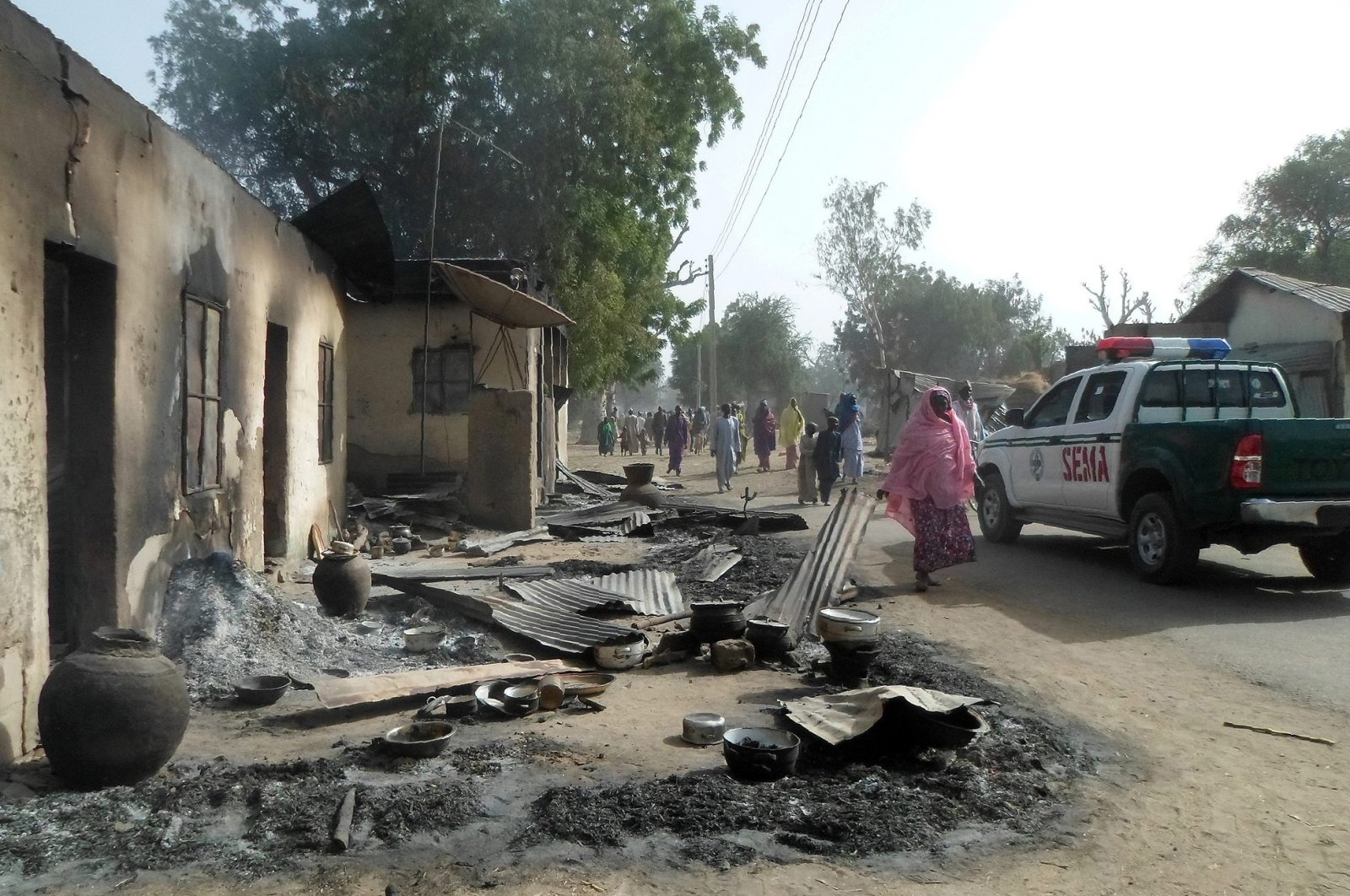 People walk past burnt houses after Boko Haram attacks in Dalori village on the outskirts of Maiduguri in northeastern Nigeria, Jan. 31, 2016. (AFP Photo)
by Compiled from Wire Services Aug 27, 2020 11:17 am
RECOMMENDED

Ali Ndume, a senator and chairman of the Senate Committee on the Army, said at a program he was attending in Maiduguri that members of the terrorist group killed 75 elderly people in the town of Gwoza in Borno state.

Boko Haram launched a bloody insurgency in northeastern Nigeria in 2009, before expanding its attacks to neighboring Niger, Chad and Cameroon, prompting a military response.

Over 3.4 million people have been displaced, including over 2.7 million internally displaced people (IDPs) in northeastern Nigeria, over 684,000 IDPs in Cameroon, Chad and Niger and 294,000 refugees from the four countries, according to the United Nations High Commissioner for Refugees (UNHCR).

Noting that the people of Gwoza are in danger due to attacks by the terrorist group, Ndume said that "even as a senator, I still can't go to Gwoza because it's not safe."

The security forces do their utmost in the region, but people die there every day and the situation is not getting better in the area, he said. Ndume added that apart from the attacks, the people of the region faced hunger and that the situation would worsen if there were no NGOs. The Nigerian authorities have repeatedly claimed the insurgency has been largely defeated.

According to the former military spokesperson for Cameroon, Didier Badjeck, the group has developed underground networks and sleeper cells.

"The issue of Boko Haram's violence is continuing and (it) looks (like) some powers are behind, who want the conflict to continue. In addition to this, porous borders and economic decline in this particular area create a favorable environment for terrorism," he said.

He further said the issue of terrorism was asymmetrical and cannot be defeated only by increasing security. "It needs socioeconomic responses and also as long as big countries are talking to other small countries scornfully, we will not be able to find real solutions to terrorism," Badjeck added.