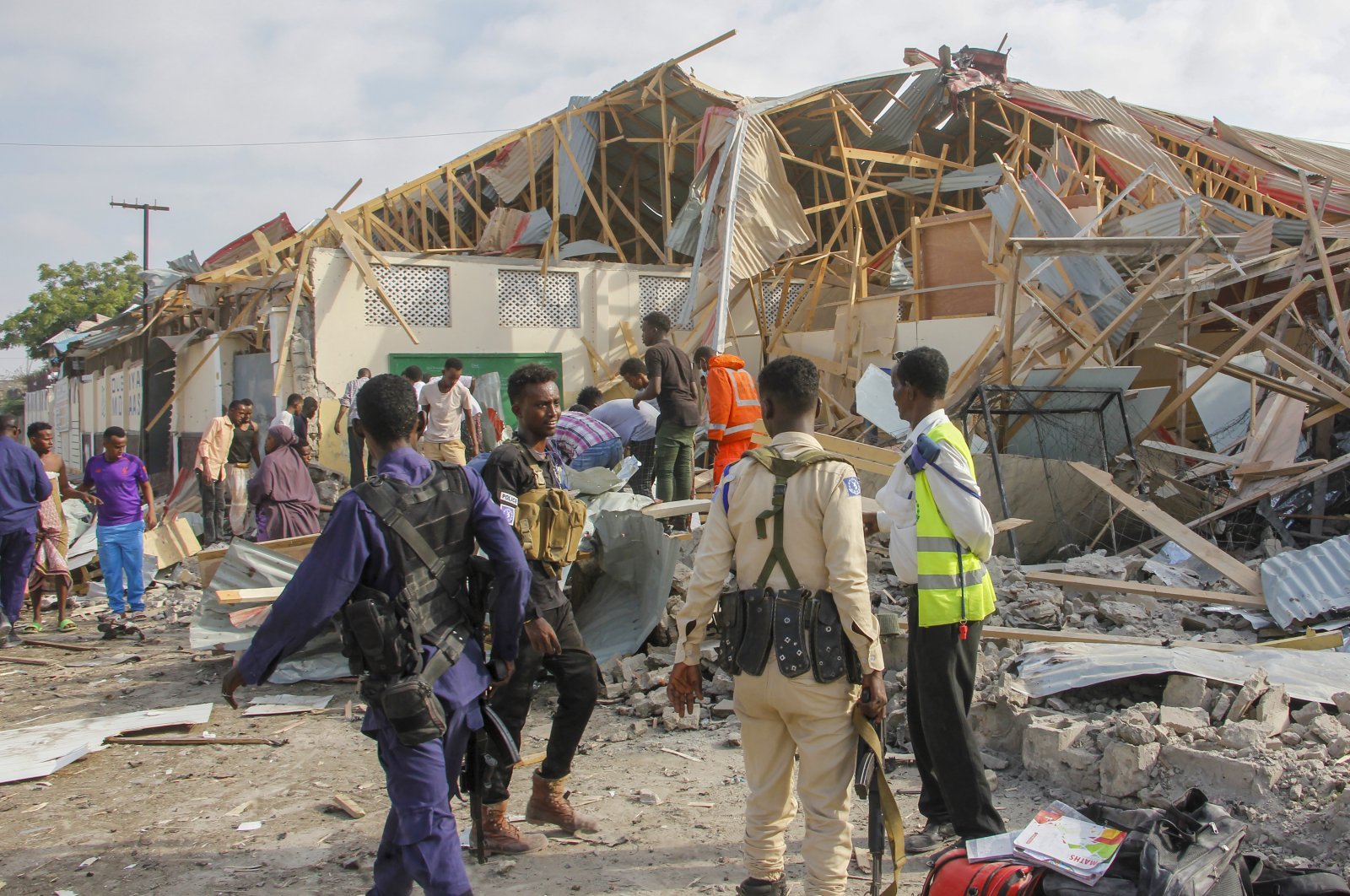 A huge explosion rocked Somalia's capital Mogadishu early on Thursday, triggering a plume of smoke which rose from the blast site amid gunfire, according to a Reuters witness.

Witnesses say a large explosion has occurred in a busy part of Somalia’s capital during the morning rush hour, killing at least eight people.

"Eight civilians were killed and 17 others wounded in the blast," Abdifatah Adan, a spokesman for Somalia's police, said in a brief statement, without giving further details.

"We don't know the target of the attack," he said.

The blast which occurred near the K4 junction in the heart of Mogadishu was so huge it collapsed the walls of nearby schools and also left cars mangled.

"We were shaken by the blast pressure, then deafened by the gunfire that followed," Mohamed Hussein, a nurse at the nearby Osman Hospital told Reuters. He added he had been pulled from the rubble of a collapsed ceiling.

"Our hospital walls collapsed. Opposite us is a school that also collapsed. I do not know how many died," he said.

The extremist group al-Shabab has claimed responsibility. In a statement carried by its Andalus radio the group said it targeted Western officials being escorted by the African Union (AU) peacekeeping convoy. But a witness, Hassan Ali, told the AP that a private security company was escorting the officials and said he saw four of the security personnel wounded.The al-Qaida-linked group frequently targets the capital with attacks.

The militants also claimed two attacks in September that together killed 17 people. A car bombing on September 25 near the presidential palace killed eight people, including the prime minister's adviser for women and human rights, Hibaq Abukar.

Eleven days earlier, nine people, most of them members of Somalia's security forces, died in a blast near a Mogadishu checkpoint.

Al-Shabab controlled the capital until 2011 when it was pushed out by The African Union Mission in Somalia (AMISOM), but it still holds territory in the countryside and launches frequent attacks against government and civilian targets in Mogadishu and elsewhere.