Another body recovered from Tarhuna mass grave in Libya 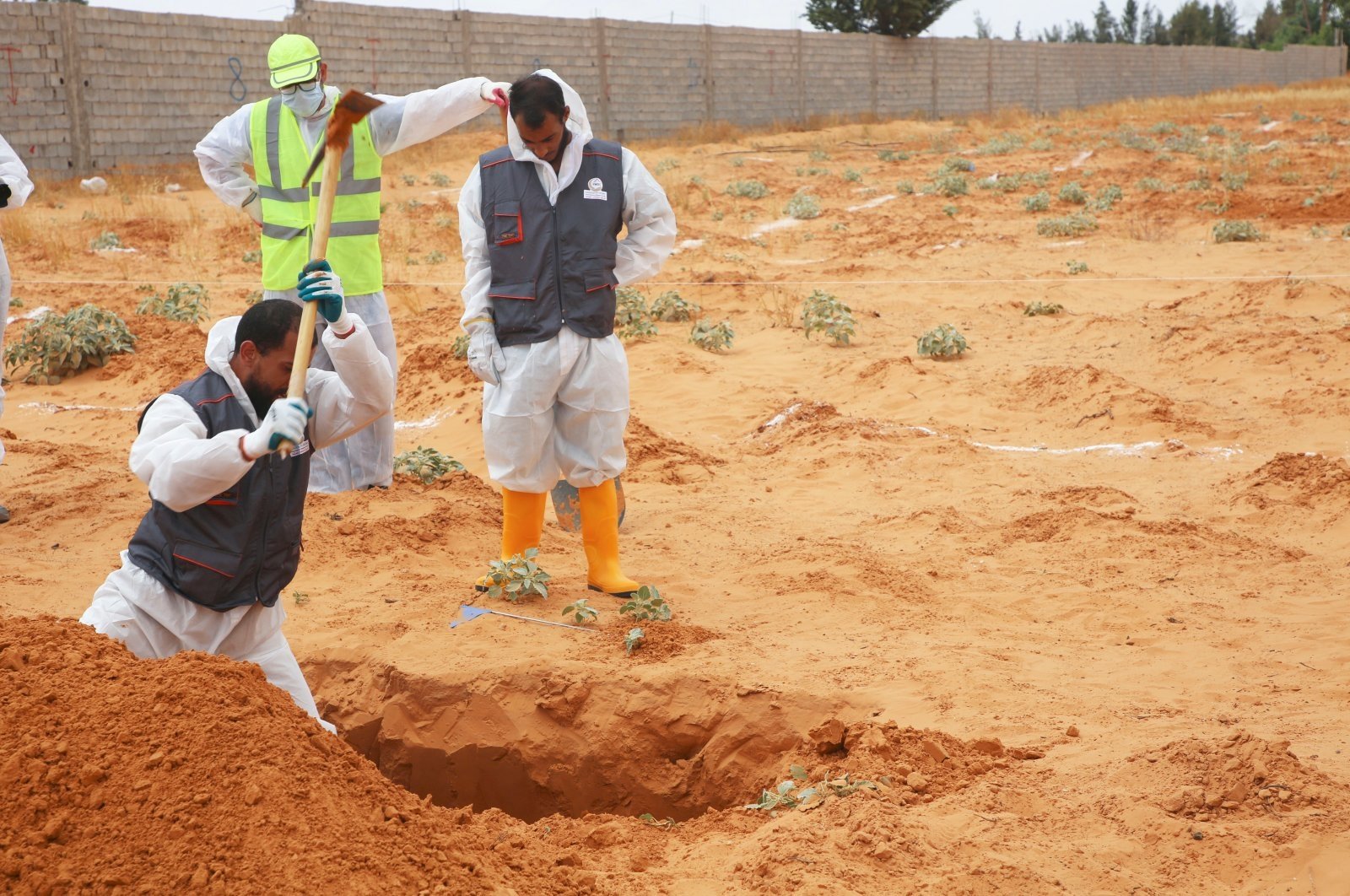 A new body was recovered from a mass grave in Tarhuna city, south of the capital Tripoli, the Libya Observer reported Thursday.

In March, the Libyan authority said it has a list of 3,650 missing persons in different Libyan cities, including 350 in Tarhuna, which was a stronghold of putschist Gen. Khalifa Haftar before he was defeated and forced to leave the city in June 2020.

As of July, over 140 bodies have been exhumed in a slow process that began in June 2020 after the town was captured from eastern-based forces loyal to warlord Haftar. The al-Kaniyat militia had first supported the internationally recognized Government of National Accord (GNA) based in Tripoli, which was mainly backed by Turkey and Qatar.

But when Haftar's forces used Tarhuna as a launchpad for an offensive against the capital in April 2019, the al-Kaniyat switched loyalties. They chose the losing side.

Human Rights Watch (HRW) says at least 338 people were abducted or reported missing during the five-year rule of the al-Kaniyat. "Residents reported that the militia often abducted, detained, tortured, killed and (caused the) disappearance of people who opposed them or who were suspected of doing so," the HRW said.