Around 50 feared dead in DR Congo mine collapse 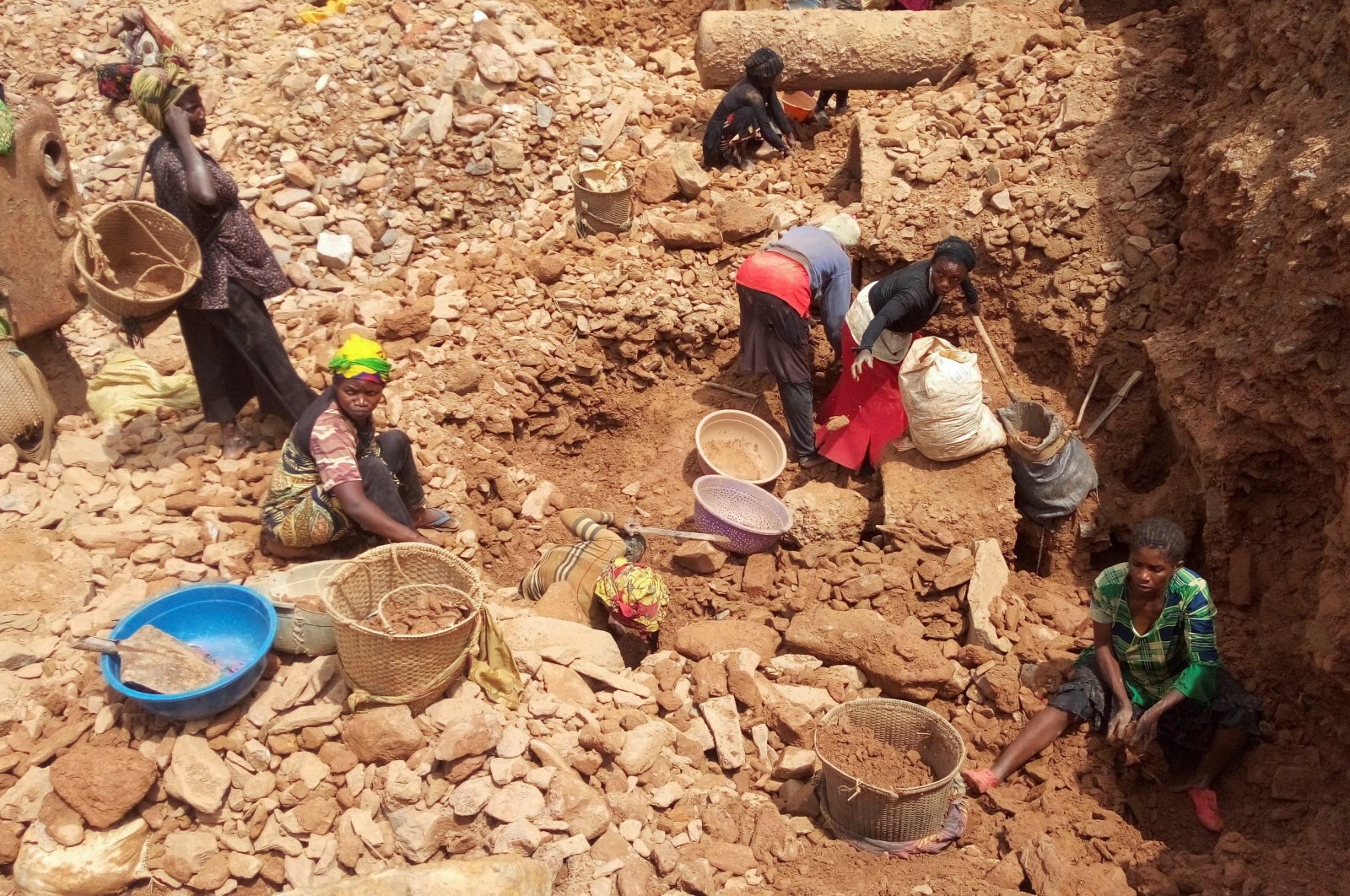 Congolese miners work at an artisanal gold mine near Kamituga in the east of the Democratic Republic of Congo, May 22, 2019. (Reuters Photo)
by French Press Agency - AFP Sep 12, 2020 6:58 pm
RECOMMENDED

About 50 people are feared dead after an artisanal gold mine collapsed in the eastern Democratic Republic of Congo following torrential rain, a regional governor said Saturday.

The accident in the makeshift mine occurred on Friday in the town of Kamituga, in South Kivu province, about 270 kilometers (170 miles) southwest of the regional capital Bukavu.

DR Congo's mineral-rich but volatile east faces regular attacks from a plethora of militias and rebel groups which operate freely in the region.

Provincial governor Theo Ngwabidje Kasi deplored "the tragic deaths of 50 people, most of them young."

However, Kamituga mayor Alexandre Bundya said "we are not yet sure of the exact number" of victims.

A local resident who was at the scene, Jean Nondo Mukambilwa, told Agence France-Presse (AFP) only one body had been found so far.

He said torrential rain had flooded a river close to the mine.

"Water went into the three tunnels. When people tried to get out, there was no way as the water was flowing strongly, with high pressure."

Hundreds of people gathered at the entrance to one of the tunnels, a video sent by the witness to AFP showed.

Men using shovels were trying to clear the entrance to the narrow passageway, as Red Cross workers stood waiting.

The mayor decreed a two-day mourning and called on locals to help extract the bodies from the ground.

"Investigations must be carried out to find out the causes of this disaster," said a representative of civil society, Nicolas Kyalangalilwa.

"The authorities must take responsibility instead of taxing" these miners.

In June 2019, at least 39 men died when a copper mine in Kolwezi, in the southeastern Katanga region, partially collapsed.

Because many such mines are in remote areas, however, the accidents are under-reported. DR Congo has huge reserves of gold, cobalt, copper and coltan.

It is the world's largest producer of cobalt, which is crucial for making batteries used in mobile phones and electric vehicles.

The illegal miners sell what they find to local traders, who sell it on to large foreign companies and usually are paid a pittance.

Mining hardly benefits the more than DR Congo's 80 million people. The World Bank said in 2018 that 72% of the population lived on less than $1.9 a day.

Most Congolese earn their living in informal economic sectors such as makeshift mining.

According to a report by London-based specialist firm Darton, up to 16% of the cobalt extracted in the mineral-rich Katanga province came from illegal miners.