At least 27 civilians, including children, massacred in northeast DR Congo 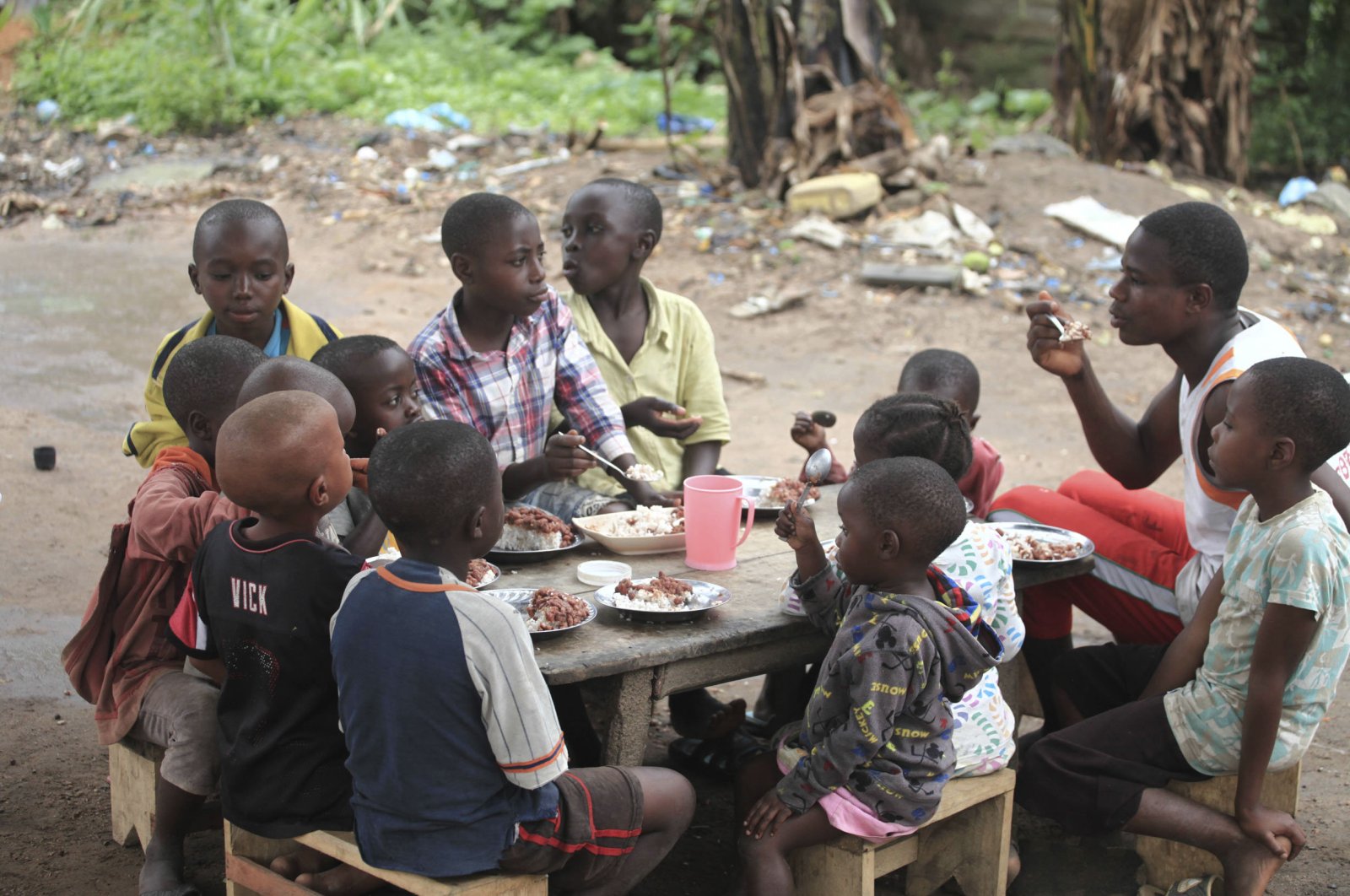 Children orphaned in attacks by rebel groups eat under a tree after being taken in by a local woman, in eastern Democratic Republic of Congo, June 4, 2018. (AP Photo)
by French Press Agency - AFP May 17, 2020 10:45 pm
RECOMMENDED

Women and children were among at least 27 civilians murdered in two separate attacks in the troubled northeast of the Democratic Republic of Congo, local officials told Agence France-Presse (AFP) on Sunday.

The first incident, in the Ituri province, is believed to have been carried out by a notorious regional militia overnight Saturday to Sunday. The second took place close to Beni.

"We have 20 people killed for now and 17 wounded, some of them admitted to hospital," Adel Alingi, a Djugu territory administrator, told AFP, adding that a notorious regional militia was suspected of carrying out the latest massacre overnight Saturday to Sunday.

Pilo Mulindro, a tribal chief, told AFP by telephone that "the victims are of all ages, children, youths, women and old men, killed by machete, by knife or by firearm."

Local authorities blamed the Cooperative for the Development of Congo (CODECO) for the massacre, one of dozens of armed groups spread across the conflict-wracked country.

CODECO is accused of the murder of hundreds of civilians this year alone.

Its members are mainly drawn from the Lendu ethnic group, who are predominantly farmers, and clash repeatedly with the Hema community of traders and herders in Ituri – a region rich in gold and oil.

On Sunday, the attack apparently came from a Lendu area whereas the victims were ethnic Hema, a local source said.

In the Djugu territory, which covers more than 8,000 square kilometers (3,000 square miles), villages from both groups are interspersed and military spokesmen Jules Ngongo told AFP, "No army in the world can be everywhere in a zone like Djugu."

Two U.N. battalions are also posted in the province and are backed up by Uruguayan special forces troops, the U.N. peacekeeping mission MONUSCO said in late April.

Tens of thousands were killed in the region between 1999 and 2003. The U.N. says most victims were targeted because they were Hema.

The conflict has reignited in recent years and a U.N. report said in January that some deaths might constitute a "crime against humanity."

In the second attack, close to the town of Beni, seven people were killed by the Allied Democratic Forces (ADF), said a local official.

"There was an incursion. The ADF managed to kill seven people and wounded four others," Donat Kibwana, the region's administrator, told AFP.

The incursion took place in the morning in Kokola, about 45 km north of Beni in a part of North Kivu province where the ADF has been accused of the massacre of nearly 400 people since November.

"We are calling the army to help us neutralize the ADF who continue to make us mourn," he added.

For the entire country, the number of victims from ethnic violence is almost 1,000 since December 2017.

According to the UNHCR on May 8, the toll this year was at least 274 people killed and 200,000 who have fled the violence.