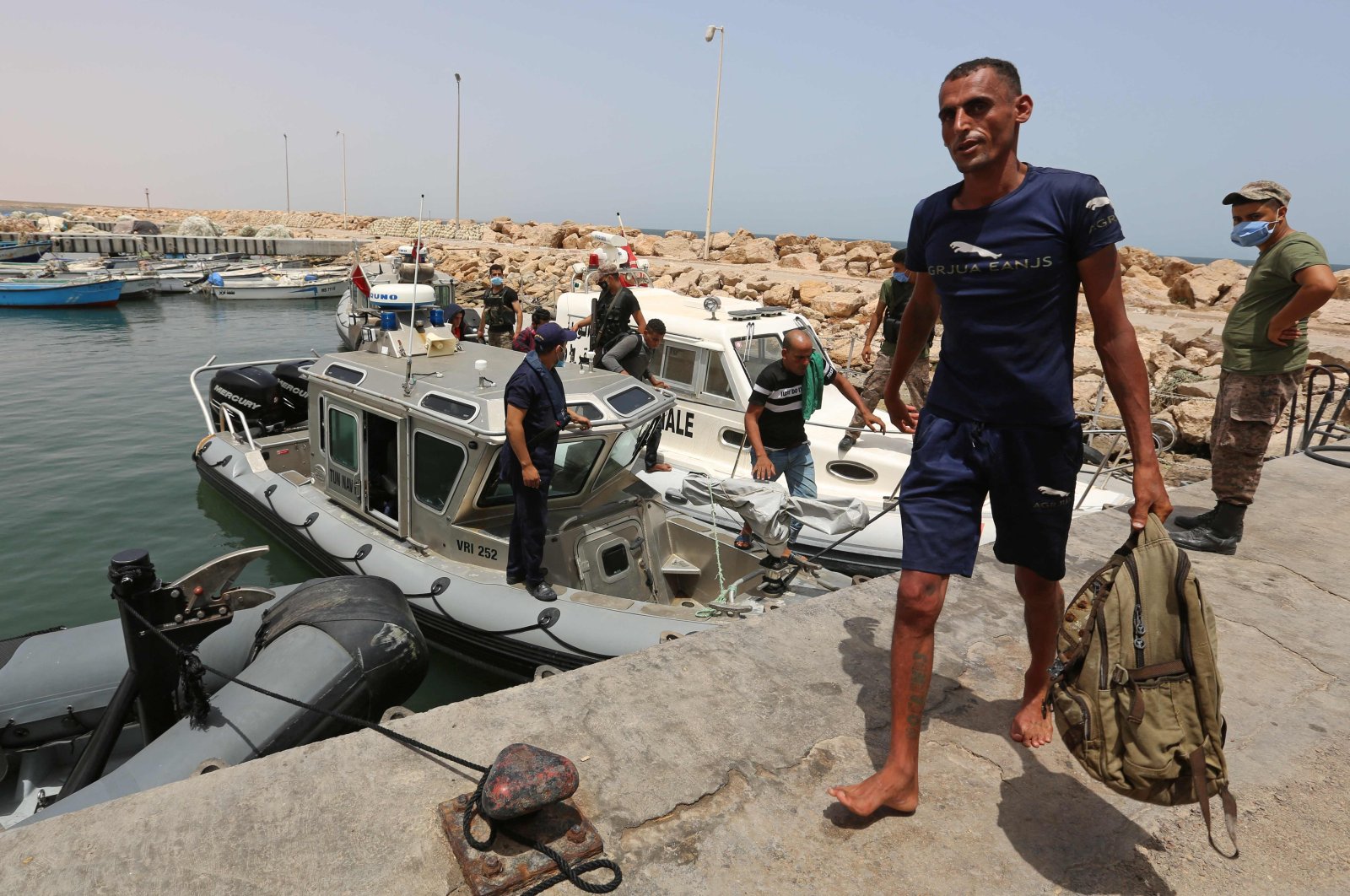 Migrants rescued by Tunisia's national guard during an attempted crossing of the Mediterranean by boat, arrive at the port of el-Ketef in Ben Guerdane in southern Tunisia near the border with Libya, June 27, 2021. (AFP Photo)
by ASSOCIATED PRESS Jul 03, 2021 8:11 pm

A boat with migrants capsized overnight off the coast of Tunisia Saturday, killing 43 people, the Tunisian Red Crescent said. Some 84 migrants were rescued.

Mongi Slim, head of the organization, told The Associated Press (AP) that the boat, which was carrying 127 migrants, left Libya's coastal city of Zuwara Friday to cross the Mediterranean Sea toward Italy. He said 46 Sudanese, 16 Eritreans and 12 Bengalis were among the migrants.

The defense ministry's spokesperson, Mohamed Zekri, said the 84 migrants were rescued by fishermen. He declined to confirm the drowning of the other migrants.

Last week, Tunisian coast guards found seven bodies on the beaches of Djerba, an island off the southern coast. They were buried at the cemetery for migrants in Zarzis, Tunisia, who perished in the Mediterranean Sea.

The head of the Red Crescent, meanwhile, launched an urgent call about the fate of hundreds of migrants who escaped death as his organization has no means to provide housing.

"The three centers in Zarzis are full and cannot shelter more people. We also have 380 other migrants in confinement in Djerba with nowhere to go,” Slim said.