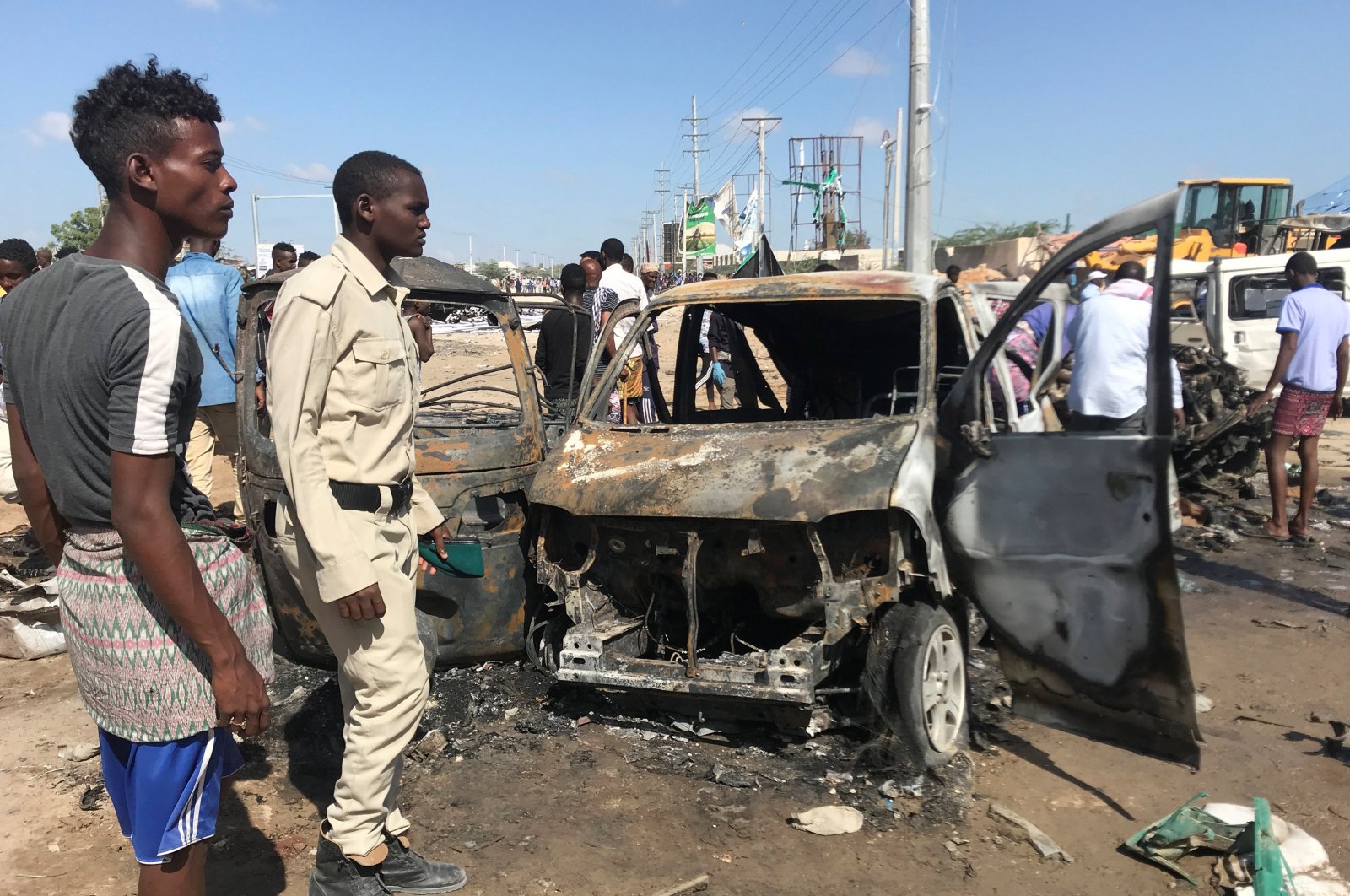 Somali security assess the scene of a car bomb explosion at a checkpoint in Mogadishu, Somalia Dec. 28, 2019. (Reuters Photo)
by Compiled from Wire Services Sep 07, 2020 3:16 pm

Five Somali special forces soldiers were killed and a U.S. officer was seriously wounded in a car bomb on Monday outside the force's base in the country's south, a regional Somali government official said.

The bomber detonated a vehicle packed with explosives at the entrance to a military base in Janay Abdalla, a village about 60 kilometres (37 miles) outside the southern port city of Kismayo.

Al-Qaida linked militant group al-Shabab said they were behind the attack and put the number of dead at 20. It also claimed that four U.S. personnel have died in the attack.

"We attacked U.S. and Somali forces called Danab in Jana Cabdalle village with a suicide car bomb. We killed four U.S. officers, and 16 Somali forces which they trained," Abdiasis Abu Musab, it's military operation spokesperson, said in a statement.

The government and al-Shabab often give different numbers of casualties.

Al-Shabab has been fighting to topple Somalia’s central government since 2008 to establish its own rule. In 2010, al-Shabab declared its allegiance to al-Qaida. The terrorist group carries out frequent bombings to try to undermine Somalia's central government, which is backed by the United Nations and African Union peacekeeping troops. The most deadly attack blamed on al-Shabab was in 2017 when a truck bomb exploded next to a fuel tanker in Mogadishu, killing nearly 600.