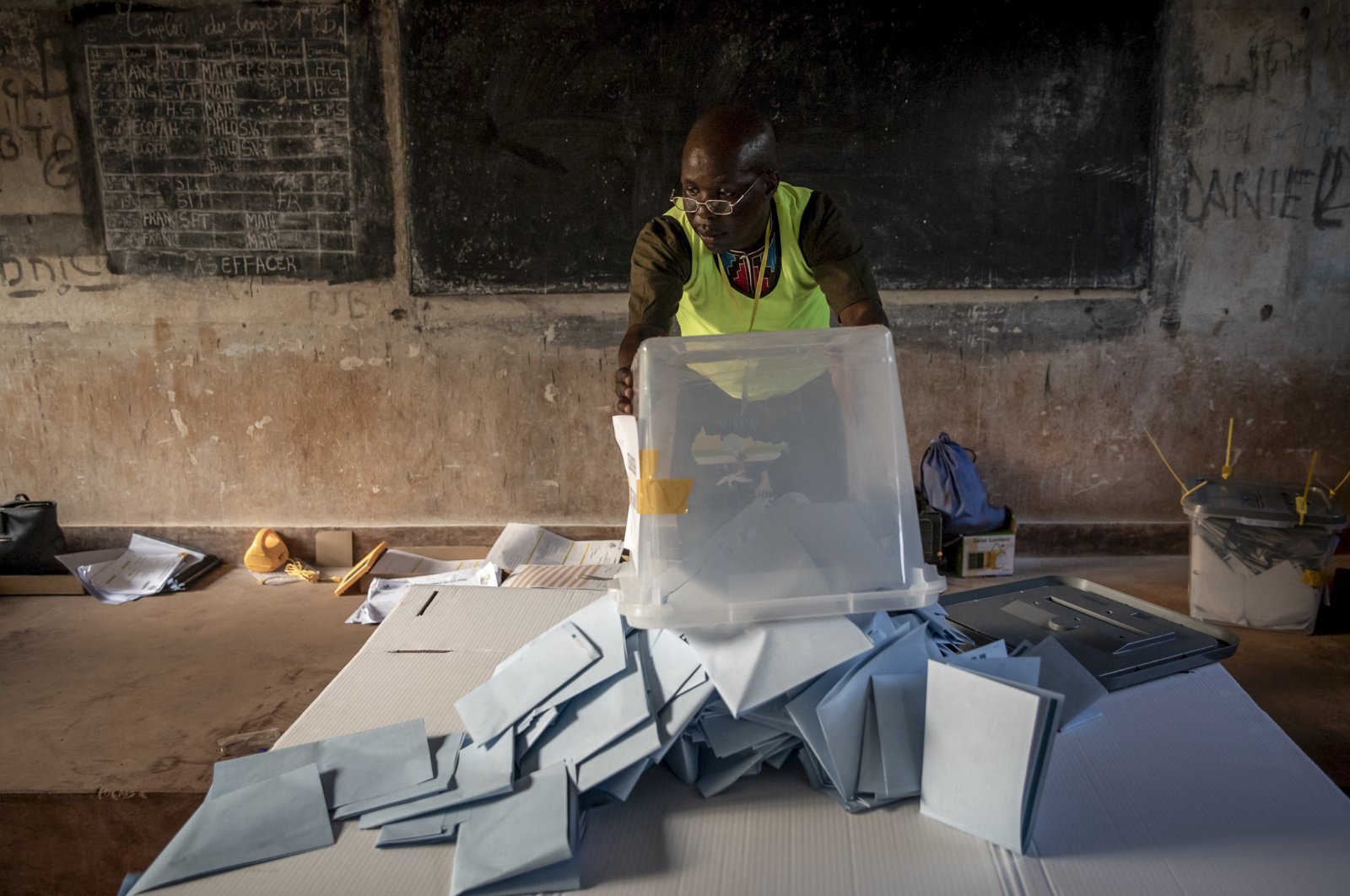 Central African Republic held presidential and legislative elections Sunday amid fears of violence after a campaign period marked by fighting between rebels and government forces.

Voters came out in large numbers in the capital, while in other parts of the country fewer people went to polling stations because of fears of violence or boycotts by the rebel coalition. Some polling stations remained open late to allow more voters to cast their ballots. Despite calls from the opposition to delay the vote amid the insecurity, the Constitutional Court rejected a postponement. President Faustin-Archange Touadera, seeking a second term, tried to reassure candidates and voters that the voting would be secure. This is the central African country’s first election since a peace deal was signed between the government and 14 rebel groups in February 2019, although fighting continues.

"The vote is a right, a right for Central Africans. Each person has the power in the constitution of this country ... each citizen has the right to freely choose his leaders,” Touadera said after casting his ballot. "This is quite important for the Central African Republicans who are searching to get out of these moments of crisis ... the right way ... for the development, the well-being of our country and our population. It is democracy, it is the free choice of the leaders by the people.” Touadera criticized the perpetuation of violence, saying it has dragged the country into chaos and adding that measures will be taken accordingly. Three peacekeepers from Burundi were killed and two others wounded Friday by armed combatants.

The U.N. retook the town of Bambari last week from rebels. Rebel groups have also seized several towns near the capital, Bangui, and after forming a coalition, boycotted the vote in some parts of the Central African Republic. The U.N. Special Representative for Central African Republic, Mankeur Ndiaye, said he considered the elections in the capital of the country a "success.” "We have observed that the process is going very well, with calm and serenity in Bangui. The population has gone out in large numbers to exercise their right to vote,” Ndiaye said. He said, however, that there were incidents in some regions where ballot boxes were burned and rebel groups tried to prevent people from voting.

Catherine Samba-Panza, who was the Central African Republic’s transitional president from 2014 to 2016 voted. "I came to prove my determination in a context where there are a lot of rumors. I voted and I encourage my children to vote,” she said. The presence of international forces reassured many voters, according to voter Ousmane Haroun. "The presence of the MINUSCA (U.N. mission) soldiers reassures us,” he said. "There is security, and I think it will be a stimulus for the undecided.” One of the main opposition candidates, Anicet Georges Dologuele, voted Sunday at Bangui’s Town Hall. "We are determined to turn the Touadera era,” he said. However, in other parts of Central African Republic, violence kept voters from the polls.

Many residents of the town of Bangassou in the nation’s southeast were fleeing because of the fighting, residents said. "My wife and children crossed to the other side of the bank toward Congo because of the violence,” said Christian Kombro a teacher from the town. The government blames the unrest on former President Francois Bozize, who returned from exile a year ago and has been blocked from running in the election. He has been accused of joining up with armed groups to destabilize the country and launch a coup. Bozize on Sunday stated his support for the coalition and their boycott of the vote.

"Stay home I beg you all ... The organization of botched elections is dedicated to its failure,” he said, calling for dialogue. Rwanda and Russia have each sent hundreds of troops to the country to support the government. Sixteen candidates are running for president, including three women. More than 1,500 candidates are running for 140 seats in the national assembly. More than 1.86 million voters are registered, but more than 598,000 refugees in neighboring countries will not be able to vote, according to the U.N. Parties in the Democratic Opposition Coalition known as COD-2020 last week said seven of its candidates pulled out of the election, citing the violence.

The parties had wanted the vote to be delayed, alleging poor preparations and an electoral body influenced by the president. Experts warn of a strong chance of further violence if the opposition doesn’t accept the election results. The mineral-rich Central African Republic has faced deadly inter-religious and inter-communal fighting since 2013, when predominantly Muslim Seleka rebels seized power from Bozize after long claiming marginalization. Resistance to Seleka rule eventually led to Muslims being targeted en masse, with some beaten to death, mosques destroyed and tens of thousands forced from the capital in 2014.

Despite a 2019 peace agreement between the government and 14 rebel groups, intermittent violence and human rights abuses have continued. The most recent insecurity began after the Constitutional Court rejected the candidacy of Bozize, on the grounds that he did not satisfy the "good morality” requirement. Bozize, who took power in a coup in 2003 and ruled until 2013, faces an international arrest warrant for "crimes against humanity and incitement of genocide.” He also faces U.N. sanctions for his alleged role in supporting the anti-Balaka groups that resisted the Seleka in 2013.