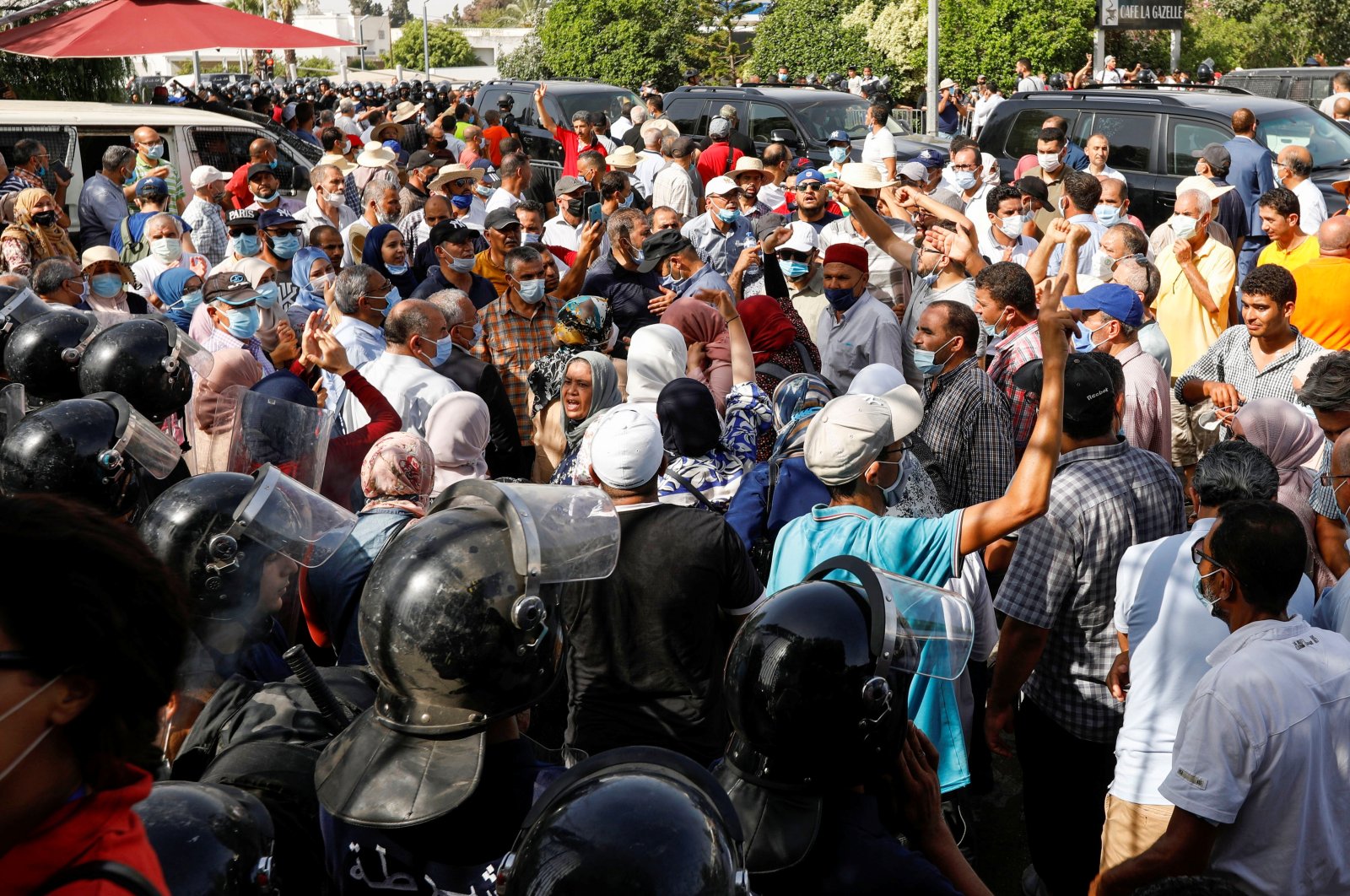 Injuries were reported as street clashes erupted Monday outside Tunisia's army-barricaded parliament between the supporters of the Ennahdha movement and backers of Tunisian President Kais Saied after he suspended the legislature and fired the prime minister following nationwide protests over the country’s economic troubles and the virus crisis.

The tensions escalated as soldiers from early Monday blockaded the assembly in Tunis while, outside, the president's supporters hurled volleys and stones at backers of Ennahdha, whose leader staged a sit-in to protest being barred entry.

"The suspension of parliament is unconstitutional, illegal and baseless,” Ghannouchi said in a statement published on the assembly’s Facebook page."

"The parliament is still standing and will carry out its tasks,” he said.

On Sunday, Saied dismissed the government of Prime Minister Hichem Mechichi, froze parliament and assumed the executive authority with the assistance of a new prime minister.

Saied said his decisions are in line with article 80 of the Constitution, which allows the president to take exceptional measures under serious threats to protect the country.

The article, however, conditioned taking such measures in consultation with the head of the government and the parliament speaker. Ghannouchi stressed that he was not consulted by the Tunisian president regarding Sunday’s decisions.

"We assure the Tunisian people and Tunisia's friends in the world that its free voice will never diminish," Ghannouchi said.

Tunisia has been in the grip of a deep crisis since Jan. 16, when Mechichi announced a cabinet reshuffle but Saied refused to hold a ceremony to swear in the new ministers. Tunisia also faces an unprecedented spread of the COVID-19 strains in most states, causing a rapid spread of the virus.

Tunisia is seen as the only Arab country that succeeded in carrying out a democratic transition among other Arab countries that also witnessed popular revolutions that toppled the ruling regimes, including Egypt, Libya, and Yemen.