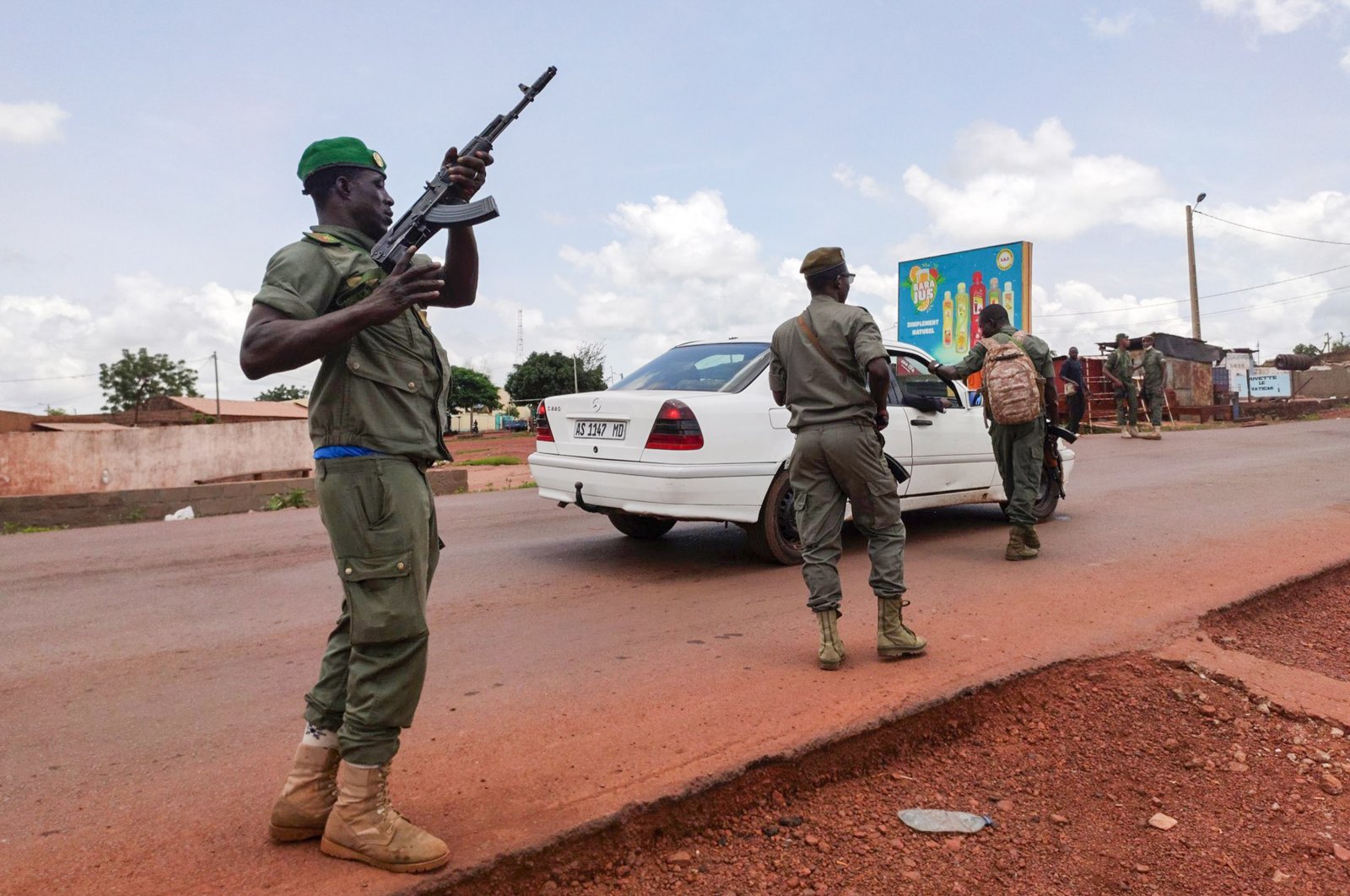 Western countries, including France and the U.S., have voiced deep concern over a military takeover in Mali that could further destabilize the West African region

The political chaos led by a coup attempt against Mali's President Ibrahim Boubacar Keita was met with alarm by the U.S. and former colonial ruler France, whose involvement in the country's affairs has deepened decades after the country gained independence.

France’s role has prompted some accusations that it is seeking to reprise its colonial past in the region. For France, Mali has strategic importance for what some call France’s "Forever War" in the Sahel, the expanse spanning the southern Sahara.

A coup against Keita means a major diplomatic setback for France’s President Emmanuel Macron and its policy in the region as he has led the G-5 Sahel mission against militants in Mali and its neighboring countries in the hope of establishing a force that could replace its own Operation Barkhane force.

Tuesday's attempted military takeover is a troubling repeat of the events leading up to the 2012 coup, which unleashed years of chaos in Mali when the ensuing power vacuum allowed militant groups to seize control of northern towns.

Landlocked Mali has struggled to regain stability since a Tuareg uprising in 2012, which was hijacked by militants linked to al-Qaida, and a subsequent coup attempt in the capital plunged the country into chaos. Keita, 75, came to power in 2013 following the Bamako coup promising to bring peace and stability and fight corruption. He won reelection for a second five-year term in 2018.

The subsequent French military intervention, Operation Serval, in 2013 aimed to stabilize the region, including the neighboring countries of Niger, Algeria, Nigeria, and Mauritania.

Since then, it has been accused of trying to extend its influence in its former colonies in Africa, especially Mali and Chad, by increasing its troop numbers

France has used northern Mali as a buffer zone to prevent militant threats spreading across the Sahel region, towards the borders of Niger.

The region, which has been destabilized by the various militant groups in Niger, the world's fourth-largest producer of uranium, plays a crucial role for France. Niger's security is a top priority for France as this is where the country's biggest economic priorities lie.

France has reportedly invested 1.9 billion euros ($2.26 billion) in the development of the large uranium deposits on the eastern borders of Niger in 2014.

The U.S. has also a keen interest in a stable Malian government whose interests align with the West.

Africa’s Sahel has been at the forefront of U.S. foreign policy following the coup d’etat in Mali in 2012. The New York Times reported in December 2019 that the U.S. was considering a reduction or even a full withdrawal of U.S. troops from West Africa.

The U.S. has between 6,000 and 7,000 troops in Africa, mainly stationed in the region. The possible reduction of U.S. troops in Africa is reportedly part of a worldwide review by U.S. Defense Secretary Mark Esper, who is looking for ways to tighten the focus on China and Russia while ending its support for French military efforts.

Tuesday's developments were also condemned by the African Union and the regional bloc known as ECOWAS, which had been trying to mediate Mali's political crisis. U.N. Secretary-General Antonio Guterres sought "the immediate restoration of constitutional order and rule of law," U.N. spokesman Stephane Dujarric said.

The Turkish Foreign Ministry expressed concern about the Malian president's forced resignation as a result of a coup led by a group of mutineers in the military, as Ankara pledged to support the people of Mali during this difficult period.
In a statement published Wednesday, the Foreign Ministry said it expects the speedy reestablishment of the constitutional order, peace, security and stability in the country and the release of President Boubacar Keita and other state officials.
“We support the efforts of the U.N. the African Union and ECOWAS in this regard,” the ministry said, adding that Turkey will continue to stand with the people of Mali.