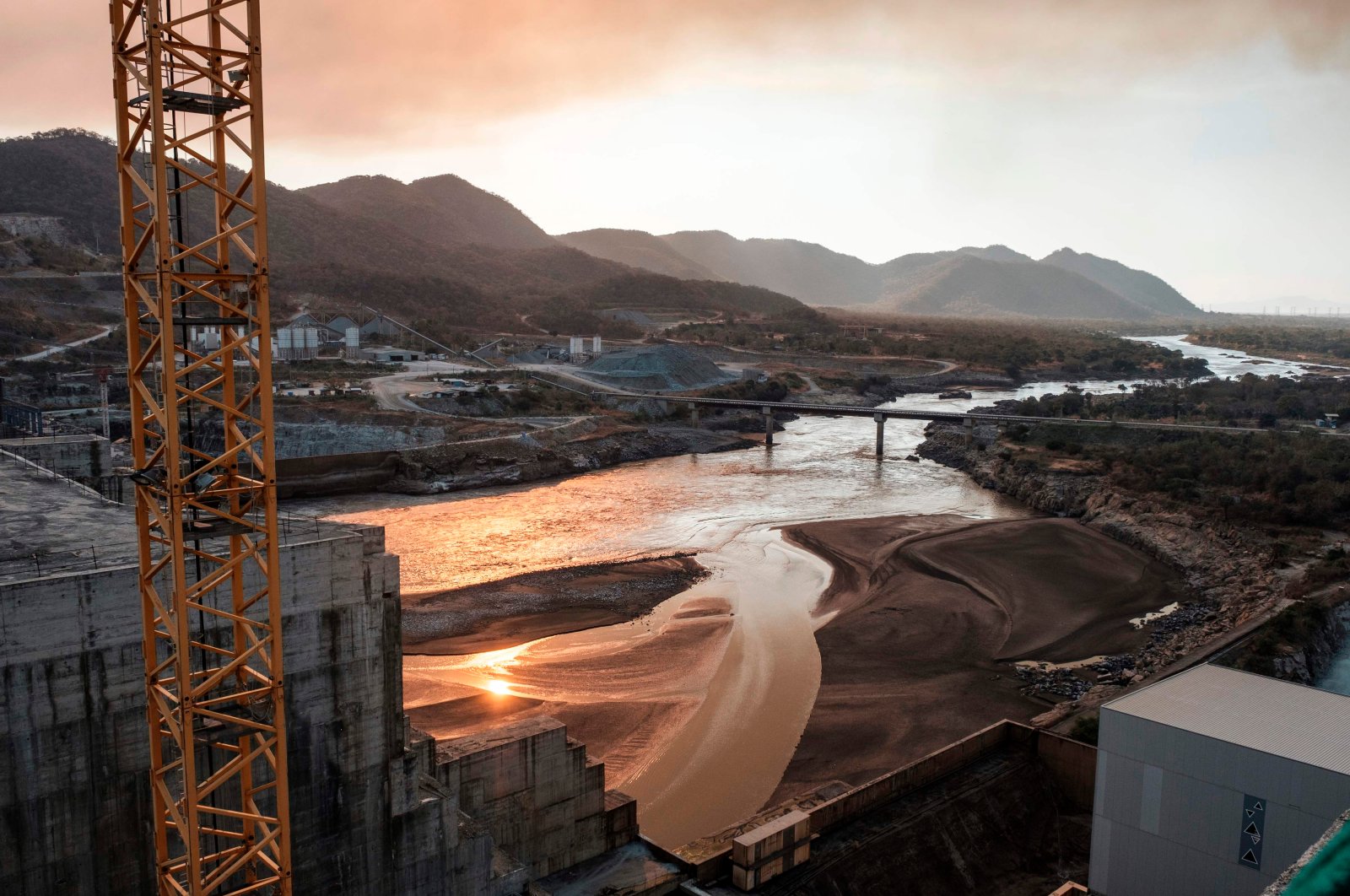 Egypt, Ethiopia and Sudan failed to reach an agreement during a new round of talks hosted by the African Union (AU) to regulate the flow of water from the giant Blue Nile hydropower dam built by Addis Ababa, the three countries said.

The AU launched its mediation effort two weeks ago, involving 11 online sessions to end the deadlock over the filling and operation of the $4 billion Grand Ethiopian Renaissance Dam (GERD) on the Blue Nile, which flows into the Nile.

The dam is the centerpiece in Ethiopia's bid to become Africa's biggest power exporter but has sparked concerns in Cairo that Egypt's already scarce supplies of Nile waters, on which its population of more than 100 million people is almost entirely dependent, would be further restricted.

"Unchanged and additional and excessive demands of Egypt and Sudan prohibited the conclusion of this round of negotiation by an agreement," said Ethiopia's Ministry of Water, Irrigation and Energy in a statement Tuesday.

It did not elaborate but said Ethiopia was willing to show flexibility as talks would continue.

The Egyptian irrigation ministry said Monday that all three countries would submit a report on the talks to mediator Cyril Ramaphosa, the South African president and AU president who is preparing a new mini-summit.

"The desired goal is to always reach an agreement, and it is the thing we are trying to achieve," Egyptian Foreign Minister Sameh Shoukry told local TV.

Sudan's information minister, Faisal Saleh, said Monday that the issue must be resolved through dialogue and a fair solution was necessary to limit the negative impact of the dam.

The three countries had been expected to sign an agreement in Washington in February, but Ethiopia skipped the meeting and only Egypt initialed the deal.

The GERD is being built about 15 kilometers (9 miles) from the border with Sudan on the Blue Nile, the source of most of the Nile’s waters.

Sudan and Egypt have sought a legally binding agreement before the dam is filled. Ethiopia said it would start filling the reservoir, even without a deal over its operation, at the start of the wet season in July when rains flood the Blue Nile. The declared window of two to three weeks to resolve the dispute is closing fast.

For Ethiopia, the colossal dam offers a critical opportunity to pull millions of citizens out of poverty and the possibility of becoming a major power exporter.

Years of talks with a variety of mediators, including the Donald Trump administration in the U.S., have failed to produce a solution.

Filling the GERD without a deal would sharply escalate tensions in the bitter dispute. Experts fear it could push the countries to the brink of military conflict.

"All of the efforts exerted to reach a solution didn’t come to any kind of result,” said Shoukry Monday in an interview with Egypt’s DMC TV channel.

Shoukry warned that Egypt may be compelled to appeal again to the U.N. Security Council to intervene in the dispute, a prospect Ethiopia rejects, preferring regional bodies like the AU to mediate.

"If there is something that threatens the regional security of Egypt and international security, it is the main responsibility of the Security Council to adopt procedures that will prevent this,” he said.

Between Egypt and Ethiopia lies Sudan, literally and figuratively. The African country stands to benefit from Ethiopia’s project through access to cheap electricity and reduced flooding, but it has also raised fears over the dam’s operation, which could endanger its own smaller dams, depending on the amount of water discharged daily downstream.

While the parties were "keen to find a solution,” technical and legal disagreements persist over its filling and operation, he said. Most importantly, he said, are the unresolved questions of how much water Ethiopia will release downstream if a multiyear drought occurs, and how the countries will resolve any future disputes.

Hisham Kahin, a member of Sudan’s legal committee in the dam negotiations, said 70%-80% of the negotiations turned on the thorny question of whether an agreement would be legally binding. Ethiopia, he said, fears a binding agreement will hinder its future development projects. Sudan and Egypt consider it critical.

"All suggestions are under discussion,” said Kahin. "We have made very little progress.”